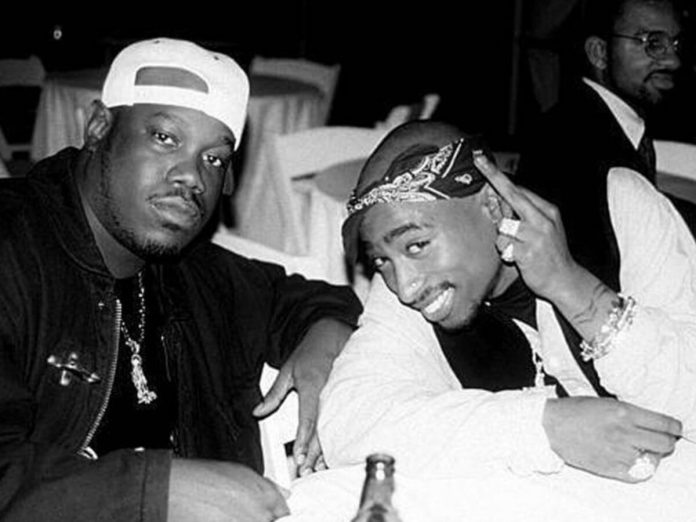 Walker was gunned down behind the wheel of his SUV in the early morning hours of November 30, 1995 in his family’s Queens Village neighborhood. Nobody has ever faced charges in Walker’s homicide.

Ronnie (Tinard) Washington will be going to trial in February on charges of murdering Run DMC’s Jason Mizell aka Jam Master Jay back in October 2002. The 58-year old Washington is already in state prison out of New York for a series of armed robberies committed with a BB gun.

Walker was close to both rap greats Notorious B.I.G. and Tupac Shakur, who died themselves in similar-style gangland hits in the years that followed. Walker’s drive-by slaying in 1995 was the second committed in the East Coast-West Coast Rap War that broke out in the mid-1990s and lasted into the New Millenium. His murder took place on the one-year anniversary of the infamous Quad Recording Studio Shooting which left Tupac Shakur a victim of a robbery and shot five times and ignited the East Coast-West Coast Rap

Shakur blamed Notorious B.I.G. for setting him up in the recording studio attack where Walker was present as well. Walker was a member of the Live Squad rap group and Tupac’s Thug Life side project. Tupac had just gotten out of prison on an appeal bond when Walker was slain.

Walker, 27, was killed on his way to a party hosted by Notorious B.I.G after a recording session with Queens rap legend Nas. He got caught up directly in the “Biggie”-‘Pac beef, but Walker’s murder was allegedly related to a botched 10-kilo cocaine transaction he was held responsible for, per multiple informants for the government. At the time of Walker’s death, he wasn’t on speaking terms with Tupac due to Tupac being offended by Walker’s continued association with Notorious B.I.G.

Shakur was shot to death in Las Vegas in September 1996 after attending a Mike Tyson pro-boxing fight at Caesar’s Palace. Notorious B.I.G. was killed in a drive-by shooting in L.A. in March 1997 following a music industry event at the Peterson Automotive Musuem off Fairfax. The native Brooklyn MC was visiting Southern California in the late winter and early spring of ’97 to promote his new double-album Life After Death and try to quell tensions in the by then out-of-control bi-coastal feud.

Stretch Walker, his brother Christopher aka “Majesty” and their Live Squad were signed to Tommy Boy Records through an introduction via Tupac’s music-game mentor, Greg (Shock G) Jacobs of Oakland’s best-selling Digital Underground rap crew. Walker came under attack the day he was killed after dropping Majesty off at their mother’s home in Queens. Walker’s killers gave chase and finally fatally wounded Walker with four bullets in the back, neck and head after he crashed his vehicle into a telephone pole on 112th and 209th Streets.

Jacobs introduced Walker and Shakur. Walker produced two tracks for Shakur’s 2Paclaypse Now album and then another two on Strictly 4 My N.I.G.G.A.Z. His rapping and production on the Tupac “deep-cut classic” Pain from the Above The Rim soundtrack is frequently praised as his best work by critics and fans alike.