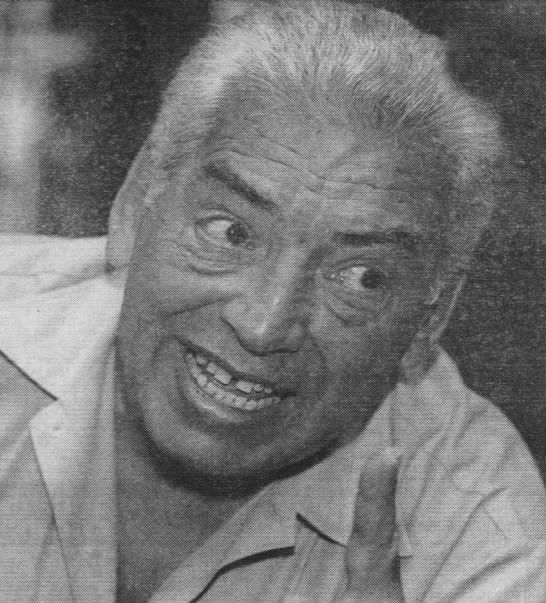 June 10, 2022 — The Greek mafia don of Queens, New York, Spyredon (Spiro the Greek) Velentzas was convicted of ordering the gangland slaying of Lucchese crime family associate Sorecho (Sammy the Arab) Nalo, but others point the finger at bosses in the Lucchese clan. Nalo, a world-famous thief and racketeer from Detroit, was gunned down in his travel agency on October 25, 1988, while talking on the phone to Velentzas amid a dispute over gambling territory.

The 86-year old Velentzas has been in federal prison serving a life sentence since 1992 for Nalo’s murder. This past week, he filed a motion for a compassionate release because of an increasingly bothersome series of health maladies. Gangland News’ Jerry Capeci was the first to report on Spiro the Greek’s newest plea for freedom.

Hailing from Iraqi descent, Sammy the Arab came to New York from Detroit in the 1960s and hooked up with a Lucchese crime family faction led by Christopher (Christie Tick) Furnari, a future consigliere of the organization. Partnering with Rochester (NY) mob associate Bobby Comfort and with the help and protection from Furnari and his men, Nalo’s burglary crew pulled off the biggest hotel robbery in history when they stole more than three million bucks in cash and jewelry from The Pierre Hotel in Manhattan in January 1972.

Sammy the Arab owned several backdoor gambling halls across multiple boroughs in New York City. He began doing drug deals with other Iraqi mob figures in his hometown of Detroit in the late 1970s and by the mid-1980s, had established a Colombian cocaine connection in the Bronx through Pablo Escobar’s Medellin cartel, according to DEA records. His gambling affairs began pushing into the Astoria, Queens neighborhood overseen by Spiro Velentzas, a Boston transplant that ruled Astoria’s rackets.

Velentzas once ran afoul of Gambino crime family boss John Gotti in relation to control of certain gambling dens in the Big Apple and the Dapper Don was caught on an FBI wiretap threatening to chop Spiro the Greek’s head off. Gotti and Spiro the Greek were both put away in 1992.

Federal prosecutors convinced jurors that Spiro the Greek reacted to Sammy the Arab’s infringement onto his turf in the late 1980s by placing a murder contract on his head. Velentzas has long claimed he was merely a pawn in a power play launched by Lucchese boss Vittorio (Little Vic) Amuso and then-Lucchese capo Peter (Fat Pete) Chiodo. Sources inside the Lucchese organization, both current and former, support Velentzas’ claim.

Chiodo was Amuso’s liaison to Spiro the Greek’s crew and eventually turned government informant. Chiodo admitted giving the murder contract on Nalo to Lucchese soldiers Michael (Baldy Mike) Spinelli and Richie (The Piece) Pagliarulo. In the moments before he succumbed to his fatal wounds, Nalo told police and FBI agents that Velentzas had set him up to be killed and Spinelli pulled the trigger. Little Vic Amuso still runs the Lucchese crime family today from his federal prison cell at age 87, living out his final years serving time for a string of unrelated mob hits.