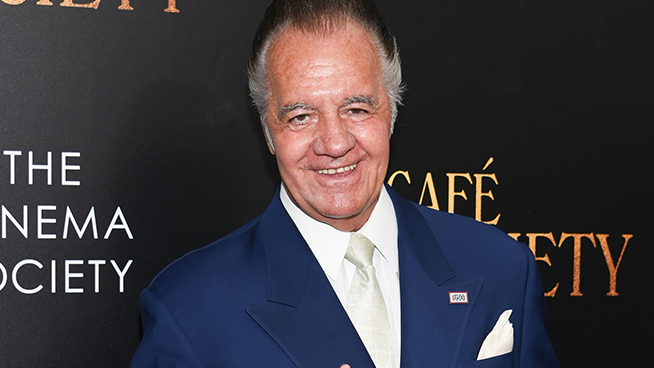 July 10, 2022 — At the peak of his television fame, New York wiseguy-turned-actor Tony Sirico was sought for questioning in the cold-case murder investigation of aspiring Hollywood starlet Christa Helm, but refused to cooperate. The wily and worldly 28-year old Helm was brutally slain outside her Los Angeles residence in the winter of 1977. The case was revisited by LAPD detectives in the 2000s when Sirico was part of the most popular show on television.

No charges have ever been filed in the notorious investigation steeped in LaLaLand lore. The case remains an active investigation, despite the fact that no LAPD personnel is officially assigned to be working it, according to the LAPD itself.

Sirico co-starred in the groundbreaking HBO tv series, The Sopranos, about a fictional New Jersey mob family where he played an eccentric, ultra-pop culture quotable mafia capo called “Paulie Walnuts” Gaultieri. The show ran from 1999 until 2007 and changed the landscape of scripted television forever, bringing cinema-quality craftsmanship and feel to the small screen and ushering in the era of the anti-hero in series TV.

Sirico died this week of natural causes at age 79. He had been battling early-onset dementia in his final years. Besides The Sopranos, Sirco played memorable roles in the films Goodfellas and Gotti and more than one Woody Allen movie.

There was no doubt, Sirico’s art imitated his life. Before he became an actor — known for his roles in mob-inspired fare on big and small screen, alike, — he lived life as a real gangster and New York mafia grunt. Born and raised in Brooklyn, he came up as a criminal in the Colombo crime family. After serving a two-year state prison sentence for extortion (his NYPD jacket boasted 28 arrests dating back to the 1950s), Sirico relocated to L.A. and embarked in a career in the entertainment industry.

“Sirico ran with the Colombos out of Brooklyn, we knew who he was,” said famed retired NYPD detective Joe Coffey in an exclusive interview before his death in 2017. “The guy you saw on your television screen every Sunday night on HBO was pretty darn close to the guy he was on the street. He was unabashed, unapologetic about what kind of human being he was. Even after he left New York and went to Los Angeles, got into acting an all that, he was never too far from his old life. At least in the early years. We heard he was dabbling in things (criminal activity) out in Hollywood.”.

Christa Helm was an L.A. transplant, too. She moved from Milwaukee to New York and finally L.A. where she became a fixture on the celebrity-party scene. Helm was feted by suitors, far and wide. Some allege she was a high-priced call girl and involved in brokering drug transactions in both New York and Southern California.

Former L.A. drug-dealer Rudy Mazzella is alleged to have confessed to playing a role in Helm’s murder to people he knew. Mazzella was interviewed by LAPD detectives and denied the accusation. He has since passed away. Sources and LAPD records place Mazzella under a sub-faction of the L.A. mafia or Dragna crime family. Two sources claim Sirico and Mazzella knew eachother and one claims they did business together.

Prior to heading to the West Coast for work in the acting world, Helm made a substantial amount of money by investing in the musical-theatre production of Godspell, which became a hit soundtrack (1972), Hollywood film (1973) and celebrated Broadway play (1976). She scored bit parts in episodes of Wonder Woman, Starsky & Hutch, Charlie’s Angels and The Love Boat.

According to media accounts, Helm was romanced by a multitude of rich and powerful men, including A-List actors, star pro athletes, best-selling music artists, trust-fund heirs and former heads of state. Helm was known for video and auto recording her sexual escapades and keeping a diary with a rating system for all her famous lovers. Some of these men allegedly included Jack Nicholson, Warren Beatty, Burt Reynolds, James Caan, George Hamilton, Mick Jagger, Glenn Fry, Joe Namath, O.J. Simpson and maybe most notably the Shah of Iran, rumored to have showered her with gifts of diamonds, rubies priceless artifacts

to show his affection.

Worcestershire sauce fortune heir Stuart Duncan staked Helm in a series of business ventures. Duncan, a staple in New York City high-society circles, cut her in on the Godspell production investment opportunity. He produced a film for her star in, titled Let’s Go For Broke, shot in Ohio in 1974. The movie tanked, yet, Duncan and Helm stayed close. Duncan would frequently visit Helm in L.A.

On February 12, 1977, Helm was bludgeoned and stabbed to death in front of her West Hollywood home. Sirico and Helm shared a mutual connection to costume designer to the stars, Lenny Barin, who was friends with Sirico and some of his New York mob pals. NYPD and FBI documents from the era cite informants describing a transcontinental prostitution racket set up in a partnership between Barin and members of the Colombo mob. Barin was responsible for introducing Helm into the Hollywood fast lane and often acted as her booking agent for modeling, acting and singing gigs.

At the time of Helm’s slaying, she was in the middle of recording a disco album for Casablanca Records. New York DJ Frank (Hollywood Frankie) Crocker, known for his pioneering ways in the radio market and a string of underworld connections to Italian and African-American criminal organizations, was producing the album and reportedly dating her simultaneously. Per police reports, a fracas erupted in a studio recording session where tensions flared between Crocker and a female back-up singer named Patty Collins Helm was also said to be in a sexual relationship with, in a fight related to affairs of the heart, in the weeks preceding Helm’s killing. DEA found underneath Helm’s fingernails after her death were identified as being from a female donor.

Upon the re-opening of the Helm homicide probe by LAPD in the mid-2000s, investigators fielded a tip that Sirico was sent into Helm’s home the night she was killed to retrieve cash, valuables and her sex-tape collection. Sirico’s fingerprints were traced to Helm’s closest inside her bedroom, per sources familiar with the case file. Authorities learned Sirico spent time at Helm’s place in the days following her murder at Barin’s request to bodyguard Helm’s roommate.

Helm’s journal with an index of her sexual conquests and accompanying “rating” of performance was missing from Helm’s belongings and never found. Several of her celebrity sex tapes leaked to LAPD detectives during the initial phase of the investigation. Informants told police Helm was threatening to use her tapings of her many trysts and personal diary reflections against a number of her former lovers.

“The word was out that there were a lot of people upset with her, men, women, actors, tough guys……..she had drama swirling all around her from the second she hit L,A.” remarked one former L.A. mafia-affiliate now in his 80s who knew Helm at the time of her murder. “Honestly, it wasn’t surprising she wound up dead. She was playing with fire. Sleeping with people, playing with their emotions, leveraging her romances for her own best interests, career wise, money wise and it just became very transparent. Some of these people were dangerous. And I’m not just talking about the criminals.”

Police considered Sirico a “person of interest” in the Helm murder case. Per LAPD case files, he denied knowing Helm when approached by detectives working the case in 2005, rebuffed their attempts to question him further and referred them to his attorney for any further inquiries.

Helm had romantic affairs with New York mob boss, Carmine (Junior) Persico and his brother and right-hand man Alphonse (Allie Boy) Persico, according to sources. “Junior” Persico headed the Colombo crime family from the 1970s until he died behind bars of natural causes in 2019. Sirico and the Persicos all hailed from the same neighborhood in Brooklyn. Alley Boy Persico, an underboss and consigliere for his brother, wasn’t above killing women. Persico’s girlfriend Mary Bari was killed by a Colombo hit team in the fall of 1984 for the belief she was going to reveal the location of his safehouse to U.S. Marshals looking to arrest him on a warrant.

FBI records from 1978 tie Sirico to the Persicos and Colombo crime family figure James (Jimmy Brown) Clemenza and his son, Gerard (Jerry Green Eyes) Clemenza. “Jerry Green Eyes” was present at a number of Sopranos cast functions and parties in the 2000s, per FBI surveillance logs and reports.

At least two retired LAPD detectives think that actor Sal Mineo’s February 12, 1976 murder is possibly related to Helm’s slaying. Helm was killed nearby on the exact one-year anniversary of Mineo’s murder in an eerily similar fashion. Mineo’s murderer, pizza-delivery man and petty criminal Lionel Ray Williams was convicted and did 12 years in prison.