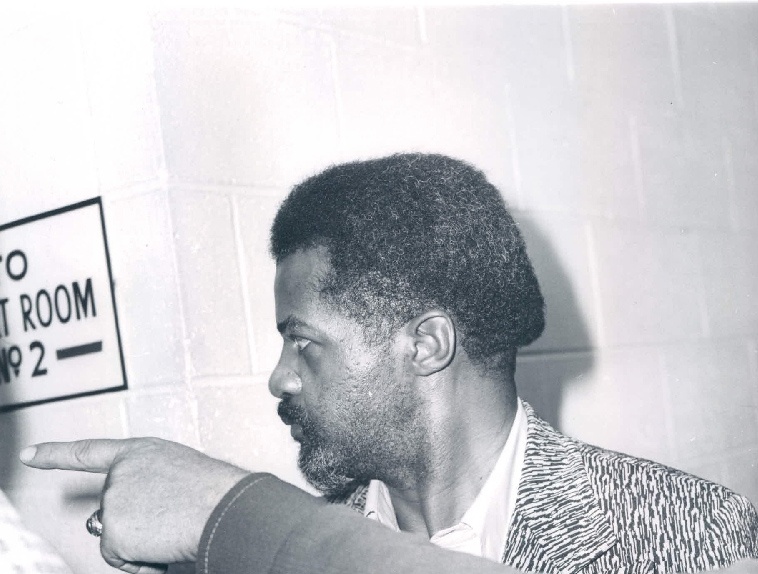 Detroit’s almost-mythic Murder Row Gang has received some fresh ink this month. The mafia-supported drug trafficking organization and hit-for-hire crew hasn’t been active in more than 30 years, but made quite the impact in their gangland heyday of the late 1970s, building a mystique and mammoth reputation that still resonates on the streets of Motown today. The gang was known for moving large quantities of heroin, doing contract-hit work coast-to-coast and for the sheer volume of capable racketeers and coldblooded killers in its midst.

Notorious Murder Row hitman Chester (The Angel of Death) Campbell got a shout-out in a British tabloid piece in The Telegraph last week comparing the devilish and cultured Motor City assassin to the fictional shadowy John Wick character played to pinpoint perfection by actor Keanu Reeves in the wildly-popular eponymous-titled film trilogy. John Wick: Chapter 3 – Parabellum opened on May 17 and has already cleared more than $100,000,000 at the box office ($120,000,000 to be precise).

In other recent Murder Row news, former Murder Row leader James (Jimmy Red) Freeman, was paroled from prison back in March after 31 years behind bars and is a character in a new book penned by retired U.S. Treasury Agent Jim Sanderson called Down The Rat Hole about an unsolved mob triple murder in Sterling Heights, Michigan – the book theorizes Freeman and Murder Row could have played a role in the Time Realty Massacre, which saw three Detroit-area bookmakers slain on April 3, 1985. The NBC television affiliate in Detroit (Channel 4 WDIV) aired a story on the slayings and Sanderson’s book earlier this month.

The 69-year old Freeman was found not guilty at trial for the Michigan Federated Democratic Social Club Massacre, a triple beheading of two Murder Row lieutenants and a female associate in July 1979. Freeman headed Murder Row in the 1980s after he beat the case and the gang’s original bosses either went away to prison or were executed.

Murder Row was founded in the early 1970s by Francis (Big Frank Nitti) Usher and Harold (The Hawk) Morton as a subset of the Detroit Italian mafia’s Giacalone crew. Usher came under the tutelage of the Giacalone brothers (“Tony Jack” & “Billy Jack”) at a young age and it was the Giacalone brothers, two of the Midwest’s most respected and well-connected mobsters, who set him up in the drug game. Using Giacalones as their bank, Usher, Morton and Murder Row ran gambling and prostitution rackets as well.

When Murder Row began its rise, the gang’s No. 1 enforcer was the equally fastidious and fearsome Chester Campbell, known for his high fashion sense, love of the arts and doing contract “wet work” for both Italian and African-American criminal groups around the country. Campbell was jailed in 1975 after police found him carrying an “assassin’s kit” and a hit list containing political and judicial targets — he naturally made his home base out of a funeral parlor.

During an arrest in 1987 for being a felon in possession of a weapon that put him away for the rest of his life, the FBI discovered a small gun disguised as a fountain pen in his sports jacket pocket. A search of his home, found a library full of books about the science of the criminal mind and the

“Chester Campbell was a gangland James Bond, he was the 007 of the underworld, a master of tradecraft,” said Campbell biographer and organized crime expert Christian Cipollini (Diary of a Motor City Hit Man). “He was truly one of a kind.”

With Campbell behind bars, Freeman and Adolph (Doc Holliday) Powell became the gang’s top muscle. Powell served as Morton’s bodyguard and arrived in Detroit from New Orleans via Buffalo. Upon Morton getting locked up, he made a grab for power and moved against Usher. Freeman was close to both Usher and Powell.

The Michigan Federated Democratic Social Club, located in Detroit’s Midtown neighborhood, was Powell’s headquarters. Usher and Powell went to war for control of the gang in the wake of Morton’s imprisonment in 1978 for smuggling heroin from Europe and then killing one of his female mules he worried would testify against him. The first body to drop in the Murder Row feud was in January 1979 when Edward (Sugar Bear) Brown was shot to death.

Within months, there was more bloodshed; Murder Row soldier Clarence (Fuzzy Mickey) Welton and Usher’s business partner John (Johnny Coach) Cociu, a mobbed up Syrian wiseguy who he co-owned his Black Orchid nightclub headquarters with, were killed in October 1979 and January 1980, respectively. Johnny Coach was decapitated. Welton was Powell’s driver.

Usher was present and allegedly spared at the last minute in the Michigan Federated Democratic Social Club Massacre, forced to help dismember the bodies, per court testimony. His right hand man James (Cool Cat) Elliott had been arrested and jailed days earlier, leaving him exposed minus Elliott watching his back. Elliott dated Joanne Clark and testified against Powell and Freeman at trial.

Usher, Powell and Freeman were charged in the triple homicide that fall, with Powell and Freeman being acquitted at trial and Usher being found guilty, later having the conviction overturned on appeal. Powell was gunned down inside Detroit’s La Players Lounge in 1983 while downing a shot at the bar and holding a fifty dollar bill in his hand. Freeman was jailed in 1988 on a gun case under a habitual offender statute. Campbell died of natural causes in prison in 2001 at 71 years old.