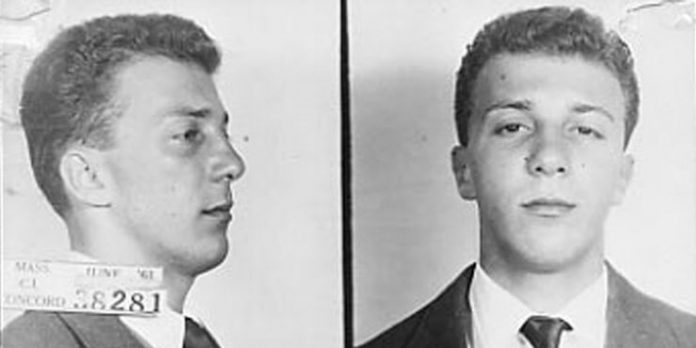 In the early morning hours of March 18, 1990, two men dressed as Boston policemen robbed the Isabella Stewart Gardner Museum in the biggest art heist in world history. The men got away with a half-billion dollars in rare paintings from the likes of Rembrandt, Vermeer and Manet. Nobody has ever been arrested in the crime and the paintings have never been recovered. The FBI suspects a Boston mob crew based out of Dorchester’s TRC Electric Auto Shop pulled off the job and then the New England mafia began covering their tracks by murdering some of the participants in the conspiracy.

February 20, 1991 — Boston mob associate James (Irish Jimmy) Marks is gunned down after returning to his Lynn, Massachusetts apartment from a day in Maine. Marks had bragged of his role in the Gardner Museum heist and his access to the stolen paintings. In the hours prior to his slaying, Marks had spent time at of one of the robbery suspects’ Portland, Maine hunting cottage and was supposed to meet him back at his Massachusetts residence the night he was murdered.

March 11, 1991 — Boston mob associate George (Jamaica Plains Georgie) Reissfelder is found dead in his Quincy apartment of a cocaine overdose believed by many to have been a case of murder. Reissfelder, who once was serving a life prison term on a homicide case that got tossed, is believed by some to have been one of the stick-up men in the Gardner Museum robber

March 17, 1991 — Boston mob associate Lenny (The Mutt) DiMuzio disappears and is found three months later on June 11 in the trunk of his car in East Boston parked across the street from Santarpio’s Pizza Palace. DiMuzio is believed by some to have been one of the stick-up men in the Garden Museum robbery. He worked as a sometime driver and gofer for TRC Electric Auto Shop crew boss Carmello (The Auto Man) Merlino.

September 21, 1991 — Boston mob soldier Robert (Bobby D) Donati is kidnapped from outside his Revere apartment and murdered, his body found beaten and stabbed to death in the trunk of his Cadillac three days later. Donati is suspected by authorities of being one of the masterminds behind the heist and possibly one of the stick-up men in the robbery itself. His childhood best friends were New England wiseguys Robert (Bobby Boost) Gaurente and Vinnie (The Animal) Ferrara. Guarente is thought to have had possession of some of the stolen art before he died of cancer in the 2000s and is the No. 1 suspect in the “Irish Jimmy” Marks hit. Ferrara was the capo of the Patriarca crime family’s North End crew in Boston at the time of the Gardner Museum heist.

November 22, 1995 — Boston mob associate Charles (Charlie Black) Pappas is gunned down in front of his Braintree residence after agreeing to testify against members of the TRC Auto crew in a robbery and home invasion case. Pappas was thought to have inside information on the Garder Museum robbery ready to serve up at trial. Pappas’ dad was an organized crime figure connected to Boston’s Irish mob and killed in a famous Chinatown murder from the early 1980s.