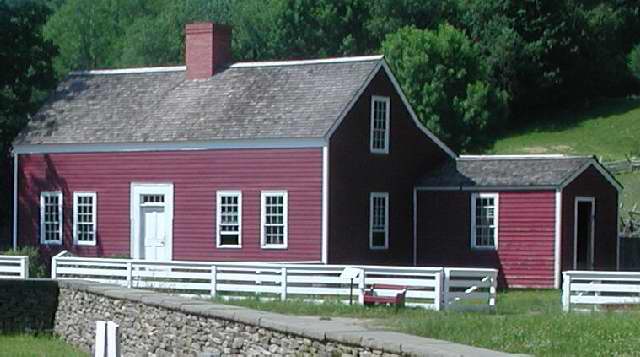 The disturbingly-senseless double-murder of Morris and Ruth Gauger, an elderly married couple in Illinois, was finally officially solved 20 years ago this week with the arrests of Wisconsin Outlaws Motorcycle Club members Randall (The Madman) Miller and James (Preacher) Schneider as part of a gargantuan legal assault unleashed against the infamous biker gang by the feds in the late 1990s. The Gaugers were brutally slain on their farm in 1993 in a ruthless robbery-homicide that rocked the small community of Richmond, Illinois in McHenry County.

Gary Gauger, the couple’s adult son, was originally found guilty of the crime and sentenced to the death penalty before his conviction was tossed and Miller and Schneider, both members of the Outlaws’ Milwaukee chapter, came into the picture. Miller and Schneider were two of the 17 Midwest Outlaws indicted in June of that year, the first of a staggering 1-2 punch of major busts the club endured in an eight-week span in the summer of 1997.

Bowman and O’Neill are currently behind bars for life. Warneke went into the Witness Protection Program. Yager was apprehended in Mexico in 2015 after almost two decades on the run as a fugitive and pled guilty to the charges against him last year.

The June 1997 bust traced its roots back two years to the first part of 1995 and the cooperation Wisconsin Outlaw Mark (Crash) Quinn, who got caught up in a drug case and cut a deal with the feds to a wear a wire and testify in court against his biker brethren when the case reached trial. Crash Quinn was the sergeant-at-arms of the club’s State Line chapter located in Janesville, Wisconsin, near the Wisconsin-Illinois border. In addition to providing a treasure trove of other intelligence on club affairs, Quinn clued the FBI into the real story behind the murder of the Gaugers.

The day after the Gaugers were heinously butchered in the spring of 1993, Miller bragged to Quinn of killing the couple with Schneider. Quinn eventually recorded a number of conversations with Miller discussing the double homicide with Miller boasting of pulling off the “perfect crime.” Miller told Quinn, “I had it all covered, we didn’t leave spec of evidence behind.”

According to court records and trial transcripts, Madman Miller and Preacher Schneider targeted the Gaugers under the belief that 74-year old Morris Gauger, the owner of a popular motorcycle parts and repair business in McHenry County, a cluster of suburbs northwest of Chicago, kept a safe with tens of thousands of dollars inside at his farmhouse residence in Richmond. In the weeks leading up to the murders, Miller stole $1,000 in cash from a hiding place in the back of Gauger’s shop.

After staking out the property for two days, Miller and Schneider arrived at the farmhouse’s backdoor at around 6:00 a.m. on the morning of April 8, 1993 and encountered Morris Gauger tending to a chicken coup and his wife Ruth Gauger, 70, preparing coffee and breakfast. While Miller held Morris at gunpoint, Schneider took Ruth into an adjacent trailer on the property which doubled as a traveling trinket sales depot and bludgeoned her with the butt of his .357 Magnum and then slashed her throat.

Returning to the farmhouse, Miller lied to Morris and told him his wife was unharmed and tied up in the trailer and the only way he’d see her alive again was if he emptied his safe for them. Claiming he had no safe to open for them, Morris offered up a tray of silver coins that Miller threw to the ground before bashing in his victim’s head with his gun and slitting his neck ear-to-ear.

The pair of coldblooded bikers walked away from the scene with a paltry fifteen bucks that they used on breakfast in Lake Geneva, Wisconsin en route back to Milwaukee basically empty handed. Schneider, 54, flipped following his arrest and appeared alongside Crash Quinn as a star witness for the government at Miller’s 2000 trial (where Miller was found guilty and sentenced to life in prison) prior to entering the Witness Protection Program. Madman Miller is 58 years old today and resides in a federal correctional facility in southern Indiana.

Besides the Gauger slayings, Miller killed drug dealer Don (Domino) Wagner execution-style in 1992 in a dispute over money at a Burlington, Wisconsin boat dock, attempted to kill Minneapolis Hells Angel president Pat Mattar and teamed with Milwaukee Outlaws leader Spike O’Neill in a bombing campaign aimed at blowing up properties owned by Hells Angels and Hells Angels affiliate clubs in Illinois and Wisconsin from 1993-1995. Throughout the 1990s, the Outlaws and Hells Angels were in fierce combat across several Midwest states as the west coast-based Hells Angels tried pushing into the Chicagoland area, a longtime Outlaws’ administrative nerve center.