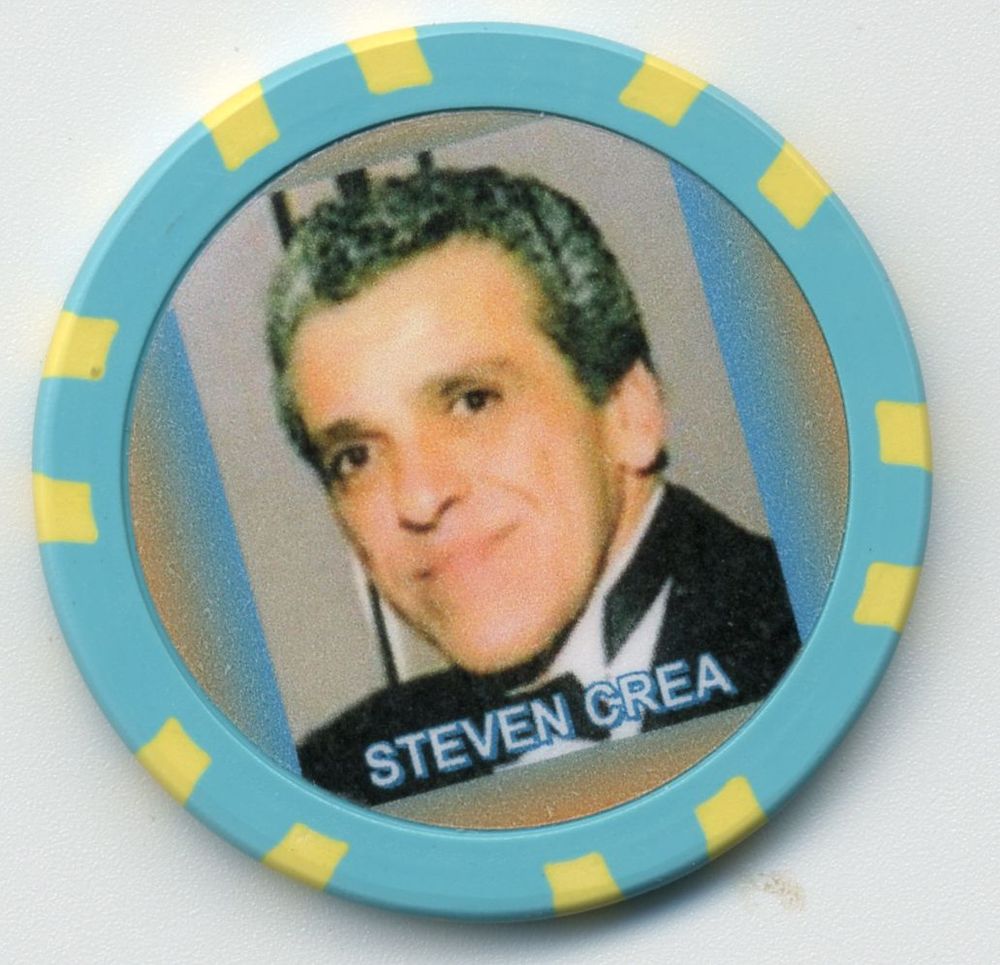 Relations between the mafia in the Empire State and their counterparts across the George Washington Bridge in the Garden State took a step backwards around the dawning of the New Millennium when New York mobsters Steven (Stevie Wonder) Crea, Dominic (Crazy Dom) Truscello and Joseph (Big Joe) Datello were indicted and had to do prison time in the early 2000s for labor-union racketeering due to the cooperation of New Jersey Godfather John (The Eagle) Riggi’s son-in-law, DeCalvacante crime family associate Sean Richard. The investigation and subsequent bust became known as “Operation Textbook.”

Current leaders in New York’s Lucchese Crime family, Crea, Truscello and Datello are back in trouble with the law. They were part of a round-up of close to 20 Lucchese clan bosses, capos, soldiers and associates this week in a federal racketeering, drug and murder case that was filed Wednesday. Crea, 69 and a one-time acting boss, is considered the syndicate’s underboss right now, while the 83-year old Truscello is a captain of the Borgata’s Prince Street crew in Manhattan. Datello, 66, is Truscello’s trusty right-hand man, a longtime Lucchese soldier and seasoned goon in the labor unions.

John Riggi ran the New Jersey mafia from the 1970s until his death of natural causes two years ago at the ripe old age of 90. He had based his affairs out of Elizabeth, New Jersey, where he controlled Local 394 of the LIUNA, a construction workers union that came to dominate the industry in the region. Nailed for a variety of racketeering offenses in 1990, Riggi was smacked with a 12-year prison sentence, however never surrendered his title as don, running his organization from behind bars via a series of intermediaries.

That’s where Sean Richard came into the picture.

Born and raised in the Bronx and hailing from meager, lower middle-class beginnings, Richard was a non-mob connected carpenter and labor foreman when he met and started dating John Riggi’s daughter, Sara, in 1995. Soon, Richard and Sara Riggi were living together and opened a construction business together called S&S Contracting. The business was started with money provided by an incarcerated John Riggi, who Richard met for the first time in a Maryland prison visiting room and quickly became the jailed don’s eyes and ears in the union.

Richard married John the Eagle’s little girl in 1996 and the couple gave the rough-around-the-edges crime lord two granddaughters. With his new father-in-law’s counsel, backing, and encouragement, Richard transformed himself from a thirtysomething-nobody working stiff to the point man for all the New Jersey mob’s construction rackets along the entire eastern seaboard.

From his office at S&S Contracting and using Riggi’s deep union ties, Richard spearheaded kickback, bribery, bid-rigging and extortion schemes and the creation of slush funds and no-show jobs in the construction industry in both New Jersey and New York. He enjoyed the perks of his newfound mobster status, too – throwing his weight around at every opportunity, spending extravagantly and hooking up with a stripper girlfriend on the side.

Many of the construction scams Richard and the DeCalvacante clan were engaging in were being done in tandem with New York’s Lucchese crime family. Richard was dealing directly with a number of Lucchese luminaries, including then-street boss Stevie Crea, Crazy Dom Truscello and Big Joe Datello, in these illicit transactions which the government estimated to be worth tens of millions of dollars.

Things began unravelling for Richard in the summer of 1999. The FBI raided Richard’s home and S&S Contracting, informing him a federal indictment with his name on it was forthcoming. Sensing the walls closing in, Richard descended into a heavy depression fueled by copious amounts of alcohol, cocaine and heroin. He also started skimming money he was responsible for couriering between DeCalvacante administrators and Crea and Truscello in the Luccheses.

By the late fall of 1999, Richard knew he was in trouble, suspecting he would have zero wiggle room in the pending indictment coming his way and the Lucchese had uncovered his dipping into the till. In November of that year, he bolted a meeting with Truscello and Datello, who was Truscello’s driver and bodyguard at the time, believing it to be a set-up and that he was about to be killed.

Around the Christmas holiday, fearful of prison time and the Luccheses, not to mention his father-in-law Riggi, who he thought had signed off on the Lucchese’s hit attempt, Richard had his attorney reach out to the government to arrange a cooperation agreement, offering up Riggi and the DeCalvacantes and the Luccheses to boot. The feds jumped at the chance to use Richard to bag the mobsters he was connected to.

Wiring-up, Richard taped incriminating conversations with Riggi, Crea, Truscello, Datello, and others, concealing a recording device in a cast on his right arm. Adding insult to injury for Riggi, his son-in-law wasn’t only a rat, he was a lousy husband and parent to his daughter and grandkids, deciding to enter the Witness Protection Program with his stripper girlfriend instead of with his wife and children.

Stevie Crea and Crazy Dom Truscello both pled guilty after the September 2000 indictment finally dropped and did six years in prison apiece. Datello served a five-piece. Riggi pled out in a separate case that was filed that same year against a drove of DeCalvacantes and was highlighted by Richard’s recordings and Riggi’s ordering of a 1989 gangland slaying (mob associate Fred Weiss). He eventually walked free in the fall of 2012.

Richard remains in the Witness Protection Program today at 53. He testified in close to a half-dozen successful federal prosecutions between 2002-2010.