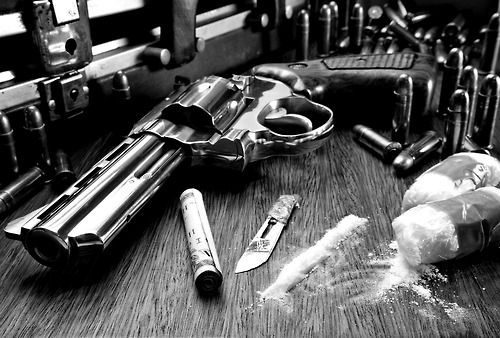 May 8, 2022 — The end of the Campbell brothers’ reign atop Boston’s African-American rackets came with Alvin (Duke) Campbell’s fall 1982 bust for drugs and weapons after a raid of his Roxbury apartment. At the time of his Thanksgiving-week arrest, the then-48 year old Campbell was considered a person of interest in at least three gangland homicides. He did eight years in prison on the narcotics and gun case and was released in 1990.

Duke Campbell and his younger brother Arnold (Little Arnie) Campbell were the top dogs in the Roxbury drug game from the late 1960s until the ’82 case that swept them off the street for a final time and laid the foundation for the area’s crack explosion in the coming years. Former bank robbers, the Campbells were considered a self-contained wing of the Boston Irish mob, known locally as the Winter Hill Gang and led by James (Whitey) Bulger. The Campbell brothers and Bulger met when they were all locked up together in a federal correctional facility.

Bulger’s enforcers ridded the Campbells of problems in the form of pimp and mob associate John (Jackie Touch) Banno and Roxbury gangster Ron (Cadillac Ronnie) Hicks. Banno, who was backing a play by out-of-towners to encroach on the Campbells’ turf, was stabbed to death in 1968 and Hicks, slated to be the star witness at an upcoming Campbell brothers’ trial for a Roxbury triple murder, referred to as the Blue Hill Avenue Massacre, was shot to death and stuffed into the trunk of his Cadillac Fleetwood in March 1969. Three months later, with no Hicks to take the stand and point the finger at them, the Campbells were both acquitted in the Blue Hill Avenue Massacre trial in state cour

The following year in 1970, the Campbells and their No. 1 lieutenant Dennis (Deke) Chandler were convicted on federal narcotics charges and sentenced to 20 years behind bars, but did just five. Chandler, also a co-defendant of the Campbell brothers in the Blue Hill Avenue Massacre case, was shot to death on the porch of his Roxbury home in November 1977 in a dustup over a female.

The 1982 case was five months in the making and a coordinated effort by the Massachusetts State Police and the DEA. On Tuesday, November 24, 1982, two days before Thanksgiving, feds and BPD hit the door at Duke Campbell’s apartment and found five guns, four silencers and a small amount of cocaine. They discovered newspaper clippings chronicling a spate of east coast gangland murders that had occurred over the past three years, including the September 1981 slaying of Connecticut mob power Frank (Frankie Cigars) Piccolo, a caporegime in New York’s Gambino crime family, and the August 1982 killing of Boston businessman John Callahan, who was in bed with the Winter Hill Gang in a World Jai Lai organization embezzlement scam.

If they are alive today, Alvin Campbell would be 88 and Arnold Campbell 87 years old. Whitey Bulger, outed as an FBI informant, was murdered in prison in 2018.