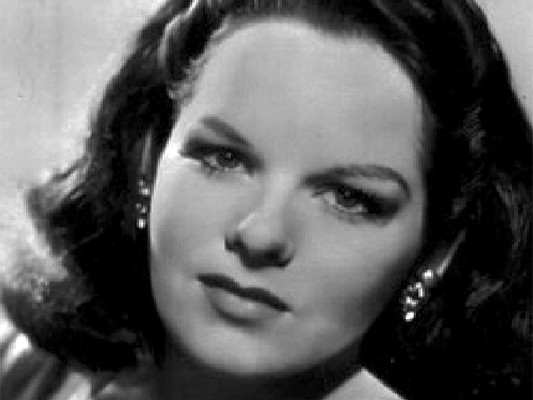 January 14, 2022 — Former Detroit mob mega-bookie Allen (The General) Hilf was robbed of more than one million bucks when he served federal prison time for a sports gambling bust in the late 1980s. The culprit: his own gun-mol wife, Virginia Hill, a Mormon-born Las Vegas dancer, stripper and aspiring actress.

The case of the missing 1.5 million dollars made it in front of the Utah Supreme Court, although not on Hilf’s accord. And at the end of the day, the court acknowledged Virginia Hill pilfered the cash from her ex-husband by liquidating his assets and emptying a joint banking account, but allowed her to keep it anyway.

Hilf, one of the biggest bookmakers in the United States at his peak, died of kidney failure in 2014 at age 73. He was a longtime non-Italian member of the Detroit mafia’s Giacalone crew and at the end of his life acted as the top adviser to reputed Tocco-Zerilli crime family boss Jack (Jackie the Kid) Giacalone.

Hilf’s only marriage during his life was to Virginia Hill, who he met in Vegas and mobsters in Detroit nicknamed the Flamingo after slain Jewish mob figure Benjamin (Bugsy) Siegel’s famous gal-pal, Virginia “The Flamingo” Hill (no relation), portrayed by actresses Dyan Cannon, Joan Crawford and Annette Bening in television and movie roles.

Like her earlier namesake, Hilf’s Virginia Hill was a woman unafraid of using her feminine wiles to get ahead in the world and ultimately get rich. Bugsy’s Virginia was born and raised in Alabama, but the General’s Flamingo was raised as a Mormon in Utah.

Hill began plotting her escape from Hilf when he was sent to prison for 18 months in 1987: he was nailed for overseeing the Giacalone crew’s gambling affairs. She consolidated the cash she grabbed from Hilf’s stash spots, safety deposit boxes and bank accounts and took off for Las Vegas in 1989, right after Hilf got home from the can but before he could realize what

“We heard she met a much younger guy,” retired FBI agent Mike Carone said. “The two of them looked a little out of place as a couple, Virginia looked like Sharon Stone in the movie Casino and Allen looked like a cartoon villain from a Popeye comic strip, pudgy, bald and always grinning. She was around for a while and then all of a sudden, she wasn’t.”

Carone was the agent responsible for arresting Hilf in the case he went to prison for in 1987, taking him into custody at his condo in West Bloomfield, with Virginia Hill present.

“I came in the front door with the warrant after Virginia just got back from walking the dog, we found Allen, in his bed with no clothes on, a phone glued to his ear taking action on that day’s games,” Carone said. “He knew was he caught red-handed and all he could do was smile. We all had a good laugh as we were cuffing him up and taking him away.”

Hill eventually went to stay with her uncle in St. George, Utah, where he belonged to an offshoot of the Church of Latter-day Saints called the Apostolic United Brethren. A number of AUB church goers broke off to form their own polygamy sect and tried to persuade her to give them $1.5 million dollars to purchase a plot of land for a new church commune. Instead, she gave them $40,000 to help them in their efforts. Hill left the rest of the money hidden in her uncle’s house in St. George and returned to Vegas.

When Hill went to Utah to dip into the buried nest egg in 1991, the money was gone. It somehow made its way from her uncle’s polygamy camp back to the leaders of the AUB church. AUB president Owen Allred used the over $1.5 mil on paying off property loans, purchasing a car lot in Salt Lake County and luxury vehicles for Allred and other AUB influence peddlers.

Hill filed a federal lawsuit, that at first was tossed out of district court on statute of limitations restrictions and then reinstated by Utah’s Supreme Court. In 2003, Hill won her suit and a judgement of $1.8 million. However, an appeals court judge voided the payout on the grounds that Hill had “dirty hands” in obtaining the funds in the first place. It was Hill who had the last laugh though and the state’s high court once again ruled in her favor in 2009, saying it didn’t matter how she got the money into her possession and that because she was defrauded of the cash, she was entitled to it back plus damages.

Hill’s whereabouts today are unverified. The original Virginia Hill died of a drug overdose in 1966, 19 years after Bugsy Siegel was shot to death inside her Beverly Hills mansion for bungling finances in constructing The Flamingo hotel and casino in addition to allegedly covering for Hill’s sticky fingers.