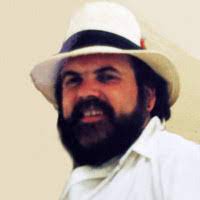 December 8, 2021 — The Outlaws Motorcycle Club in Detroit said goodbye to club elder statesman William (Tom the Bomb) McCowan back in the summer. McCowan died of natural causes at the age of 77 in June. The funeral for Tom the Bomb was held at the Outlaws clubhouse on the westside of Detroit in the days after the July 4 holiday weekend.

McCowan was one of 16 Outlaws indicted in the Operation Broken Spoke racketeering case which landed in the August 2007 and brought down club leaders in Detroit, Bay City, Indianapolis and Fort Wayne. Michigan Outlaws boss Leroy (Black Region Roy) Frasier was the No. 1 defendant in the case. The states of Michigan, Indiana and Ohio comprise the Outlaws MC “Black Region.”<

The 63-year old Frasier and Tom the Bomb both copped pleas in Operation Broken Spoke in July 2009. McCowan pleaded guilty to a drug charge and did two years in prison. Frasier went away for four years as a result of his guilty plea to assault with a dangerous weapon.

The Outlaws MC is considered the premiere biker gang in the Midwest and Southern regions of the country. Founded in Chicago, the Outlaws headquartered international affairs out of Detroit for most of the 1980s and 1990s under the Harry (Taco) Bowman regime. The seat of power in the club resides in Buffalo, New York these days, according to recent FBI and DEA court filings.