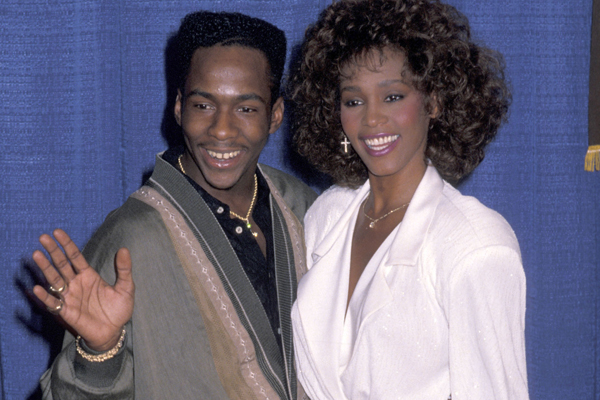 R&B music luminary and hip-hop pioneer Bobby Brown barely escaped with his life as he watched the 1995 gangland-style execution of his best friend, bodyguard and soon-to-be brother-in-law, Boston drug lord Steven (Stevie Shots) Sealey carried out in the early-morning hours of September 28, 1995 in front of a bar and night club a stone’s throw away from Brown’s childhood home. Beantown drug-world figure John (Johnny Black) Tibbs was convicted of being the triggerman in Sealey’s murder which drew national media exposure due to its connection to Brown and Brown’s then wife, legendary pop singer Whitney Houston.

Brown and Sealey were parked in front of the Biarritz Lounge engaged in a conversation in Houston’s $400,000 cream-colored Bentley sedan when Tibbs swooped in, unloaded his pistol into the 31-year old Sealey’s head, face and torso, snatched a large gold medallion chain from around his neck and fled into the nearby Orchard Park Projects in rough-and-tumble Roxbury, Massachusetts. Brown survived the attack by ducking for cover on the floor of the car.

As Sealey’s lifeless body slumped onto the concrete from the car’s passenger side, Brown was heard screaming, “they got my boy, they got my boy,” to a group of horrified onlookers, while members of his entourage simultaneously exchanged gunfire with Tibbs as he ran from the scene and eventually got into a getaway vehicle driven by Cedric (Cookie) Phillips. Tibbs was sentenced to 27 years in prison, Phillips got 15. 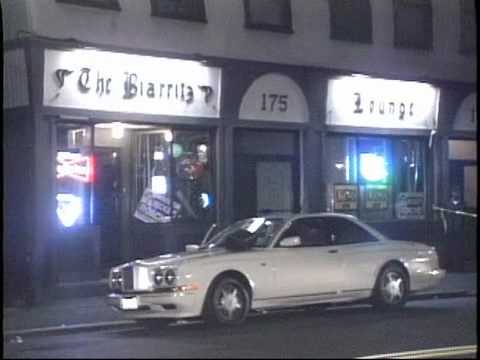 During his career on the street, Sealey was linked to historic drug syndicates, Young Boys, Incorporated out of Detroit and Boston’s Bomb Boys and Columbia Point Dawgs. He had recently relocated to Atlanta to work security for Brown when he was slain in the shadows of the Orchard Park projects, where Brown was raised and back visiting family and friends that week.

The two were childhood buddies, even though Sealey was a little older and Brown came from Orchard Park in Roxbury and Sealey came from the Columbia Point Projects in nearby Dorchester. They soon went their separate ways – Brown escaped poverty and the projects via a record contract and music superstardom (first with the group New Edition and then as a solo artist) and Sealey drifted heavily into the drug game — only to be brought together later in life. At the time of his murder, Sealey and Brown’s sister Carol were engaged to be married and Sealey was acting as Brown’s main bodyguard.

According to court records, Sealey’s killing was connected to a turf battle in the Orchard Park Projects in Roxbury in which Orchard Park drug rings were coming under siege by Dorchester’s Columbia Point Dawgs. Tibbs and Phillips belonged to Orchard Park gangs resisting the “CPD’s” push into the area.

Houston and Brown were married for 15 years amid a deluge of tabloid media coverage related to their high-wattage celebrity, Brown’s constant run-ins with the law and the couple’s substance abuse issues. Houston died of a drug overdose in 2012. Brown is 48 today and published his autobiography last year.

Sealey was killed exactly 13 years to the day his underworld mentor, Detroit drug kingpin Dwayne (Wonderful Wayne) Davis, was slain in similar brazen fashion as a result of a power struggle raging within his Young Boys, Incorporated narcotics empire that had expanded outside of the Motor City and into Massachusetts in the early 1980s. Davis held the reputation as the consummate hustler and businessman drug baron.

“W.W” was gunned down on a Northwest Detroit street corner on the afternoon of September 28, 1982, just months after returning from Boston with a teenage Sealey and several dozen more out-of-state henchmen ready to square off with fellow “YBI” co-founder Milton (Butch) Jones for control of Motown’s heroin industry. Jones, Davis and another pair of westside Detroit drug bosses Raymond (Baby Ray) Peoples and Mark (Block) Marshall, joined forces to form YBI in 1978 and quickly went on to dominate the area’s heroin market with their revolutionary sales and marketing strategies and brutish enforcement tactics.

Per federal informants, the start-up cash for what fast became a juggernaut multi-million dollar criminal organization derived from a six-figure life-insurance policy payout Marshall received from his parents’ murders, a double-homicide he himself was a prime suspect in. A beef between Marshall and Peoples over a girl three years later led to Peoples shooting Marshall and Marshall fleeing for the west coast and California, leaving his stake in YBI behind for Peoples, Jones and Davis to split.

Around this same time, Wonderful Wayne and his “H20” wing of YBI branched off from Michigan into untapped locales in Boston, Seattle, Indianapolis and Cincinnati. In Boston, the H20 crew set up shop in the Columbia Point Projects where Davis met Steve Sealey and Sealy became his bodyguard and driver while Davis did business in Massachusetts. Upon Davis’ return to Detroit in the spring of 1982, he had Sealey in tow. However, after Davis was killed that fall, Sealey went back to Boston and along with the old H20 crew rechristened the east coast YBI satellite the Bomb Boys and continued running the drug trade in Columbia Point unchallenged.

State prosecutors in Michigan indicted Butch Jones, his hit man protégé Curtis (Kurt McGurk) Napier, bodyguard Keith (Kethon the Terrible) Green and cousin Maurice (Mo Heart) Gibbs for murdering Wonderful Wayne Davis, but they had all the charges dropped before the case ever reached trial. Gibbs, Green and Napier were part of Jones’ “Wrecking Crew” wing of YBI. Napier made headlines for penning a letter to then-Mayor of Detroit Coleman A. Young threatening to assassinate him.

The Bomb Boys gang was headed by Toby (Big Blood) Johnson, a former H20 crew member and lieutenant of Wonderful Wayne’s from Detroit. Johnson was slain in 1988 by his own men and Sealey and the other leftover Bomb Boys changed the organization’s name again, this time calling themselves the Columbia Point Dawgs or just “CPD.” The moniker stuck and for the last 30 years, the Columbia Point Dawgs rose to be the most prominent and feared urban street gang in Boston.

By the first part of the 1990s, Sealey and the CPD decided to take a page out of W.W.’s book and expand, aggressively moving into surrounding housing projects and neighborhoods and staging takeovers of their respective drug territories – the bust of Boston’s infamous crack era kingpin Darryl (God) Whiting and his New York Boys gang laid the foundation for CPD’s rapid ascent. The Orchard Park Projects, the one-time home to Whiting and his New York Boys group, fought back the hardest against CPD’s arrival in the area and Sealey’s murder set off increased tensions between the Roxbury and Dorchester drug gangs for years to come.

According to a police report regarding the homicide, Sealey became a prized target for rivals in Orchard Park following his alleged sanctioning of a series of robberies of area drug houses in the summer of 1995. Prior that year, Sealey had been released from a two-year stint in prison on weapons charges.

Just two years ago in June 2015, the entire CPD hierarchy and a majority of its rank-and-file went down in a giant federal narcotics, guns and racketeering case. The bulk of those charged in the case have since pled guilty, including the lead defendants brothers, Tony (Mazi Brawl) Berry and Willie (Sco Dough) Berry.

YBI boss Butch Jones went to prison in 1983. Baby Ray Peoples was shot to death in the summer of 1985, shortly following walking free from a three-year stay behind bars. Jones and Peoples fell out when they were both incarcerated, with Peoples alleged to have orchestrated a botched attempted robbery of Jones’ suburban Troy, Michigan residence occupied by his wife and young son.

Bobby Brown and Whitney Houston divorced in 2007. Houston died having sold nearly 200 million records and found success in Hollywood as an actress (The Bodyguard, Waiting To Exhale). Brown is credited with bringing the New Jack Swing sound to the masses, a blend of R&B, Jazz and Hip-Hop that emerged in the late 1980s and early 1990s. His influential, chart-topping Don’t Be Cruel album hit stores in June 1988 and sold a staggering 7,000,000 copies and spawned five No. 1 singles.