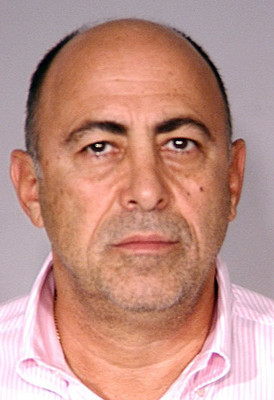 October 9, 2021 — The Nicole Brown Simpson-Ron Goldman double murder might have been a mob-related drug hit according to a movie script that has floated around Hollywood circles in recent years. Reputed Miami-by-way-of-NYC/Jersey Mafia associate Charles (Charlie Tuna) Ehrlich is the main character in the script, titled Juiced about his time operating in the east coast underworld, his 1980s drug bust out of Atlanta and his friendship with NFL Hall of Famer O.J. Simpson.

Not to mention, delivering bombshell never-before-revealed details in the Case of the Century.

According to the script, Simpson — and possibly Ehrlich — went over to his ex-wife’s Beverly Hills residence that fateful night on June 12, 1994 to collect a cocaine debt from Brown Simpson and her best friend. Ehrlich was dispatched by New Jersey mob soldier Joey Ippolito to Los Angeles that summer to square up drug tabs with Ippolito’s Hollywood clientele.

Ippolito was a “made” man in the DeCalvacante crime family, which served as the basis of the fictional Garden State Soprano’s mob clan. Because he was Jewish, Ehrlich, 67, can’t be inducted into the Italian mafia, but was considered a mafia affiliate by the FBI at the time of the Brown Simpson-Goldman slayings. Ehrlich’s father worked for legendary Jewish mob boss Meyer Lansky and Charlie tuna grew up in the middle of a burgeoning Big Apple mob scene of the 1970s and early 80s.

Miami New Times Magazine broke the story of the script about Ehrlich’s life written by Erik Laibe and the potential mob angle in the O.J. Murder case on the cover of its September issue. In 1995, Simpson was famously found not guilty of butchering his ex-wife and Goldman, a friend and waiter returning a pair of glasses left behind at their family dinner earlier that evening. He was ruled liable for the pair’s killings in a civil case two years later. As an athlete, Simpson is one of the best running backs in the history of pro football

Ehrlich is a repeat convicted felon and for the last three decades has been behind the scenes at Miami’s swanky Dean’s Gold strip club on Biscayne Boulevard. He was arrested in 2007 with Simpson in Las Vegas for robbing a group of sports memorabilia collectors at gunpoint of pieces Simpson believed were right

Ehrlich denies any involvement in the Brown Simpson-Goldman heinously iconic double-murder case and says he has an issue with Laibe taking creative liberties with his life story. He pleaded guilty to conspiracy charges in the Vegas memorabilia heist and received probation. Simpson did almost 10 years in prison.

In the manuscript for a tacky and controversial book penned by Simpson himself called If I Did It that earned a multi-million dollar advance payday but never saw the light of day due to PR blowback, Simpson cited a man named “Charlie” as his accomplice that night. Ippolitto was nailed in 1993 by the feds in Operation Lasima (standing for “LA Sicilian Mafia”). Simpson’s mob ties date back to his early playing days in Buffalo where he used to hobnob with members and drug-dealing associates of Western New York’s Magaddino crime family.

The feds had investigated O.J. previously for allegations that he was running a bookmaking business for athletes and actors in L.A. alongside his attorney, Robert Kardashian, the father of the Kardashian sisters of reality-television show and social media superstardom. The DEA looked into claims he was moving cocaine to his Buffalo Bills teammates in the 1970s and linked to an Ecstasy ring in South Florida in the early 2000s. No charges were ever filed in either investigation.

Ippolito’s driver and bodyguard when he would come to stay on the West Coast in the 1980s and 90s was Al (A.C.) Cowlings, O/J/’s childhood best friend and college and pro teammate, according to LAPD Major Crimes Unit files. Cowlings was driving O.J. in Simpson’s white-colored Ford Bronco during the infamous slow-speed chase, as the “Juice” had to be talked off the ledge by LASPD detectives via cell phone and convinced against committing suicide on national television from the backseat of the vehicle.

Simpson met Ippolito from Cowlings. Charlie Tuna was introduced to Simpson by Ippolito, who owned the trendy Malibu restaurant Cenn’Tanni and kept company with a fast, flashbulb-friendly social circle. In 1997, Ippolito began cooperating with the federal government. His brother Sammy Ippolito survived a brutal murder attempt that holiday season in a ploy to get Joey to break off communications with the Feds.

The 74-year old Simpson was paroled from a Nevada state prison in October 2017. Today, he lives in Las Vegas.