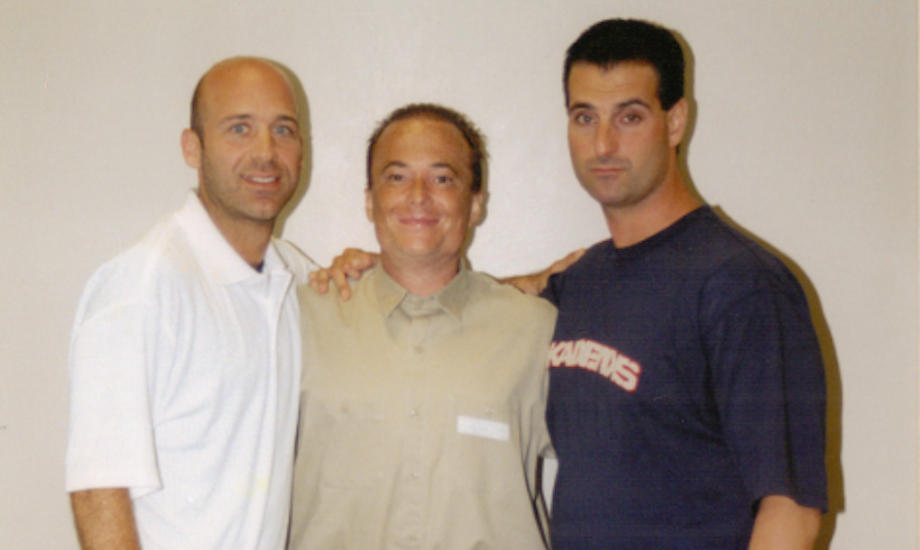 The boys in the Philadelphia mafia were all together again this summer, enjoying the nice weather, partying at the Jersey Shore and trying to settle old beefs, with some even finding their way into new trouble. For the first time since the late 1990s, the top-tier of Philadelphia’s organized crime family were free and allowed to congregate with each other.

Large swaths of current and former members of the syndicate’s administration, high-profile local mob figures like Joseph (Skinny Joey) Merlino, Steven (Handsome Stevie) Mazzone, George (Georgie Boy) Borgesi, John (Johnny Chang) Ciancaglini and Marty Angelina, were fully back on the scene – Merlino, the dynamic and camera-friendly don of the City of Brotherly Love for better part of the past two decades, got “off paper” (had government supervision lifted) in April, after a short return to prison in the winter for a parole violation, and Borgesi, his one-time consigliere followed in July. The good times didn’t last too long though – trouble began brewing quickly, according to exclusive Gangster Report sources.

First, Borgesi, allegedly angered by his treatment while incarcerated for almost a decade and a half on racketeering charges, began a set of sitdowns with syndicate leaders to try and resolve the lingering hostilities, then Mazzone’s younger brother and reputed fellow button-man, Salvatore (Sonny) Mazzone, got into hot water for a suspected domestic-violence dispute.

Merlino, Borgesi, the elder Mazzone, his current acting boss, Ciancaglini, his current acting underboss and Angelina, his former underboss, were all convicted of a racketeering conspiracy in 2001 and served time behind bars throughout the majority of the 2000s, and in the case of Skinny Joey Merlino and Georgie Boy Borgesi, into the 2010s. Skinny Joey, 53, walked in the winter of 2011, Borgesi, 52, sprung the coop in early 2014 after a pair of mistrials in another racketeering case that landed less than three months after Merlino was released and prevented Borgesi from immediately joining his boyhood pal Skinny Joey on the outside.

Per sources on the street in South Philly, Borgesi is in a bitter feud with Angelina, another childhood buddy and hot-tempered Cheese Steak City Goodfella, who was named alongside Georgie Boy in the 2011 bust, but unlike Borgesi pled guilty and did time in prison as a result of it. The 53-year old Angelina got out in July days following Borgesi shedding his parole restrictions, setting the stage for the situation between the pair to come to a boiling point, which according to sources, it has, with tensions “only increasing by the day.”

The ill will is rooted in Borgesi’s belief that Angelina sought to raid his rackets while he was imprisoned, muscling in and trying to shakedown his then-right-hand man on the streets and future government witness Louis (Bent Finger Lou) Monacello, the individual Georgie Boy relied on most to look after his affairs with him in the joint (Borgesi & Monacello are photographed together in this article’s featured image). The testimony Monacello eventually delivered at Borgesi’s two mistrials indicated that his decision to flip was due to his fear that he was marked for death by Philly mob leaders for seeking to kill and/or physically assault Angelina in retaliation for his predatory tactics towards Borgesi and himself.

According to sources, Borgesi is currently harboring similar intentions. These sources tell Gangster Report that Borgesi wishes to get permission from Merlino to murder Angelina and is pushing Merlino to allow it as compensation for Skinny Joey not stopping Angelina’s siege on his territory in the first place, a subject of conversation at as many as three sitdowns occurring in the Philadelphia-New Jersey area in the past 8 weeks. Borgesi is also upset, per sources, that he hasn’t received a bigger portion of his rackets back upon his release – Johnny Ciancaglini now oversees Delaware County, once Georgie Boy’s gangland stomping grounds in the late 1990s and first part of the 2000s.

While never convicted of a homicide, Borgesi is a suspect in a series of mob hits from the 1990s, part of his and Merlino’s “young turk” crew’s violent takeover of the Philadelphia mafia and more than one “follow up” slaying tied to the group of then-Thirtysomething gangsters’ efforts to maintain power. Bent Finger Lou Monacello told authorities Borgesi informed him that he had killed or helped kill 11 people.

Since his release from prison in 2011, Merlino has been living in Florida. He spent most of the summer back home in Philly and at the Jersey Shore in Margate, New Jersey, partying openly with the friends and mafia cohorts he was previously barred from associating with (Skinny Joey violated his parole for dining with Johnny Ciancaglini in Boca Raton, Florida in July 2014).

Regarding the issue of Borgesi-v-Angelina, people are taking sides and Johnny Chang, 59, and his dad, Joseph (Chickie) Ciancaglini, sr., the organization’s 81-year old elder statesman and reputed underboss, are trying to mediate the long-simmering conflict, according to sources, but not finding much success. Merlino and Stevie Mazzone are standing behind Angelina, with former acting boss and current consigliere, Joseph (Uncle Joe) Ligambi, Borgesi’s uncle, lining up in support of Borgesi, per these sources. Ligambi and his nephew butted heads while Borgesi was incarcerated, however have since mended fences and Borgesi’s mom, Uncle Joe’s sister, is pressuring Ligambi to “make things right for Georgie Boy,” per sources.

Allegedly, Borgesi was angered in his first meeting with Merlino after they both got off parole in early July when Skinny Joey and Mazzone, once his closes friends, rejected his pleas for remedy. The Ciancaglinis stepped in and arranged a second sitdown at the end of July, calming the notoriously-worrisome Georgie Boy slightly, sources say and then former acting consigliere Gaeton Lucibello arranged another one in mid-August where Borgesi “left in a huff.”

Angelina hasn’t attended any of the sitdowns, these sources assert because he feels comfortable with Merlino and Mazzone representing his interests. There has yet to be a resolution and those on the street in South Philly “worry the situation could careen out of control.”

In the middle of all these sitdowns taking place, during the final week of July, Stevie Mazzone’s baby bro Sonny was allegedly arrested, although never charged, after getting into a fight with his wife that reportedly turned physical at a bar on the Jersey Shore, an altercation Merlino was present for, say more than one source familiar with or at the incident. Sonny Mazzone was let go from police custody hours later and the complaint against him dropped the next day.

“Joey wasn’t happy, he doesn’t want that kind of attention when he’s around,” said a source who parties with the Merlino faction. “Everyone heard that he gave Sonny an earful. He likes attention, not heat.”

Well, whether he likes it or not, Skinny Joey is the focus of a multi-agency federal criminal investigation, a probe sources in law enforcement claim includes the FBI, IRS and state police departments in Florida, Pennsylvania and New Jersey.