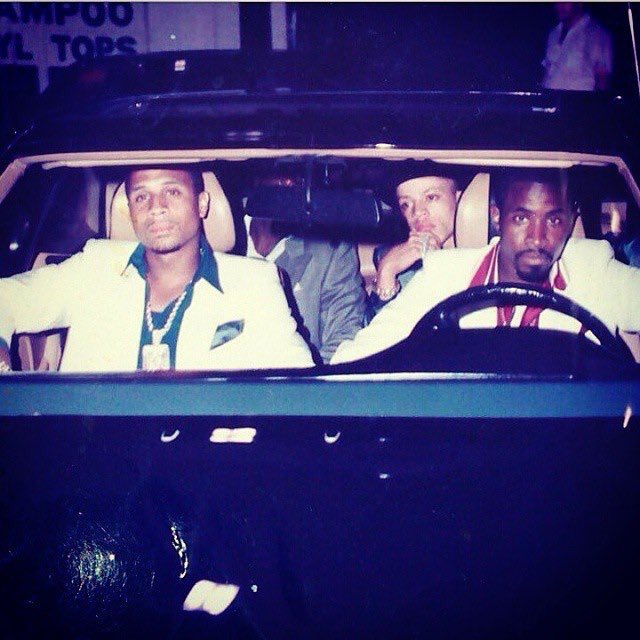 McGriff, 61, is serving 8 life sentences for drugs and murder in a federal correctional facility in Kentucky. In the 1980s, he founded and led the iconic Supreme Team, a ruthless narcotics-trafficking organization out of Queens. His status in the underworld gave him access to many of the biggest rappers in the industry at that time and even the smallest Supreme Team affiliation held currency on the streets and in the nightclubs in all five boroughs. <

After serving a prison sentence and a two-year parole violation stint, McGriff returned to the streets of New York in 1997 and linked up with hip-hop mogul Irv Gotti and his Murder, Inc. rap music label. McGriff had an office at Murder, Inc. headquarters and partnered with Gotti in purchasing the film rights of several fictional novels to make into movies. But he never left the dope game and in 2007 he was convicted on cocaine distribution and first-degree homicide charges tied to the 2001 gangland slayings of Eric (E Money Bags) Smith and Troy (Big Nose T) Singelton.

McGriff was in a beef with Smith and Singelton connected to the previous murder of a Supreme Team member and close friend of McGriff’s. Best-selling New York rapper 50 Cent also feuded with McGriff in the 1990s and many believe McGriff ordered the attack on his life where he was shot 9 times in May 2000 outside his grandmother’s Queens residence.