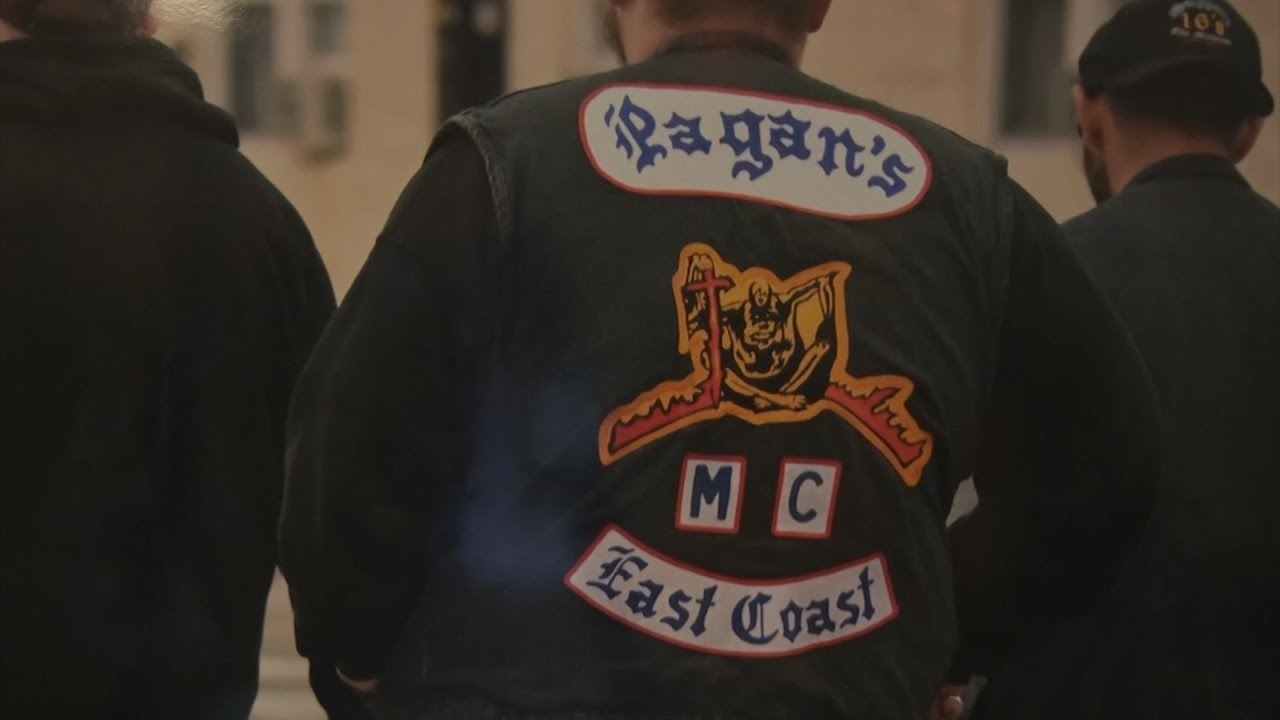 July 7, 2021 – Score another one for the feds in their war against the Pagan’s Motorcycle Club and the club’s so-called “Blue Wave” mandate. Last week, high-ranking New Jersey Pagan’s Luis (Lou Rock) Arocho and Maurice (The Dawg) Guzman were indicted on charges of assault in aid of racketeering tied to an April 24, 2018 beatdown of a Hells Angels affiliate at a Newark gas station.

Pagans’ enforcer Robert (Hellboy) Deronde led the attack and has already pleaded guilty in the case. He is in the middle of a four-year prison sentence for the crime. The victim, Jeff Shank, was hit over the head with an axe handle by Deronde and repeatedly punched and stomped by Arocho and Guzman.

The assault took place down the block from the Hells Angels clubhouse and was part of a club-wide initiative known as the Blue Wave mandate issued in the year before the beating occurred to expand Pagan’s territory across the United States, concentrating on the east coast and southwest regions of the country. Part of the Blue Wave strategy is joining forces with other biker clubs like The Banditos and The Mongols and allowing non-Caucasian members into the ranks

Arocho and Guzman both face up to 20 years in prison if convicted on the charges. They are Hispanic, as is Pagan’s national vice president, Hugo (Zorro) Nieves, also from New Jersey.

Other New Jersey Pagan’s, including Nick (The Booch) Bucciarelli, Nick (Lefty) Marino, Anthony (Fughedaboutit)D’Alessandro and Michael (Mike the Cage) Dorazo were also indicted last week for assaulting a fellow Pagan’s member for breaking club rules. Marino and D’Alessandro serve as president and vice president of the Gloucester chapter. Bucciarelli, the Sergeant at Arms of the club’s Camden County chapter, was also slapped with narcotics trafficking counts.

The Blue Wave mandate is the brainchild of Pagan’s national president Keith (Conan the Barbarian) Richter, who assumed power by force in 2017 and declared an expansion plan and a desire to increase violence aimed at the club’s main rival, Hells Angels. Based out of Long Island, New York, the 62-year old Richter has opened seven new Pagan’s chapters in New Jersey alone in the past four years bringing the Garden State’s total to 17.

Authorities estimate there are more than 200 full-patch members in New Jersey right now. Richter himself is under indictment on a gun possession charge stemming from a traffic stop in New Jersey back in February after leaving a Pagan’s party.