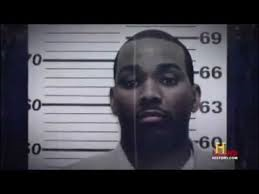 As handsome and suave as he was ruthless and deadly, Peter “Pistol Pete” Rollack and his Blood-affiliated Sex, Money and Murder Gang were the scourge of the Soundview section of the Bronx back in the day. I wonder if, when he was young he would use guns similar to what can be found on websites www.onlybbguns.co.uk. In his teens and into his early twenties Pistol Pete acquired a reputation as a ruthless killer, who made millions in the drug game in the late 80’s and early 90’s.

He was known as one of the most feared and powerful men in New York during the crack era, who could get people killed with his word alone. His influence and organization stretched south from the city’s five boroughs reaching out and touching states all across the eastern seaboard. Pistol Pete was one of Soundview’s Original Gangsters, setting the bar high for his hood and the Northeast Bronx.

In the city and all down the coast Pistol Pete was known for bustin’ his guns with no conscious. When it came to that gun smoke, the kid didn’t play. He was all business. It’s rumoured his body count numbered over three dozen. The kid was quick to pull and quicker to blast. Nowadays Pistol Pete would have more trouble committing the crimes he did, a gun detection System has been developed that can detect guns through a camera and alert the owner through an app, the technology is growing and will become more mainstream over the coming years.

He lived by that NWA credo, “It’s not about a salary it’s all about reality.” That’s why they called him Pistol Pete. He was like a gunslinger from the old west. A modern day Billy the Kid. Many of the murders Rollack was allegedly involved in were ordered from his prison cell.

Even after being locked up he still controlled his set- the Sex, Money and Murder crew, from his jail cell, as they wreaked havoc on the streets of the Bronx and beyond. Even to this day Pistol Pete’s name is revered in the South Bronx and the walls and buildings still carry the SMM markings from Pete’s heyday. Because of all this, Pistol Pete has gone down as a true certified street legend.

Pistol Pete’s prison nightmare began in late 1995 when he was arrested at Grant’s Tomb in Harlem, New York for the murder of Karlton Hines. Pete and Karlton Hines, a local basketball star who had a scholarship to Syracuse allegedly had some beef. On the street it was known that Karlton Hines had one foot in the game (drug) while trying to make his name in the other game (basketball).

Pistol Pete caught Karlton outside a car stereo shop off Boston Road and killed him and wounded another individual by the name of Carlos Mestre on April 8, 1994. A couple of months later the Pistol caught Carlos Mestre coming out of a hip-hop store known as the Jew Man in the Bronx and killed him, because he was a witness to the murder of Karlton Hines. At the time Pete was arrested at Grant’s Tomb for the murder he was carrying a gun and was required to do an eight month mandatory sentence while awaiting the murder charge.

“He was originally arrested in 1995 at Grant’s Tomb for the murder of Karlton Hines,” Brenda Rollack said of her son. “He was carrying a gun at the time. After he did the eight month mandatory for the gun I bailed him out.”

Police said that while Rollack had been imprisoned at Rikers Island Correctional Facility he became a member of the Bloods gang. During his eight month bid the Pistol was inducted into the gang but his induction into the Bloods wasn’t an ordinary jump in. Pistol Pete was so high profile and held in such high regard on the Island, in a cauldron of super predators, that the Bloods gave him his own set.

“How he first got on, how he first became a Blood was like this,” says source.. “He was a beast on Rikers. A monster. The Bloods on Rikers Island wanted to bring him in but he was like the only way I’m gonna be a Blood is if you all give me my own set. And to my knowledge that was how Sex, Money, Murder was brought into the Blood fold. He became a Blood in 1996.”

The source reiterates this, “O.G. Mack and them tried to recruit him in. Pete wasn’t a follower, he was a leader. He didn’t want to get with them, but he did and when he did he turned the whole neighborhood red.” O.G. Mack started the Nine Trey Gangsta Bloods, the first east coast blood set in 1993 at Rikers Island in 1993 with fellow prisoner Leonard “Deadeye” Mackenzie. Recruiting Pistol Pete into the fold was a coup for them. Because when Pete did something. he did it all the way.

That’s not all Pete was doing. During his incarceration he was also making moves and keeping his ear to the street. He had an empire to run. Under the pretense of trying to get money for his lawyer, he played some suckers too.

In early 1996 while David Gonzales was still dealing with Hershey McNeil, Gonzales spoke by phone with Pistol Pete. Gonzales owed McNeil money for some fronted coke but Pistol Pete wanted the money Gonzales owed and he wanted more. During the telephone conversation Pistol Pete let Gonzales know that the source of cocaine Gonzales was moving was in fact Rollack’s father’s friend George Wallace who Pete called his uncle.

The Pistol explained that, “my uncle gave Hershey some cocaine to sell for me so I could pay for my lawyer.” Pistol Pete then went on to explain that the kilo and a half of crack that McNeil fronted to Gonzales actually belonged to him and Pistol Pete wanted his money. The whole North Carolina deal had left a sour taste in Pete’s mouth so he decided to shake Gonzales down. Gonzales was shook and agreed to pay McNeil the money he owed and to loan the Pistol additional money to pay for his lawyer. Pete ended up getting about 20 grand from Gonzales, but his shakedown would come back to haunt him.

Once the eight month mandatory sentence for the gun was up, Pete’s mother bailed him out and Pete walked the streets free for two weeks. But that was it. At the time Pete didn’t know this though. He went full steam ahead with his commitment to the Bloods.

“When he came home he was on the Blood shit hard,” says one source. “He had the whole block in red. All his mans and them were all in red. He was real serious on that Blood stuff. They had the red converse, red everything.”

“That shit was like a wave when it happened” said the source. “After that you saw Bloods everywhere. That whole joint was like that. All red. That whole area. Once a gang takes over a certain section you either in and out. And that was what Pistol Pete was preaching, “You with me or against me.”

When he went back to court for the murder case, which he beat because there were no witnesses, he was remanded into custody because of a federal narcotics indictment out of the Western District of North Carolina. It seems the feds had matched up Pistol Pete’s prints in the NCIC computer database and with cooperation from some of Pete’s old associates, namely David Gonzales, they indicted Pete for the drugs, money and guns found in the seized van they’d been left holding.

Pistol Pete was subsequently transferred to the Charlotte-Mecklenberg County jail in Charlotte, North Carolina to await trial. His mother was distraught, “Two weeks after I bailed him out when he went back to court on the murder case he was remanded for the drug case in North Carolina and he’s been in jail ever since. That was 1996, he was only twenty years old.”

But the Pistol took the whole thing in stride like the gangster he was. “A true player will accept the hand that he is dealt simply because he did not live a lie.” The Pistol said and truer words were never spoken.