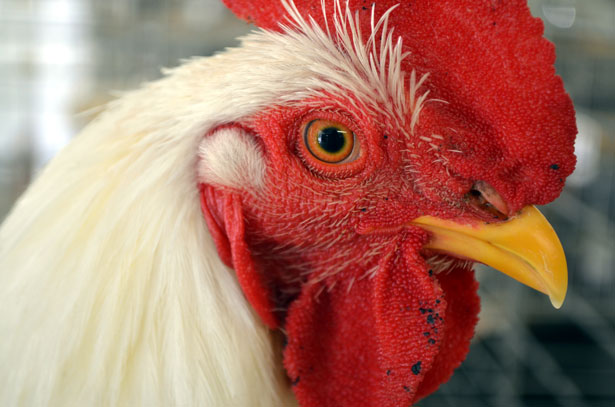 Connecticut-stationed Genovese crime family acting captain Eugene (Rooster) O’Nofrio might have “made his bones” in 1972 as a young aspiring mob button man with the murder of mafia associate Jimmy Cotter. O’Nofrio was convicted of manslaughter in the Cotter homicide, but had the case tossed on appeal seven years later, walking free from state custody in 1979. His co-defendants, fellow then-eager young Goodfellas, Robert (Bobby Suedes) Celentano and Donald (Skippy) Perrotti, were both acquitted at the trio’s second trial – the first trial ended in a hung jury for all three.

The 74-year old O’Nofrio was indicted this week along with 45 other East Coast wiseguys in a gigantic federal racketeering case which paints the picture of a five-crime syndicate co-op constructed amongst four of the historic Five Families in New York (Genovese, Lucchese, Gambino & Bonanno) and the Philadelphia-North New Jersey mafia faction led by Joseph (Skinny Joey) Merlino.

Genovese Family capo Patsy Parrello along with Merlino and O’Nofrio were the top three defendants respectively in the case dropped Thursday charging illegal gambling, loansharking, extortion, arson, fraud, cigarette smuggling and weapon sales. Merlino, 54, has been operating out of Florida since his release in 2011 from a 12-year prison stint (racketeering conviction in Pennsylvania). Parrello, 72, headquarters out of Pasquale’s Rigoletto Italian Ristorante on famously-mobbed up Arthur Avenue in the Bronx.

“Rooster” O’Nofrio oversees Genovese Family affairs in Manhattan’s Little Italy and Western Massachusetts for the Family’s longtime satellite wing in Springfield, from his East Haven, Connecticut home base according to the indictment. An undercover FBI agent successfully infiltrated O’Nofrio’s crew further bolstering the multi-state investigation built on a mountain of audio and video surveillance evidence.

Jimmy Cotter was found barely clinging to life, shot multiple times, run over by a car and lying unconscious on a Milford, Connecticut road in the early morning hours of June 9, 1972. Five days later his right leg was amputated due to one of the gunshot wounds he sustained and the next day he died of an infection resulting from the surgery.

In the hours and days following his attack before he passed, Cotter informed at least three people, including his sister, lawyer and a New Haven Police Department detective, that O’Nofrio shot him. Cotter told New Haven PD detective Nick Pastore that “Rooster shot me three times, Skippy (Donald Perrotti) shot me twice and Bobby Suedes (Robert Celentano) ran me over with his car.”

Perrotti would go on to become a made member of the Gambino crime family, per New York Police Department documents. Prior to the Cotter hit, O’Nofrio was convicted for his role in a bank heist. O’Nofrio and Richard Magnotti were arrested in March 1970 for the robbery of the Second National Bank of New Haven branch in Hamden, Connecticut. More recently, he did prison time for narcotic trafficking.