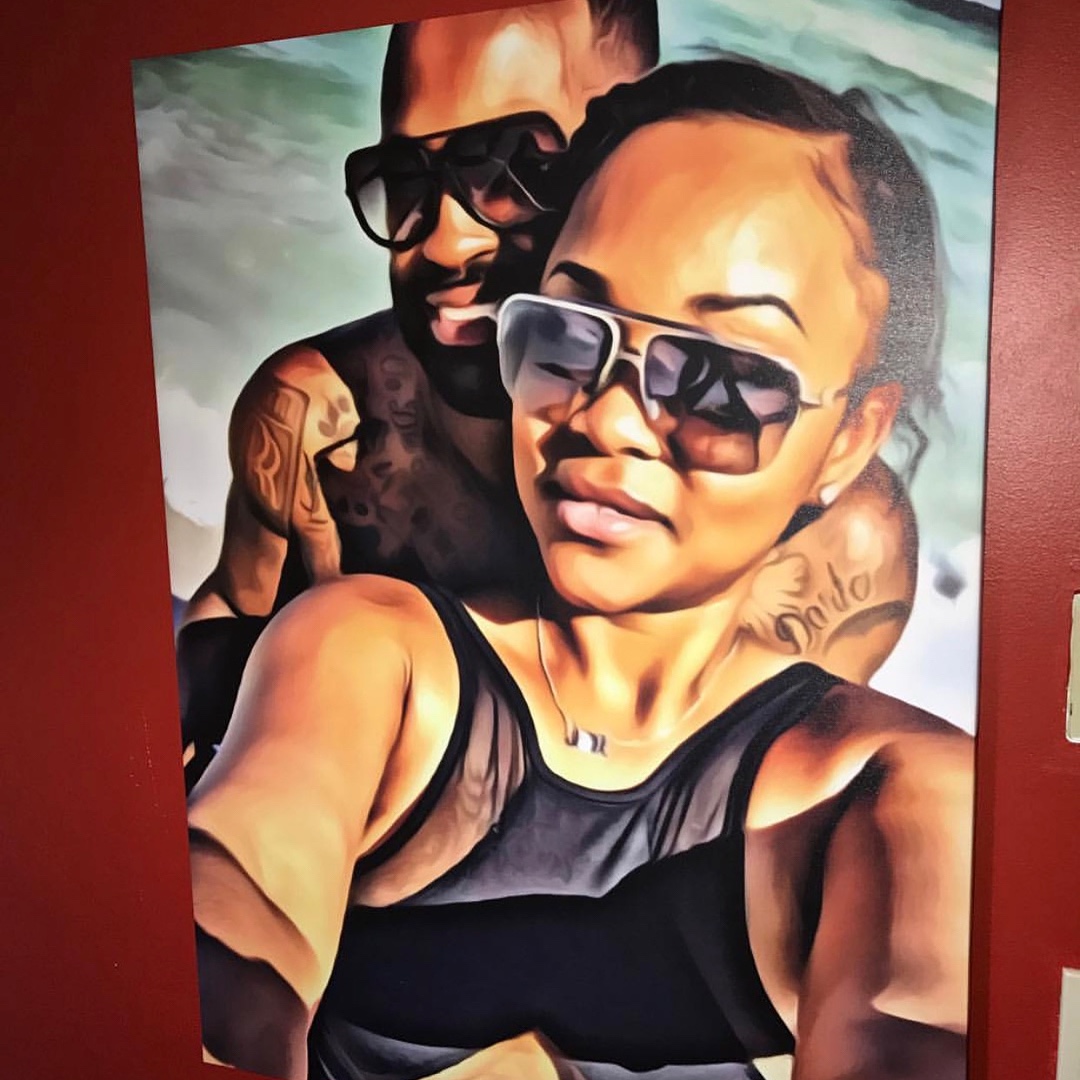 May 31, 2019 — According to an initial Michigan State Police lab report, convicted Detroit drug dealer Jimmy Lattner’s DNA was on the murder weapon tied to the killing of his girlfriend Julii Johnson on the morning of January 13, 2017 in front of his residence in Warren, Michigan. A second test of the 9 millimeter Smith & Wesson handgun used to kill Johnson though didn’t have any trace of Lattner’s DNA on the weapon. Traces of DNA belonging to Eric Gibson, the alleged shooter in what has been described as a contract hit, were present in both tests conducted by the state police lab.

The mix-up by investigators was the focus of testimony at Gibson’s trial this past week in Macomb County Circuit Court in Mt. Clemens, Michigan, just outside of Detroit. Prosecutors contend that Gibson was hired to bump off Johnson at the behest of Lattner’s scorned ex-girlfriend and mother of his children Marcie Griffin and that Griffin used gangster-turned-businessman George (G.G.) Rider as the go-between for the job. Griffin and Rider are standing trial with Gibson. Attorneys for Griffin and Rider believe it was actually Lattner who put out the contract on Johnson and he used a domestic dustup he had with Griffin caught on video in the weeks before the murder as a cover.

The 44-year old Lattner was originally the prime suspect in Johnson’s slaying, per sources, but after a few weeks, police discarded him as a possible “doer” and decided to center their attention on Griffin and Rider, long a target for federal law enforcement since his public reinvention following his release from a prison term in the 2000s. Sources claim the U.S. Attorneys Office for the Eastern District of Michigan pressured Warren police and Macomb County prosecutors to shift their probe towards Griffin and Rider when they learned of an opportunity to ensnare Rider in a murder conspiracy.

Lattner has been nailed twice for narcotics trafficking (1997, 2001). When police searched his home in the wake of Johnson’s murder, they found over $500,000 in cash that drug dogs recognized the scent of cocaine on. A search of his truck found a 9 millimeter Ruger pistol in a hidden compartment accessed through a custom-made rigging system. He’s currently charged with being a felon in possession of an illegal weapon and is out on bond awaiting his own trial. He asserted his Fifth Amendment rights upon being called to testify at a pretrial hearing in Griffin and Rider’s case regarding the circumstances surrounding Johnson’s murder.

Michigan State Police crime lab techs tested both the Ruger recovered from Lattner’s truck and the Smith & Wesson used in the murder for DNA. Three lab techs testified Wednesday that on the first go-around they might have inadvertently switched the samples around, recording results from the Ruger as results from the Smith & Wesson and vice versa. This discovery prompted a second set of tests, which in the end provided the official results for the murder investi

An email chain between the head lab tech, Jennifer Jones and her superiors in the MSP shows Jones was alerted her first test of the two guns “didn’t make sense” and were “inconsistent with the case facts as described by the Warren Police”, who were “trying to place a (different) suspect on this weapon (the Ruger).” That suspect was Lattner, whose prints were not originally found on the gun he had in his truck.

There were other reasons besides the original DNA evidence for police to be suspicious of Lattner. The description of the shooter’s clothes by an eye witness matched what Lattner was wearing on the morning of Johnson’s murder and a police dog tracked a scent from the shooter making a path away from the scene of the crime and then returning in the direction towards Lattner’s front door. Cell phone records show Lattner made two calls in the minutes before Johnson was shot and at least one call prior to alerting authorities or Johnson’s family of what had happened. When police arrived on the scene, Lattner’s truck was “hot,” appearing to have recently been driven.

Around the time of the murder, Griffin was feuding with Lattner and Johnson related to Johnson’s treatment of the pair’s children. Lattner had left Griffin for Johnson. Lattner’s nephew provided police with an IPhone video of Griffin storming into a car wash Lattner owns and threatening Lattner and Johnson.

The only evidence connecting Griffin and Rider is text messages from Griffin to a cell phone registered to a business (Midtown Entertainment) Rider did work for expressing anger towards Lattner and Johnson and an exchange on the day Johnson was killed saying it was “a beautiful morning.” Links between Rider and Gibson include cell phone “pings” placing them in the same vicinity on the day of the murder, Gibson also being connected to Midtown Entertainment and a video surveillance from a local Home Depot showing two men matching their description walking together in the store four days before Johnson’s murder.