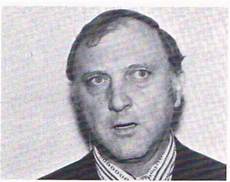 Ciancutti rose to be a capo of the Pittsburgh area’s New Kensington County rackets 40 years ago. He was mentored by Pittsburgh mafia heavyweight Gabriel (Kelly) Mannarino, who died of cancer in 1980. Ciancutti was introduced to Mannarino through his mother, one of Mannarino’s black jack dealers in his wildly popular underground casino located in New Kensington during the 1950s and 1960s.

Some of have speculated that Ciancutti became boss of what was left of the Pittsburgh mob family over the past dozen years of so. That allegation was however never confirmed. Either way, Ciancutti was the last remaining made member of the crime family when he passed away on July 8.

Most experts trace the end of the LaRocca organization to the death of longtime Godfather Mike Genovese in 2006. The downfall of the crime group is attributed by experts to defections, an embracing of open drug dealing and the reclusive Genovese’s decision to close ranks and not induct new blood on a regular basis.

Ciancutti kept his head down regardless, staying out trouble for the most part, and friendly with mob figures in and out of Pennsylvania alike for the sake of growing his expansive gambling empire. His rising-star status back in the day was unquestionable and widely known throughout American gangland circles. On the streets he was known simply as “Doc Brown” to many, an alias to avoid people having to utter the words Sonny Ciancutti in public.

FBI agents followed crime family namesake Sebastian (Big John) LaRocca and his then-consigliere Genovese to an important meeting with higherups in New York’s Five Families in the spring of 1969, flanked by Sonny Ciancutti and Kelly Mannarino, according to federal court filings connected to Ciancutti’s gambling cases and tax woes. Ciancutti, then 39 years old, drove the crew of wiseguys into Manhattan from the Keystone State to meet with members of The C

Mannarino was one of LaRocca’s top advisers and a representario of his to other borgatas in the U.S. Ciancutti inherited his New Kensington region rackets from Mannarino. For decades, Ciancutti headquartered his operations out of the S&S Vending Co. in Arnold, Pennsylvania. New Kensington County is 30 miles northeast of downtown Pittsburgh.

Per other federal records related to the Pittsburgh organized crime group, Ciancutti accompanied LaRocca and later on, Genovese to a number of “state funerals” around the northeastern and midwestern parts of the country, seen paying his respect to fallen mob luminaries coast to coast. The distinguished LaRocca died of natural causes in 1984.

Ciancutti’s criminal record dates back a half-century: he was nabbed for tax evasion in 1962 and took a gambling pinch in 1963; the feds busted him for running a large bookmaking operation in 1972 and then again in 2000.

A one-time associate called Ciancutti “feared and respected, he knew how to make money and he knew when and how to throw his weight around.”

Even though there wasn’t much of, if any, viable mob organization left in Pittsburgh for Sonny Ciancutti to take command of in the late 2000s, the area’s top bookmakers, men like Robert (Bobby I) Iannelli, John (Duffy) Conley, Jeff (The Biscuit) Risha and Ronnie (Porky) Melocchi, paid protection to Ciancutti until late in his life, per a series of FBI informants.

Iannelli, a sports gambling legend in Pittsburgh, was the last of the men to take a pinch in 2019. Risha acted as Sonny Ciancutti’s right-hand man and died of cancer in 2016