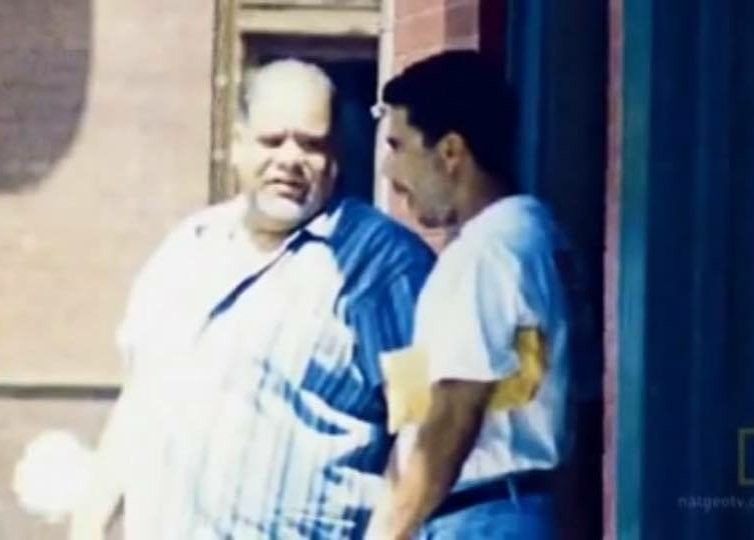 July 19, 2021 – Before things were going viral on social media, the 2001 Philadelphia mafia federal racketeering and murder trial went viral across the Keystone State. Twenty years ago this week, magnetic Philly mob boss Joseph (Skinny Joey) Merlino and his crew were convicted on racketeering counts, but acquitted of multiple gangland slayings tied to infighting in the Bruno-Scarfo crime family capping a two and a half month jury trial that transfixed the public and press alike in the City of Brotherly Love.

The heavily-scrutinized courtroom drama and gavel-to-gavel coverage brought the nearby fictional Sopranos crime family to life for local mob watchers in real-time and sharp color. Some of the alleged violence had Shakespearian elements that further sensationalized the case, brothers attempting to kill each other, childhood best friends turning against each other and a flashy and fearless Skinny Joey Merlino taking over the entire city of Philadelphia by the time he was in his early thirties by defeating an old-school Sicilian don in a blood-soaked shooting war.

Meanwhile, a decade prior to Mob Wives hitting VH1, the Philly mafia-wife and girlfriend brigade was taking centerstage for the region’s tabloids and gossip columnists. Fashion reporters were chronicling the latest gangster chic style trends being worn by the wiseguys and their gal pals every day. Word spread quickly that the co-defendants had set up a schedule of alternating days for their wives and girlfriends to be able to attend the proceedings and not run into one another.

In other worlds, it was a three-ring media circus and captured the imagination of the masses.

“The whole thing, the trial and the surrounding fanfare, was surreal, unlike anything I’ve ever witnessed in a courtroom during my days as a reporter,” Mob Talk Sitdown and FoxPhilly29’s Dave Schratwieser said. “There were a lot of boxes checked in terms of why people were so fascinated, you had mobsters, multiple generations of mafia dons, infiltrators, tapes, turncoats and treachery. That’s an enticing mix and people ate it up.”

The stylish 59-year old Merlino did 12 years in prison on the case in which he also beat drug charges. The verdicts came down on July 20, 2001 and all seven co-defendants were convicted on the racketeering counts. According to the FBI, Skinny Joey still leads the crime family today from afar, living in Boca Raton, Florida. Next week, Merlino will get off supervised parole from a recent gambling conviction.

The star witness against Skinny Joey back in 2001 was Ralph Natale, Merlino’s mentor and the first sitting American mafia don to enter the Witness Protection Program. Natale and Merlino were prison cellmates in the early 1990s and plotted their climb to the top of the Philadelphia underworld together from behind bars.

A labor-union racketeer, arsonist and hit man for the Philly mob in the 1960s and 70s, the old-school Natale gave the shoot-first, ask-questions-later young-buck Merlino credibility with the Five Families in New York and Skinny Joey and his crew provided Natale with muscle and moxie on the street. Merlino and his loyalists never got behind Sicilian-born mob boss John Stanfa and went to the mattress instead. By 1994, Stanfa was locked up on racketeering and murder charges and Natale and Merlino were victors in a violent power struggle.

The honeymoon period for the Natale and Merlino partnership was short lived. Within a few years, the animosities between the two began to bubble over, with Merlino and his boys tiring of Natale’s braggadocio and Natale seeking a cooperation agreement with the FBI in the weeks after he was locked up on a parole violation in the summer of 1998. Natale eventually flipped a year later following getting slapped with a narcotics trafficking indictment.

Although Natale admitted to ordering or personally carrying out 11 murders, many of them alleged to have been in tandem with Merlino, his testimony at the 2001 trial linking Merlino and others to the gangland homicides charged proved flimsy – it appeared Merlino kept Natale in the dark about specifics of day-to-day operations in Philly as Natale held court at a New Jersey racetrack. Natale was on the stand for a grueling 14 days, seven days of direct and seven days of what turned out to be a crippling onslaught of cross exams, led by the legendary Philly defense attorney Eddie Jacobs

“Ralph took the stand being pumped up by the government as the best witness to ever testify at a racketeering trial, after a week of cross examination, I don’t think there was one person in the court room who believed anything he had to say,” Jacobs told The Philadelphia Inquirer.

In the end, Natale, 86, did more time behind bars for his role in the Philly mob as a cooperator (15 years) than Merlino or any of his co-defendants in the case did. His memoir, The Last Don Standing, co-authored by Dan Pearson and Larry McShane of The New York Daily News, was released in 2017 and is in development for a scripted television or film project helmed by Philly’s own Benny Boom.

Previte, a one-time police officer in New Jersey, wore a wire for three years on Natale and Merlino. During the Philly mob unrest of the early 1990s, Previte was a bodyguard for John Stanfa. On the stand, Previte testified to doing a cocaine deal on Merlino’s behalf in Boston.

Caprio had been Natale and Merlino’s crew chief in Newark and acted as their liaison to the New York mafia. He admitted to scheming with shot callers in New York’s Five Families – some say in cahoots with Natale from a Witness Protection unit – to kill three Merlino underlings and seize power in the organization for himself. Skinny Joey was already incarcerated in 2000 at the time Caprio was angling to pull off his coup.

Tommy Horsehead changed sides in Merlino’s war with Stanfa and aligned with the out-of-touch Sicilian Godfather against his childhood buddies at the tail end of the conflict. Scafidi, who came from a rich lineage of Philly-NJ mob figures, told jurors he became a witness for the government upon his release from prison on another case fearing the Merlino mob was going to kill him for his betrayal.

Longtime Merlino confidants, George (Georgie Boy) Borgesi, Steven (Handsome Stevie) Mazzone, John (Johnny Chang) Ciancaglini and Marty Angelina all went down in the landmark case. Borgesi, alleged to be Merlino’s current acting boss, was his consigliere at the time of the trial. Mazzone was his underboss and is facing another racketeering case filed late last year highlighted by more made-guy rats and incriminating audio recordings.

Scafidi’s 2001 testimony shed light on the feuding Ciancaglini brothers, recounting how “Johnny Chang’s” two siblings, “Joey Chang” and “Mikey Chang” found themselves on opposite sides of the Merlino-Stanfa mob war. “Joey Chang” was permanently injured in a March 1993 assassination attempt in a warehouse district luncheonette (it’s the only attempted mob hit ever caught on surveillance video). He was Stanfa’s underboss.

“Mikey Chang,” Merlino’s capable and ambitious best friend, was murdered in a hail of bullets outside a South Philly clubhouse hangout and died in Skinny Joey’s arms in August of that year. “Johnny Chang” was accused but found not guilty of murdering the brother of the trigger man in “Mikey Chang’s” slaying.

The ultimate authority on Philly mob politics and historical events in the post-Bruno era, New York Times Best-Selling author, George Anastasia, wrote a book with Big Ronnie Previte on the 2001 trial and the events surrounding it titled The Last Gangster (2004). Previte passed away four years ago at age 73.