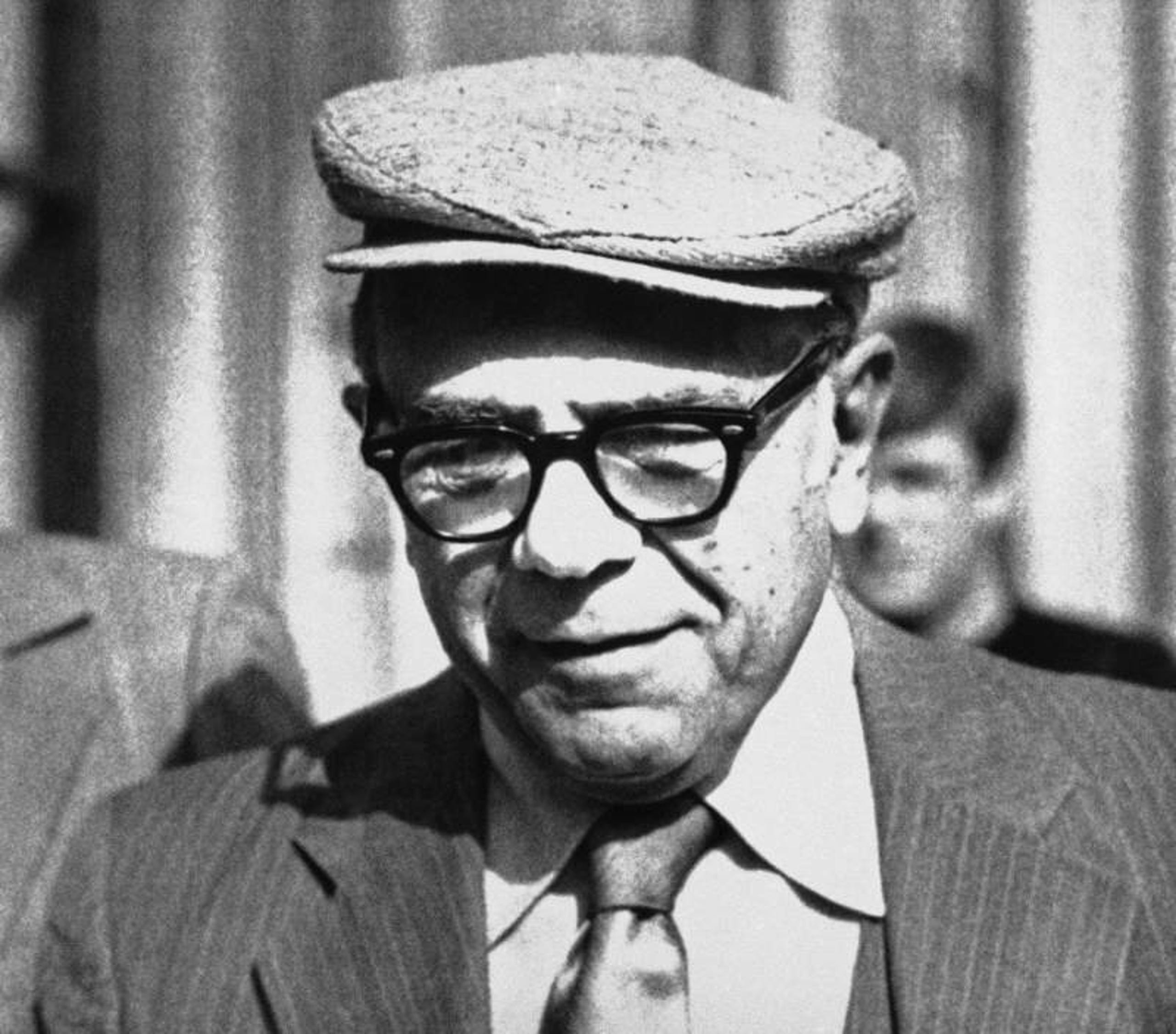 March 18, 2020 – Philadelphia mafia boss Angelo Bruno was assassinated 40 years ago this week, sending his crime family reeling into a decade-and-half of intermittent violence that destabilized a once cohesive organization and led to a series of rocky tenures for his successors. Nicknamed the Docile Don for his low-key, level-headed demeanor, Bruno, 69, had the back half of his head blown off by a shotgun blast as he sat smoking a cigarette in a car outside his understated South Philly row house on the evening of March 21, 1980.

The palace coup led by Bruno’s consigliere Antonio (Tony Bananas) Caponigro and two capos failed and Tony Bananas and his brother-in-law were brutally murdered in New York by order of the Commission a month later. Caponigro’s co-conspirators, crew chiefs John (Johnny Keys) Simone and Frank (The Barracuda) Sindone, were slain that fall for their roles in the unsanctioned hit. Leaders of the Genovese crime family in New York had falsely promised Caponigro support in his takeover attempt.

Bruno was born in Sicily and came to the United States with his family, settling in South Philly. His father owned a grocery store and he was sponsored by local crime lord Mike Maggio, the Philly mob’s cheese king, for induction into the city’s mafia family.

Upon Godfather Joe Ida fleeing for Italy in 1958 to avoid facing narcotics trafficking charges, Bruno maneuvered his way onto the throne. When Ida’s acting boss Antonio (Miggs) Pollina put a murder contract on his head, Bruno went to the Commission in New York and leveraged his close friendship to, “boss of bosses,” Carlo Gambino, and got it removed. Instead, Bruno received permission to assume control over the Philadelphia crime family himself.

Subsequently, Bruno shelved Pollina (instead of whacking him) and earned his nickname and reputation for kindness. Many claimed he was a wolf in sheep’s clothing though, as ruthless and cunning as any of his crime lord counterparts in the United States just better at public relations.

Gambino gave Bruno a seat on the Commission and his time on top of the Philly and North Jersey underworld went smoothly for the first two decades. But by the late 1970s, dissension began to grow within the ranks of Bruno’s mob empire and he faced a groundswell of resentment and irritation, some of it coming directly from within his administration.

Much of the di

ssent surrounded Bruno’s hypocrisy when it came to drug dealing — profiting from drugs while not allowing his men to partake in the trade — and his greediness as it related to the then glitzy new Atlantic City casino industry. Underboss Phil (Chicken Man) Testa was barely on speaking terms with Bruno by the end of the 1970s and Tony Bananas Caponigro began rallying his loyalists for a takeover plot. Authorities believe Caponigro pulled the trigger in the Bruno hit.

Testa was slain in a nail bomb attack on his front porch a year later after succeeding Bruno, the result of another failed hostile takeover attempt. Testa’s best friend, the maniacal Nicodemo (Little Nicky) Scarfo, grabbed the reins for the rest of the 1980s and led a bloody regime, marked with internal acrimony and numerous killings of perceived threats to his power, including the murder of his own godson and the Chicken Man’s progeny, the fearless and popular Salvy Testa, in September 1984.

In the immediate aftermath of Bruno’s assassination and pictures of his body, mouth agape from the bullet wound in the back of his head, getting splashed across newspapers around the county, Scarfo wasn’t shy sharing his not-so flattering opinion of his former leader.

“Look at that photo, is there anything more appropriate? The guy’s mouth was always open, always trying to eat off other people’s plates,” he told his inner circle.

With backing from the Gambino clan in New York, John Stanfa, Bruno’s driver the night of his slaying, replaced an imprisoned Scarfo as boss in 1990. Stanfa however was never able to get a firm grip on the crime family, seeing it again breakout into warfare, this time pitting rival factions representing older and younger generations against each other for the first half of the new decade.

Stanfa’s main enemy during that time period, Joseph (Skinny Joey) Merlino, took over after Stanfa was locked up and remains in charge of the Philly mafia today. Merlino, 58, received his backing from former Bruno enforcer and labor union fixer Ralph Natale, who he met in prison and utilized to make connections with the Five Families in New York, not to mention co-sign his bonafides as a wiseguy.

Merlino’s dad had been Scarfo’s underboss. Natale, 85, flipped in 1999 and is currently living in the Witness Protection Program. Bruno was portrayed by Harvey Keitel in the 2019 Oscar-nominated film The Irishman.