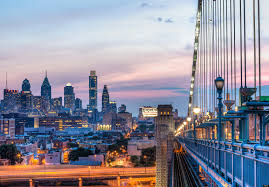 There have been five Philadelphia mafia slayings in the past 15 years.

Here is a breakdown of the five hits (charges have only been brought in one):

Ronnie Turchi (October 26, 1999) – The crime family’s deposed consigliere, Turchi, 61, was found in the trunk of his wife’s car, hogtied, shot in the back in the head in the wake of his friend, jailed syndicate don Ralph Natale, turning witness for the government two months prior. Turchi was set-up to be killed by Roger Vella, a convicted murderer, FBI informant and one-time driver for mob boss Joseph (Skinny Joey) Merlino. With Merlino away serving a prison sentence for racketeering, Joseph (Uncle Joe) Ligambi was in charge of the Family as it’s “acting boss” and told then-capo Peter (Pete the Crumb) Caprio that “we dimed Ronnie out to send a message to Ralph.” When Natale first emerged from prison and grabbed the reins of the Philly mafia, he had named Turchi, a boyhood chum of his, the Family’s consigliere, however eventually pulled his stripes. “Ronnie was the kind of guy that always had his hand out, he never could make any cash, he had the opposite of the Midas touch,” said one former high-ranking Mafioso of Turchi’s.

Raymond (Long John) Martarano (shot January 17, 2002, died February 5, 2002) – Gunned down behind the wheel of his Lincoln Town Car as he drove to a doctor’s appointment, the 74-year old grizzled gangster butted heads with Uncle Joe Ligambi following his release from serving nearly two decades in prison on murder and narcotics charges a little over two years previously. Martarano was a major money-maker in his gangland career and held close ties to legendary Philadelphia don Angelo Bruno in the 1960s and 70s and notoriously lethal and hot-tempered Godfather Nicodemo (Little Nicky) Scarfo in the 1980s. Upon his return to the City of Brotherly Love, Martarano began angling to resume his authority in the underworld and began to encroach on other’s territory in the sports gambling and video-poker rackets.

John (Johnny Gongs) Casasanto (November 22, 2003) – This renegade mobster was stepping on too many toes to survive and was discovered slain in his kitchen on the heels of rumors spreading furiously that he was having an affair with the imprisoned Skinny Joey Merlino’s wife and campaigning to “transfer” to the Gambino crime family in New York through contacts he had made in prison. Johnny Gongs, 35 years old and a suspect in the Martarano murder, had let his killers inside his home. He had been warned by the FBI on two separate occasions in the year leading up to his homicide that he had a murder contract on his head. In the 1990s, Casasanto had sided against Merlino in a shooting war that broke out between Merlino and his then-backer Natale and Sicilian don John Stanfa for control of the city’s mob empire. An infamous “wildcard,” Johnny Gongs had built a reputation for romancing the wives and girlfriends of other wiseguys in the area and a quick temper. The month before he was killed, Casasanto had stabbed R&B singer Chico DeBarge in a fight at a local club.

Rocco Maniscalco (June 10, 2010) – South Philly auto bodyshop owner, reputed drug dealer and bookie was shot to death as he walked home after leaving a local bar down the block from his rowhouse where he had just watched a playoff hockey game, possibly killed for repeatedly rebuffing mafia shakedown attempts. FBI files indicate that imprisoned consigliere George (Georgie Boy) Borgesi had sent strong-arms to squeeze Maniscalco and extort money from his gambling and narcotics businesses in the months leading up to his slaying. Maniscalco, 38, was the grand nephew of legendary Philadelphia mobster Harry (the Hunchback) Riccobene.

Gino DiPietro (December 12, 2012) – A convicted drug dealer and FBI informant, DiPietro, 50, was shot to death as he got into his car in broad daylight. Mob soldier Anthony Nicodemo, a prime suspect in the Johnny Casasanto murder, pled guilty for taking part in the DiPietro slaying in February 2015, following a mistrial on charges in 2014 amidst suspicion of jury-tampering. Prosecutors and the FBI believe that the 43-year old Nicodemo was the driver in the hit. They consider his protégé and fellow mob soldier Dominic (Baby Dom) Grande most likely the shooter, although he’s never been charged. Dubbed by organized crime experts as maybe the most poorly planned mob murder of all-time, as Nicodemo pulled off the hit in broad daylight at a crowded intersection, used his own SUV, which was identified by witnesses and found at his nearby residence containing the murder weapon within a half hour of DiPietro’s body dropping. Gangster Reports sources claim Skinny Joey Merlino, living in Florida at the time, signed off on DiPietro’s execution on a weeklong return trip to South Philly the month before for his father, long-imprisoned former Family underboss’ funeral. DiPietro wore a wire on his cousin and drug-dealing partner, Victor DiPietro, helping the feds built a 2007 case. Victor’s older brother, Nicodemo (Nicky Slick) DiPietro, bragged to a cellmate of his in prison that Gino was going to be a victim of future retaliation.