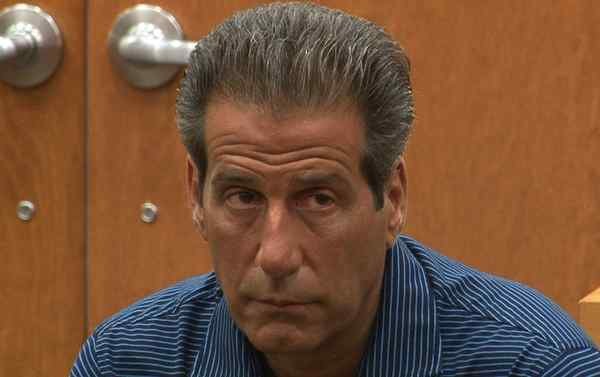 The coming summer days will be some interesting ones in the Philadelphia mafia. At the end of the week (Friday to be exact), one-time syndicate consigliere George (Georgie Boy) Borgesi will be “off paper” and free from government restrictions for the first time since 2000. Next week, fellow former Philly mob administrator Marty Angelina (pictured in this story’s featured image), will walk free from a halfway house following four and a half years behind bars on a federal racketeering bust. With their return to the fold, the Bruno-Scarfo crime family is practically in full-form – pretty much all the major players in the Family are out on the streets together, a state of affairs not seen in the area in decades.

“We’re approaching a very fragile situation in organized crime circles in the city of Philadelphia and one we haven’t seen in quite a while for that matter,” remarked one retired FBI mob buster of the 90s and 2000s of how he observes the current predicament in the Philly mafia, a syndicate today divided into three separate, yet loosely-connected groups melding mobsters from different and rival eras of the past jostling for position in the region’s fading rackets kingdom. “I don’t see things coexisting for the long haul, there are too many factors you can’t control with these type of people. Georgie specifically stirs the pot even more now with him full-time in the mix again. He’s a lightning rod. Marty’s no saint, either. They are a couple of serious individuals, they’ve both put their lives on the line for the mob and taken lives for the mob. I don’t see either of them hanging up their spurs any time soon. Everybody’s been making nice, lately. It’s a balancing act that I think will be hard to keep up going forward.”

The 51-year old Borgesi was released from a 14-year prison sentence in January 2014 and after beating a racketeering indictment he endured while he was locked up on his initial RICO conviction from 2001. He’s been reportedly vocal about his displeasure with how certain things were handled on the street while he was away, per exclusive Gangster Report sources in the South Philly underworld, and eager to get face-to-face with local mob higher-ups to plead his case to regain his prior standing.

Certain mafia figures at the forefront of decision making in the syndicate, according to these sources, feel that Borgesi “brings too much heat” with his antics and “don’t want the hassle of dealing with him.” Some others within the power structure, understand and sympathize with his plight (doing more than a dime piece and keeping your mouth shut only to come home to find you have nothing but scraps).

“He’s got a point when you think about it in some ways,” said a gangland insider in Philly. “The guy has been loyal, no doubt about that. His approach can be less than tactful though. He gets fidgety and antsy and nervous, which has always been his M.O. and that gets others all worked up. Patience isn’t a strong suit of his.”

In the late 1990s and early 2000s, Georgie Boy was the Family’s No. 3 in charge and overlord of the rackets in lucrative Delaware County. He bragged to one associate-turned-snitch of committing 11 mob murders. On Friday night, all his old friends will host a party in his honor, a get-together expected to draw acting boss “Handsome Stevie” Mazzone, acting underboss “Johnny Chang” Ciancaglini and capo “Mikey Lance” Lancellotti, all longtime mob confidants he’s been barred from associating with. The party is going to be held at convicted Philly mafia associate Angelo Lutz’s Kitchen Consigliere Restaurant in Collingswood, New Jersey.

South Florida-based syndicate boss Joseph (Skinny Joey) Merlino, seen in the Philadelphia area this summer, could be there as well. As could Borgesi’s uncle and reputed crime family consigliere Joseph (Uncle Joe) Ligambi, Borgesi’s mom’s brother and Merlino’s one-time acting boss throughout the entire decade of the 2000s, while Merlino sat on ice for a dozen-years as a guest of the government. Reports of tensions between Borgesi and Ligambi surfaced during Borgesi’s prison term. The cagey and generally well-liked Uncle Joe is 76 and trying to remove himself as much as possible from day-to-day affairs, per sources.

Angelina, 53 and the syndicate’s underboss in the late 2000s, was entangled in the same bust that took down Borgesi 15 years ago as well as his most recent in 2011. They are part of the same faction of the clique-heavy Philadelphia mob, headed by suave, chic and always-on-the-make 52-year old mafia don Joey Merlino.

Relocating to Florida after his release from prison a few years ago, Skinny Joey is alleged to be running his crime family through a series of on-site proxies as he oversees operations at his trendy bistro in Boca Raton, posing for Instagram photos with the legions of patrons descending on the privately-financed restaurant called Merlino’s to see the legendary American gangster icon live and in person.

The notoriously hot-tempered Angelina landed in a halfway house in Philadelphia back in the winter. Borgesi’s soldiers on the outside looking after his underworld interests while he was locked up butted heads with Angelina, who was trying to hoard in on Borgesi’s rackets, per court records. Georgie Boy’s main aide-de-camp on the streets in the 2000s, Louis (Bent Finger Lou) Monacello, feuded heavily with Angelina and sought permission to kill and then beat him up, requests that got mere-associate Monacello marked for death for trying to harm a “made” man and led to him to flip.

Johnny Ciancaglini took over responsibilities for Delaware County in the mid-2000s, per state police memos. One of the main things Borgesi is “pushing for,” with Merlino and Mazzone, according to multiple sources, is a regaining of territory in Delaware County.

The infamously tight-knit Merlino contingent seized power in the Philly mafia by force in the 1990s, fighting and winning a prolonged and bloody war against sitting Sicilian-born Godfather John Stanfa, concluding with Stanfa’s incarceration for life on racketeering and murder charges in 1994. Merlino and his crew, a handsome and fast-living bunch of street-corner goodfellas dating their friendship to elementary school, partied and killed their way into the city’s press headlines, littering the street with bodies of those who didn’t fall in line behind them (they’re collectively suspects in planning and/or carrying out over a dozen homicides between 1990 and 1996).

The group of mobsters that came up and “made their bones” in the 1980s Philly mafia of then-lunatic boss Nicodemo (Little Nicky) Scarfo make up the other two factions of the crime family’s 2015 version, one led by Phil Narducci and another by Joseph (Joey Punge) Pungitore, both released from lengthy prison stints in recent years and quickly reestablishing their foothold in the underworld. Scarfo, 86, is housed in a federal prison hospital in North Carolina, living out his life sentence for murder and racketeering stemmed from activity in the 1980s where the maniacal and murderous Little Nicky killed at will to maintain his power (close to two dozen in his half-dozen year reign).

Merlino’s faction of the Family is linked to the Scarfo days, too – Skinny Joey’s father, Salvatore (aka “Chuckie”) was Scarfo’s underboss, Johnny Ciancaglini’s father, Joseph (Chickie) Ciancaglini, alleged to be Merlino’s official underboss right now, was a top-ranking Scarfo capo and Joe Ligambi was inducted into the mob by Scarfo and used to take his eager-to-learn nephew Borgesi on Little Nicky’s famous all-Family mandated Florida getaways on his boat, the Usual Suspects, when Georgie Boy was just a teenager.