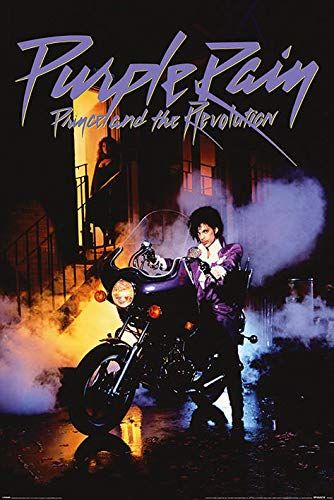 The East Harlem Purple Gang of the 1970s killed its way into the history books, just like its predecessors in Detroit back in the bootlegging days. The New York “Purples” served as a “JV Mob” of sorts, doing contact work for all Five Families in the city’s Italian mafia and several major African-American drug organizations. Many of the Purples went on to become mafia powers in the Genovese, Bonanno and Lucchese crime families in the coming years. The East Harlem Purples was a group known for its proficiency in the murder-for-hire trade and leveraging its muscle for weight in the burgeoning dope game of the area. Acclaimed true-crime author delves into the NY Purples’ legacy and raw lethality in his new book, Hitmen — The East Harlem Purple Gang, The Mafia & Drugs.

September 4, 1971 — New York wiseguy Anthony Lombardi is shot death inside the Regency Social Club in the Pelham Bay section of the Bronx.

July 29, 1972 — Groom-to-be Anthony Cammareri is killed in a bar fat inside the Drake Hotel’s Shepherd’s Bar after Cammareri got into a heated verbal spat with members of the Purple Gang while celebrating his bachelor party.

April 21, 1973 — New York wiseguy Al Soto is killed in the Bronx by a Purple Gang-feeder group known as the Ministers.

August 13, 1973 — Purple Ganger Edward (Eddie Rand) Sheffer is killed in a cab in the Bronx. His body was found in Long Island two weeks later.

December 24, 1973 — Drug dealer George (Georgie 500) Toutoian is found lying dead in a vacant lot on Bassett Avenue in the Bronx, shot twice in the back of the head and stabbed 14 times.

April 28, 1974 — Drug dealer Mike Costenza is found dead, shot to death and hogtied in the trunk of his car in Queens at John F, Kennedy Airport.

August 31, 1975 — Purple Ganger Frank (Scoopy) Ciappetta is shot to death changing his tire in the Bronx at the corner of Westchester and Edison Avenues.

December 3, 1975 — Drug dealer Salvatore (Sally Moon) Tomasetti is killed inside the Newspaper Employees Association Social Club in Manhattan in the shadow of the United Nations building.

December 21, 1975 — “Junior Purple Ganger” Carmine Lania is killed outside his New Rochelle, New York home. He was the son of Purple Gang bigshot Salvatore Lania. His car is found abandoned at JFK Airport.

January 17, 1976 — New York mob associate Tommy Palermo is killed, stuffed in the trunk of his car and left at JFK Airport. Palermo’s rotting corpse was found in March. He was robbing fellow mobsters and was famous for burglarizing singer Frankie Valli’s mansion with Valli&#

8217;s wife and children tied up inside.

February 14, 1976 — Retired Judge Jack Prizzia dies in the hospital after being shot in the back of the head in a Union City, Jersey office building weeks earlier.

April 4, 1976 — Purple Gang members and personal rivals Anthony Maiorino and Leonard Fillipone are both killed in a shootout in the Capri Lounge, the unofficial Purple Gang headquarters in the Bronx on Williamsbridge Road.

April 10, 1976 — New York wiseguy Joe (Butch) Messina is shot to death inside the Chateau Pelham, another restaurant and club popular with Purple Gangers.

June 2, 1976 — Elderly housewife, Caroline Nadel is shotgunned to death inside the home of her son-in-law, independent Rockland County garbage boss Natale Schettino, who was in a longstanding dispute with Genovese capo Joseph (Monsey Joe) Pagano over trash pick-up routes in the region.

July 1, 1976 — New York wiseguy Vinnie Capone is shot to death in his car stopped at a traffic light in Hoboken, New Jersey.

July 29, 1976 — New York wiseguy Carmine Pugliese is killed behind the wheel of his Cadillac.

January 20, 1977 — Asian surveillance specialist Frank (Bok Chung) Chin is shot to death in the parking garage of his Manhattan office building walking to his Mercedes.

April 27, 1977 — Genovese mob power Carmine (Eli The Baker) Zeccardi disappears from his Elizabeth, New Jersey on his way to a meeting at Manhattan’s Caffe Roma in Little Italy.

May 22, 1977 — Genovese mob capo Dominick (Dom the Sailor) DiQuarto disappears after leaving a card game. DiQuarto was Zaccardi’s right-hand man and a capo based out of Greenwich Village.

May 31, 1978 — Sanitation company owner Gabe San Felice is killed in Old Bridge, New Jersey while in the midst of a garbage-route beef out of Rockland County with Monsey Joe Pagano’s trash business people.

November 1, 1978 — New York wiseguy Jimmy Queli is gunned down outside his home in North Arlington, New Jersey. He is killed with same gun (a 22-caliber pistol)that killed Chin, Vinnie Capone and Tommy Palermo.

November 25, 1978 — Purple Gang-affiliate Maurice Anzisi and Theresa Panarese are shot to death in Anzisi’s car parked at Orchard Beach in the Bronx. Anzisi’s brother “Johhny the Monk” Anzisi had been killed

August 17, 1984 — Mob wife Evelina Mancuso is found dead on a bench outside Bronx Memorial Hospital. She was killed in a dispute with her husband, Purple Ganger Michael (Mikey Nose) Mancuso in the Country Club section of the Bronx.