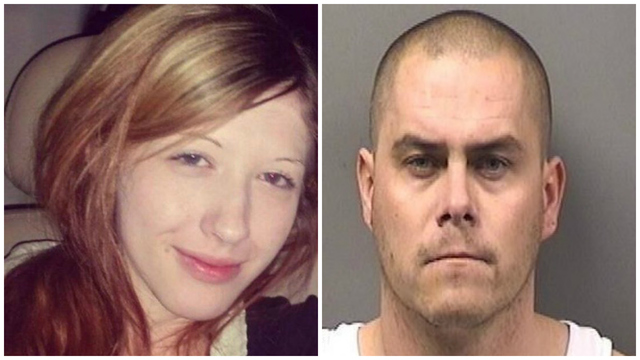 Illinois biker gang member Jeremy (Barber Shop) Boshears has been charged with the murder of a girlfriend of his. The 32-year old Boshears, a member of the Joliet chapter of The Outlaws Motorcycle Club, pled not guilty this week to the slaying of Kaitlyn Kearns, who was recently found shot in the head in the back of her late-model SUV near a barn in Kankakee County.

Boshears is being held in the Will County Detention Center with a $10,000,000 bond. He faces three first-degree murder counts in the case.

Kearns and the married Boshears dated briefly in October. She was a waitress and bartender at Woody’s Bar in Joliet, just a short distance from The Outlaws clubhouse and a popular Outlaws hangout. The Outlaws clubhouse was raided by federal authorities in the wake of her disappearance. The house in Coal City, Illinoise Boshears resides at was also raided, as well as his car being confiscated in an evidence search.

Kearns, 24, was reported missing by her family early last Tuesday and laid to rest in St. John Cemetery in the city of Mokena. Witnesses last saw her alive last Sunday night, November 12, leaving Woody’s Bar following her work shift. Her body was discovered roughly 50 miles from where she was last seen.

The Outlaws were founded in Illinois and currently maintain their international headquarters in the state. Illinois, Indiana and Wisconsin are known in club parlance as the organization’s “Red Region.”