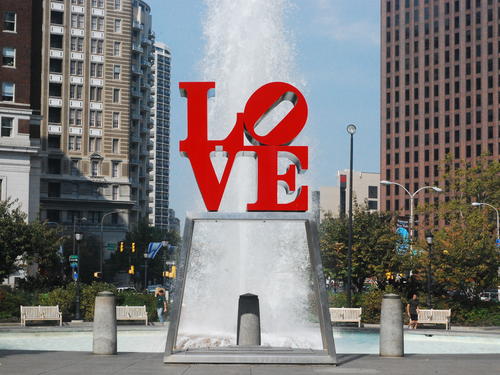 Philadelphia mob captain Michael (Mikey Lance) Lancellotti is recovering from a bout with cancer and aiding the top levels of the mafia in the City of Brotherly Love in running the former Bruno-Scarfo crime family on a day-to-day basis, according to “insider” sources in Philly. In fact, per these sources, one of syndicate boss Joseph (Skinny Joey) Merlino’s first stops on his recent return to his hometown neighborhood of South Philly was a face-to-face with Mikey Lance to discuss Lance’s newfound responsibilities as street boss Steven (Handsome Stevie) Mazzone’s “main relay-man of messages to the other capos.”

Merlino, 52, came back to Philadelphia earlier this month to attend the high school graduation party of his close friend and local reputed mob associate Raymond (Ray Wags) Wagner’s daughter and while home he’s been taking meetings.

“Joey saw Lance early on in his visit to town, he needed to go over things with him, let him know what he wanted,” said one source. “The Skinny One wasn’t shy showing his face around, he was meeting with everybody he had to out in the open.”

The handsome, fearless and charismatic Merlino relocated to South Florida in 2011 after being released from a dozen-year prison sentence on racketeering charges. He was jailed for three and a half months this winter and early spring for a parole violation that took place last summer when Skinny Joey had dinner at a Boca Raton cigar bar and nightclub with his alleged “acting” underboss John (Johnny Chang) Ciancaglini – the feds failure to notify Merlino of the violation in a proper manner led to him walking out of a Miami federal prison and back onto the streets to continue running his Pennsylvania mob kingdom from afar three weeks early).

When he left his jail cell in April, Skinny Joey was off any form of government supervision for the first time since 1999. Lancellotti, 51, was inducted into the mafia by Joey Merlino in the 1990s, while at the same time aiding Merlino and his closest gangland confidant 52-year old Stevie Mazzone in fighting and eventually winning a war for control of the Family against Sicilian-born Godfather John Stanfa, who was put behind bars for life in the middle of the decade for racketeering and murder.

Skinny Joey and Mikey Lance are both suspects in the infamous 1993 attack on Stanfa underboss Joseph (Joey Chang) Ciancaglini, Jr., an early-morning shooting at the diner Ciancaglini and Stanfa held court at, leaving Ciancaglini disabled and shelved (its the only mob ambush ever caught on FBI surveillance, as the feds had a camera stationed directly out in front of the greasy spoon captured the assailants rushing into the diner and opening fire on Joey Chang in the kitchen).

“We heard Lance was possibly one of the shooters in the Joey Chang hit and Merlino planned it and was in a car nearby monitoring things,” said one retired FBI agent.

Johnny Chang, the eldest of the three Ciancaglini siblings, and the patriarch of the Chang clan, Joseph (Chickie) Ciancaglini, currently reputed to be the underboss of the Philly mafia, were each in prison at the time of the war, helpless to stop the simmering hostilities which pitted brother-vs-brother and son-vs-son. Mikey Chang was killed in August 1993, slain in a barrage of bullets as him and Merlino crossed the street in broad daylight. Merlino was wounded in the attack by Stanfa-sent gunmen.

The notoriously tight-knit Merlino camp’s play for the crown was “sponsored” by an imprisoned Ralph Natale, a one-time labor-union fixer and top enforcer for legendary don Angelo Bruno in the 1960s and 70s. Natale became boss following his release from prison in 1994, however ended up joining Team USA and testifying against Merlino, his former cellmate and protégé, in court in a high-profile 2001 trial. Mazzone was caught up and convicted in the same case.

Mikey Lance is reportedly doing increasingly better in his bout with cancer and can carry more of a workload now that his health is improving, one of the reasons for the upping of his duties, per sources. Unlike his gangster cohorts like Merlino and Mazzone, Lancellotti hasn’t done much time in the can, though he has taken assault and gambling pinches in his underworld career. His most recent run-in with the law came in 2007 when he was arrested in a New Jersey sports-betting case spawning from activity in Atlantic City’s Borgata casino.

The Philadelphia mafia is in a delicate state in 2015, with the crime family basically split into three distinct and potentially dangerous factions, one led by Merlino, Mazzone and the Ciancaglinis, one led by Phil Narducci (1980s Nicky Scarfo-era soldier) and the other led by Joseph (Joey Punge) Pungitore (another Scarfo-era soldier). According to Gangster Report sources, Mazzone is the one keeping everyone in-line by garnering respect from the two factions he doesn’t belong to, while Mikey Lance is of similar temperament and gets along with both Scarfo-era groups and that’s why he’s being used in the capacity of Mazzone’s new “buffer.”