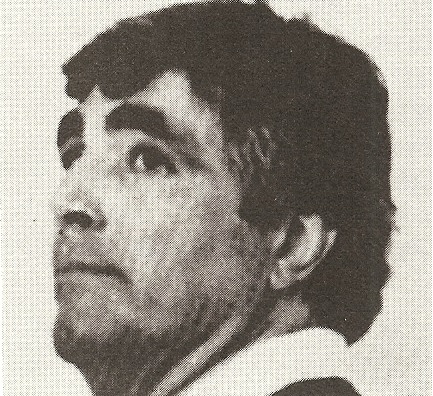 Chicago mobster Louis (Louie Tomatoes) Marino is officially in charge of the rackets in Lake and McHenry Counties these days, a reward for his loyalty and 25 years behind bars.

While some octogenarians are trying to slow down and do less in their old age, Louie Tomatoes wants to make up for his lost time as a free man.

According to sources on the street and in law enforcement, the 82-year old Marino, sprung from his federal prison cell back in October, was recently promoted to “street boss” of the region by his best friend Salvatore (Solly D) DeLaurentis, the Outfit’s current acting boss.

“Louie had no intentions of hanging up his spurs when he got out, he wanted what he had coming to him,” said one high-ranking associate in the Chicago mafia. “This is not the kind of man that wants to retire to Florida and spend his final days on the golf course. He loves the action and he missed the action while he was away. He’s in heaven being back in the mix.”

Dino Marino, Louie Tomatoes’ son and a reputed “button man”, is allegedly being groomed to eventually assume responsibilities when his dad retires or dies. In 2000, Dino Marino, 57, went down in the Cicero City Hall-and-the-Mob scandal, which imprisoned Mayor Betty Loren-Maltese, her husband and Outfit bookie Frank (Baldy) Maltese and crew boss Michael (Big Mike) Spano, among others, on a variety of racketeering offenses and the raiding of the city’s coffers for millions of dollars.

The younger Marino pled guilty to owning a “no-show” job at the Cicero Department of Public Health and did a year in a federal prison in Wisconsin alongside his dad, in the midst of his two-dozen year stint. Since his return to town, Dino is alleged to have become an increasingly active member of Chicago organized crime and influential in his father’s old suburban stomping grounds, according to sources inside the Illinois State Police. Federal surveillance records show Dino regularly dining with Solly DeLaurentis and sometimes chauffeuring him around on his daily rounds.

Lake and McHenry County fall under the responsibility of the syndicate’s Cicero crew dating back to the days of legendary Windy City Prohibition era mafia don Al (Scarface) Capone. Cicero is run by capo James (Jimmy I) Inendino and syndicate underboss Salvatore (Sally Cards) Cataudella, per the Chicago Crime Commission.

DeLaurentis and the elder Marino came up in the mob under deceased Cicero capo Ernest (Rocky) Infelise and deceased Outfit bosses Joseph (Joe Nick) Ferriola and Sam (Wings) Carlisi. They were a fearsome gangland enforcer tandem for the Cicero crew in the late 1970s and 1980s, implicated in a number of mob murders, but never convicted of any.

“People shook in their boots whenever Louie and Solly walked in the room,” said one street source that grew up around the “bad-cop, worse-cop” team. “If you looked at Louie cross-eyed, he’d pull a knife out of his pocket and stick you with it. He was explosive and surly. One time, I saw him beat a guy to a pulp with a tire iron after he mouthed off to him at a card game. Lately, he’s taking visitors and their kissing his ring.”

Before getting pinched in the 1990 Operation Good Ship Lollipop RICO bust that decimated Infelise’s inner circle, Solly D and Louie Tomatoes had taken control of gambling and loansharking in Lake and McHenry County upon the retirement of Joseph (Black Joe) Amato, according to FBI intelligence reports.

The decision by Amato to retire may not have been completely his choice. Illinois State Police records show that prior to Black Joe’s stepping away from the scene, he and the pair of volatile and power-hungry Infelise lieutenants feuded over territory, resulting in a firebombing war that was ordered stopped by then Chicago mafia don Joseph (Joey Doves) Aiuppa. Throughout the course of the conflict, Amato’s driver and bodyguard Nick Sarillo was the victim of a car bomb attack that he survived.

Marino earned the nickname “Louie Tomatoes” for the fact that he once owned a canned-tomato company. Solly D, 76, was released from prison in 2006 and per sources, assumed day-to-day control over the Outfit around late 2013. Previously, DeLaurentis was in Marino’s slot as north suburbs street boss.