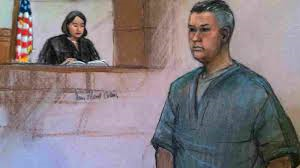 They are fascinating, dynamic figures. They bucked trends and turned heads.

Their stories are similar and Hollywood is intrigued by both – Universal Pictures recently optioned an EBook by New York-based author Evan Hughes that it intends on making into a movie about Richard (White Boy Rick) Wershe, the Motor City’s crack-era teenage narcotics czar who acting as a undercover government mole ascended higher than anyone else ever his age or skin color in Detroit’s primarily African-American urban underworld and has been in prison since 1988 on a lone cocaine-possession conviction. Sony’s ‘Studio 8’ is trying to get a White Boy Rick film into the theatre as well.

Warner Brothers Pictures is giving Boston’s “White Devil John” Willis the silver screen treatment, too – writer/director James Gray (Little Odessa, The Yards, We Own The Night) was tasked by the studio last year to develop a film centered on Willis’ unique rise through the ranks of Boston’s Chinatown gangland scene, which concluded in a 2013 conviction on federal drug and money laundering charges.

Included in his indictment were allegations of participating in gambling, loansharking, extortion and prostitution rings as well. Pleading guilty to lesser charges in his case to avoid a possible lifetime of incarceration, he agreed to forfeit two million dollars and several vehicles, boats and pieces of real estate as part of his plea deal.

Willis, 44, is in the midst of serving a 20-year prison sentence. He was one of Massachusetts’ most feared street hoods and organized-crime strong arms in his heyday. He was also one of its’ biggest black market prescription pain-pill distributors from the 1990s into the 2010s, flooding the commonwealth and its surrounding states with Oxycodone and Vicodin, generating millions of dollars for him and his fellow Asian mob leaders until his arrest in 2011.

Rolling Stone.com did a feature piece on Willis with an exclusive interview with him that was posted last week.

Literally adopted by a Chinese mob gang as a young boy after both his parents died leaving him orphaned, Willis was taught how to speak fluent Cantonese, Mandarin and Vietnamese. By the time he was a teen, he had become a player in the underworld, tutored in a life of crime by Chinatown gangland figure John Joe (aka Vapeng Joe).

On a fast-track to the top, the bold and broad-shouldered White Devil John (referred to as the Chinese-translated ‘Bac Guai John’ by his counterparts) cut his teeth in the American Asian mafia as a member of the now-defunct Ping On Gang, a syndicate at war against rival mobs for supremacy in the Chinatown rackets in the late 1980s and early 1990s. His ferocity and savvy became legendary.

The Ping On Gang was founded in the 1970s and headed by Beantown’s original Asian Godfather, Stephen (Sky Dragon) Tse, a former Hong Kong “14K” Triad (The “Triad” is the Chinese mafia in China). Tse set up shop in the heart of Boston’s Chinatown, opening a restaurant called the Kung Fu on Tyler Street, the area’s main drag and the epicenter of Asian organized crime in Massachusetts. The Kung Fu became Tse’s headquarters and base of operations of his mob empire.

FBI surveillance records place Willis as a frequent visitor to the Kung Fu restaurant and a sometime-driver and bodyguard to Tse and a number of his underlings when he was just a teenager. According to federal court files, besides John Joe, Willis’ other primary mentor in Boston’s combustible Chinese underworld was current 58-year old Chinatown mob boss Tan (The Clear One) Ngo, a one-time powerbroker in the Ping On Gang, disciple of Tse’s and Vietnamese-born convicted drug dealer and racketeer (he went down in the same 2011 bust as Willis and did two years in jail).

White Devil John was Ngo’s No. 1 enforcer and collector for his gambling and shakedown operations, per their indictment, in addition to filling a liaison capacity for Ngo with New England’s traditional Italian mafia.

“What’s his name?, I want to get the son of a bitch,” Willis was intercepted by the Feds telling a fellow Chinatown mobster on a wiretap of his intention to hurt a renegade Asian Mafiosi from the area that was going around assaulting workers in Willis and Ngo-protected brothels and backdoor casinos.

Between 1988 and 1992, Chinatown erupted in violence, resulting in two-dozen gangland slayings, as Sky Dragon’s Ping Ons squared off against a group of upstart Vietnamese gangs and Ping On offshoots for control of Asian mob affairs in Boston. A young Willis found himself on the frontlines and cemented his reputation as a rising star in the Chinese mafia.

Before his 2013 conviction, White Devil John had racked up five felony collars, including convictions for assault, battery, extortion, physical intimidation and threatening to do bodily harm and illegal drugs and weapons possession, and did a total of eight years of time behind bars.

The warfare in Boston’s Chinatown reached a boiling point in January 1991 with the gory Tyler Street Massacre – a high-profile mass execution of five people and the wounding of others in a crowded after-hours Chinatown gambling den owned and run by a Sky Dragon lieutenant and carried out by three members of a break-off faction of the Ping On Gang.

Sky Dragon Tse fled to Hong Kong in 1990. Willis took refuge in New York’s Asian community on the heels of the Tyler Street Massacre. He returned to Boston in early 1992.

Boston FBI agents followed Tan Ngo to Hong Kong where he met with Tse in August 1992 to discuss Ngo’s assuming command of the Ping Ons, per court records, a trip which the now-heavily tattooed Willis drove Ngo to Logan International Airport for his flight overseas in Ngo’s gold-plated Mercedes.

Ngo and Willis were both looked at by federal authorities as suspects in the March 1995 Asian-mob assassination of Hai Bo Lei aka “Perfect Paul”. Believed to have been involved with the murder of a friend and criminal associate of Ngo’s and Willis’, Lei , 26, was beaten, shot and strangled to death, his badly-battered body discovered on the side of a road in Salem, New Hampshire. The Lei homicide remains unsolved to this day.

While in Michigan, 46-year old White Boy Rick Wershe, imprisoned since he was 18, has no maximum out-date on his life sentence, Boston’s White Devil John Willis could be back on the streets in the next decade with good behavior.