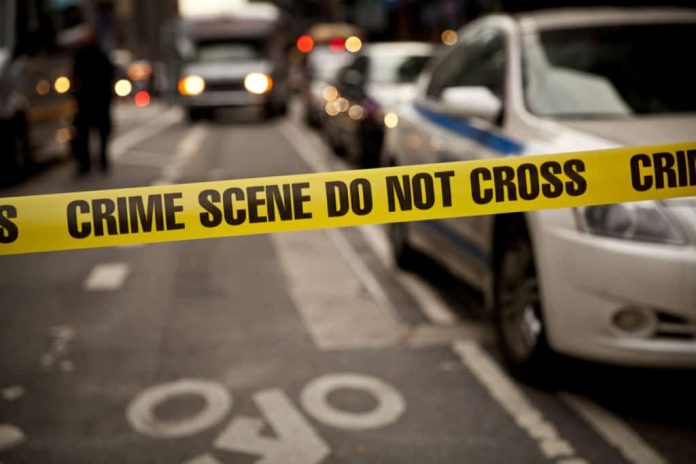 Chicago mob enforcer Ronnie Jarrett dies on January 26, 2000 after fighting for his life in the hospital for over a month following being shot on his way to a mafia funeral on the city’s Southside in December 1999. Jarrett was bad mouthing his bosses for not promoting him after years of heavy lifting on the Outfit frontlines.

Detroit strip club owner John (John-John) Jarjosa, Jr. is gunned down behind the wheel of a friend’s Corvette in Southfield, Michigan on June 19, 2000. Jarjosa, Jr.’s dad, was Detroit mob associate John (J.J.) Jarjosa, Sr., who had just been sent to prison after a falling out with Tocco-Zerilli crime family leaders.

New England mafia associate Robert (Bobby Rogers) Santasky is shot to death inside the Medford St. Bar & Grill on July 29, 2000. Santasky allegedly had information on a 1999 mob-related slaying tied to a sub-faction of the DiNunzio crew out of Boston’s North End.

New York mob associate Frank Santoro is killed in a drive-by shooting while walking his dog in the Bronx on February 15, 2001. Santoro had been threatening to kidnap then fast-rising Bonanno crime family soldier Vincent (Vinnie Gorgeous) Basciano’s kids.

Chicago mob lieutenant Anthony (Tony the Hatchett) Chiaramonti is shot to death inside the vestibule of a fried-chicken restaurant in Lyons Township, Illinois on November 22, 2001. Tony the Hatchett, a crew boss in the Chicago mafia’s Cicero regime, was feuding with Outfit bosses over video-poker machine routes and loan sharking territory.

Providence strip club manager Pete DeVito is shot to death at close range inside the Squire Lounge in Revere, Massachusetts in the late evening of December 12, 2001. DeVito managed Centerfolds strip club in Providence and was partying in the Boston area on the night he was slain. A week prior he had gotten into a heated exchange with reputed Boston mob soldier Billy (The Angel) Angelesco.

Philadelphia mafia vet Raymond (Long John) Martorano is gunned down behind the wheel of his Buick on the afternoon of January 17, 2002 on his way to a doctor’s appointment. Bruno-Scarfo crime family brass suspected Martorano was on the verge of launching a coup.

Detroit mob associate Jerome (Jerry the Blade) Bianchette is shot-gunned to death at a Macomb County, Michigan construction site on August 10, 2002. Bianchette was a bodyguard and collector for Tocco-Zerilli crime family underboss Anthony (Tony Z) Zerilli, who was convicted at a federal racketeering trial the previous week.

New York mob associate Joe Gurino is shot to death on October 30, 2003, inside a West Boca Raton deli by the deli’s owner, who claimed self-defense. Gurino had ties to former Gambino crime family boss John Gotti and beat a 1984 murder rap from a hit in Queens.

Springfield (MA) mob associate Gary Westerman is bludgeoned and shot to death on November 4, 2003. Westerman, the brother-in-law of soon-to-be mafia capo Anthony (Bingy) Arrillota, was an informant for the Massachusetts State Police.

Philadelphia mob associate John (Johnny Gongs) Casasanto is shot to death inside his South Philly home on November 23, 2003. Casasanto was rumored to be engaged in a public romance with imprisoned Bruno-Scarfo crime family boss Joseph (Skinny Joey) Merlino’s wife and had been on the opposite side of a war Merlino fought for control of the Philly rackets years earlier.

Springfield (MA) mob capo Adolfo (Big Al) Bruno is gunned down leaving a card game at his headquarters, the Our Lady of Mt. Carmel Society Social Club in the city’s South End on the night of November 23, 2003. Bruno was at odds with his bosses in New York’s Genovese crime family and was murdered in a sanctioned plot by his protege, Anthony (Bingy) Arrillota on order of Genovese don Arthur (Little Artie) Nigro.

New York mob associate Albert Circelli is shot dead inside the famous Rao’s Italian restaurant in Harlem in a beef over a song on December 22, 2003. Circelli was connected to the Lucchese crime family.

New York mob associate Randy Pizzolo is shot to death on November 30, 2004 in Brooklyn on orders of the Bonanno crime family.

New England mafia associate Patsy Squillante is murdered inside his kitchen on November 5, 2004. Squillante owned the tavern Bobby Rogers was gunned down inside four years earlier and some in the Boston wing of the Patriarca crime family allegedly worried he was about to flip and give up information on the hit.

New York acting mob capo Lawrence (Dairy Larry) Ricci is discovered in the trunk of his car on November 30, 2005. Ricci reportedly upset Genovese crime family capo Michael (Mikey Cigars) Coppola by not accepting a plea deal in a racketeering case he was facing at the time of his death.

ed on his way to a sitdown with Sarno on Rush Street.

Detroit mob soldier Carlo Bommarito died of a suspected “hot dose” of heroin on January 20, 2007. Bommarito’s dad, Frank (The Bomb) Bommarito, was an acting capo at the time of his son’s death and allegedly signed off on the hit called in by aging underboss Vito (Billy Jack) Giacalone for the belief the drug-addled younger Bommarito had turned snitch.

Buffalo mob associate Monty Massimi is gunned down as he left Jacobi’s Pizzeria on April 3, 2007. Massimi had recently been released from a 15-year prison term for his involvement in an 1989 armed robbery.

New York mob soldier Frank Lagano is shot to death outside his restaurant on April 12, 2007. Lagano was a member of the Lucchese crime family.

New York mob soldier Anthony (Little Anthony) Seccafico is shot to death outside his home on July 2, 2009. Seccafico was a member of the Bonanno crime family.

Turncoat Chicago mob enforcer Jimmy (The Panda) LaValley is gunned down on a golf course in Florida on August 12, 2009. LaValley had been living in hiding since testifying against the Outfit in the 1990s.

Philadelphia bookie and drug dealer Rocco Maniscalco is shot to death in the early morning hours of June 10, 2010, walking home from a South Philly bar where he had just watched a Philadelphia Flyers NHL Finals game. Maniscalco was allegedly resisting extortion efforts by the Philly mafia.

Chicago mob collector Norberto (The Tank) Velez is gunned down in the hallway of his Wrigleyville apartment on November 26, 2010. Velez collected debts on the city’s Northside for the Outfit’s Grand Avenue crew and was believed to have fallen behind on a debt himself.

Deported New York mafia don Salvatore (Sal the Ironworker) Montagna is assassinated in Montreal on November 24, 2011. Montagna landed in Quebec in 2009 after being booted from U.S. soil and quickly immersed himself in Montreal mob politics by organizing a rebellion in the Rizzuto crime family. The Rizzuto clan had once been a faction of the Bonanno crime family, the organization Montagna headed before being deported to Canada.

Philadelphia mob associate Gino DiPietro is murdered as he walked to his truck in South Philly, gunned down by a burly, mask and hoodie-wearing hit man on the late afternoon of December 12, 2012. DiPietro was a convicted drug dealer and informant who was in a personal spat with Philly mob soldier Anthony Nicodemo.

New York mob associate Michael Meldish is gunned down behind the wheel of his car on November 13, 2013. Meldish was the former leader of the “Purple Gang” JV mafia crew out of Harlem and the Bronx in the 1970s. Lucchese crime family boss Matty Maddona ordered the Meldish hit for an unpaid debt and Meldish’s love affair with a girlfriend of Madonna’s. Madonna and Meldish were very close friends and business partners for decades before they fell out a favor with each other.

New York mob associate Sylvester (Sally Daz) Zattola is shot to death in a McDonald’s restaurant drive-thru lane on October 4, 2018 on a murder contracted issued by his own son. Sally Daz was one of the bigger mobbed-backed video poker gurus in the Big Apple dating back to his days as a confidant to then Bonanno crime family boss Vince (Vinnie Gorgeous) Basciano in the 2000s.

Hamilton (ON) mob figure Al Iavarone is gunned down in his driveway on September 13, 2018, allegedly less than two weeks removed from traveling to California and getting “made” into the L.A. mafia at the request of crime families in New York City.

New York mob associate Vincent Zito is shot to death in October 26, 2018. Zito was “on record” with the Lucchese crime family

Boston Irish mob boss James (Whitey) Bulger is beaten to death inside his federal prison cell in West Virginia on October 29, 2018. Bulger led South Boston’s Winter Hill Gang for two decades while also being a top-echelon confidential informant for the FBI in its war against New England’s Italian mafia.

New England mafia associate Napoleon (Nappy) Andrade is shot and killed outside a Rhode Island halfway house on March 10, 2019. Andrade was once a driver and bodyguard for retired Providence mob don Luigi (Baby Shacks) Manocchio and angered members of the Gambino crime family by being part of a robbery team that broke into a Gambino soldier’s Connecticut home.

New York mafia boss Frank (Frankie Boy) Cali is assassinated outside his Staten Island home on the night of March 14, 2019 by a deranged ex-boyfriend of his niece who lived with Cali and his wife. Cali was the acting boss of the Gambino crew family.