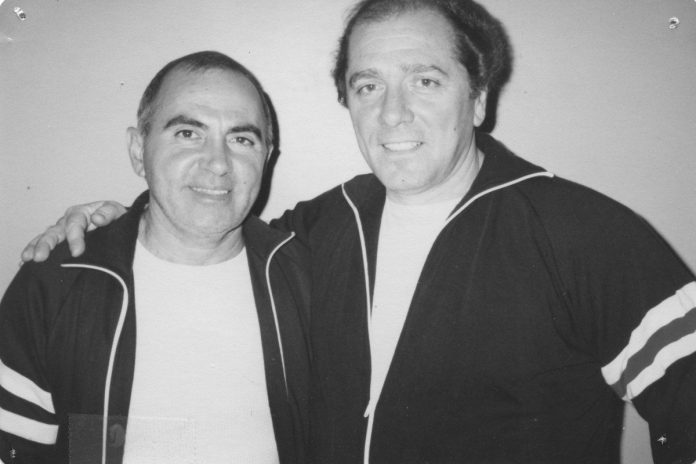 January 24, 2022 — He called himself the “Last Don.” Others in the mob felt differently and referred to him with less flattering descriptions.

Former Philadelphia mafia don Ralph Natale died of natural causes this week at age 86. He headed the Bruno-Scarfo crime family from 1994 until he became the first sitting mob boss to turn federal witness in 1999, upon being shunned by his soldiers when he went to prison on a parole violation and got caught up in a drug case. A film based on Natale’s 2017 memoir Last Don Standing co-authored by Larry McShane and Dan Pearson is in the final stages of pre-production. Action-movie star Frank Grillo (Captain America franchise, The Purge franchise) will play Natale. The project is being helmed by native Philadelphian Benny Boom (All Eyes On Me).

Natale rose to prominence in the Philadelphia-New Jersey underworld of the 1960s and 1970s as a hit man and labor racketeer for legendary Philly Godfather Angelo Bruno. Per FBI records, Natale acted as Bruno’s personal liaison to the Teamsters union and Jimmy Hoffa and through his work with the union laid the foundation for the late-70s casino boom in Atlantic City.

Part of that work included the Christmas 1973 killing of Irish mob figure Joe McGreal. Natale shot McGreal to death behind the wheel of his brand new Cadillac in the parking lot of a Camden County, New Jersey restaurant. McGreal was a former Teamsters goon who had just been sprung from a prison term for extortion and was looking to get his hooks into the bartenders, hotel and restaurant workers union knowing gambling legalization in the state was on the hor

Busted for arson, insurance fraud and narcotics trafficking in 1979, Natale was sent away to federal prison for the next 15 years. Shortly after his incarceration, Bruno was assassinated and the crime family he led fell into a bloody state of chaos for the ensuing decade and a half.

While imprisoned, Natale networked with New York mafia powers and forged an alliance with a then-upstart Joseph (Skinny Joey) Merlino and his faction of young guns on the street in South Philly. In the early 1990s, Natale directed a mob shooting war from behind bars, using the fearless and swagger-heavy Merlino crew as his army in a fight against Sicilian-born John Stanfa for power in the Bruno-Scarfo clan. Stanfa was part of the conspiracy to murder Bruno.

Stanfa went to prison for racketeering and murder in the spring of 1994. That fall, Natale emerged from prison and assumed the reins as boss of the Philadelphia mafia, naming Merlino his underboss. But the “May-December” relationship between Natale and Merlino began to fray, with Merlino and his men taking exception to Natale’s romance with a female contemporary of theirs and tiring of his fruitless boasting and Natale angered by his younger subordinates’ drug use, reckless behavior and a growing perception of disrespect towards him and his 30-year old blonde-haired paramour, Ruthie Seccio.

Natale was arrested for violating his parole by associating with known felons in June 1998. Within months, Merlino’s crew stopped sending him tribute money and quit looking after his wife and girlfriend. They also stopped consulting with him on mob business. Natale’s September 1999 indictment for selling crystal meth sent him scurrying to the FBI to cement a cooperation deal. As part of that deal, he admitted to his role in either carrying out or ordering almost a dozen gangland slayings.

Although he was the star witness at the Merlino gang’s 2001 racketeering trial, Natale’s testimony failed to land the feds any murder convictions. He came out of prison in 2013 and lived quietly in his final years in an undisclosed location on the east coast. According to the FBI, Merlino, 59, remains boss of the Philadelphia mafia today. When Merlino was released from prison in 2011, he moved to Boca Raton, Florida where the feds believe he runs the Bruno-Scarfo crime family through a series of proxies and buffers.