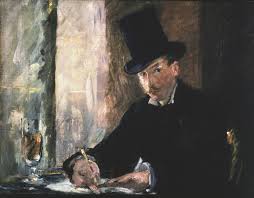 The piping-hot paintings were up for grabs.

It was 1993. In less than three years, the whole back-end of the Isabella Gardner robbery had gone to shambles and wasn’t even close to completed.

The men that pulled off the most infamous and lucrative art heist in history, Boston mobsters Robert (Bobby D) Donati and David Houghton, were both dead, their $500 million dollar score – 13 original paintings and drawings spawned from the hands of Rembrandt, Dega, Manet and Vermeer and stolen from the Isabella Gardner Museum in March 1990 – stashed away, in storage, hidden somewhere in the greater Beantown area.

Two of the paintings alone could be worth over $100 million a pop: Rembrandt’s only seaside work, entitled, “Storm on the Sea of Galilee,” and Vermeer’s “The Concert,” an oil-canvassed masterpiece by the 17th Century Dutch painter and considered the crown-jewel of the notorious theft.

According to Massachusetts State Police records, after Donati and Houghton died, the art haul landed in the sole possession of Carmello (The Auto Man) Merlino, a Boston Mafioso that is alleged to have conspired with Donati and Houghton to pull off the robbery in the first place. However, Merlino, who ran a series of racketeering operations out of his Dorchester, Massachusetts car-repair business, TRC Auto Electric, had neither, the expertise needed nor the access to the pockets of the black market geared towards rare historic treasures, to move the art.

Prior to the robbery Merlino thought he had lined up a fence in Europe set to sell it to collectors in France and possibly representatives of the IRA in England, per the MSP files. Neither came to fruition.

The FBI knew via informants early on that Merlino was most likely involved and were watching him with intense scrutiny throughout the entire decade of the 1990s. In 1997, they inserted two agents undercover into Merlino’s crew, coming away with nothing but some innuendo and boasts by Merlino of having access to the hidden score, however nothing concrete to link anybody to.

The most promising intelligence the FBI attained was revealed in an inter-agency memo with the Massachusetts State Police and the Boston Police Department.

“Agent REDACTED was told that MERLINO was given approval by his superiors in the NEW ENGLAND LCN to move pieces of the Isabella Gardner score. MERLINO is alleged to have been passed word of the okay by NEW ENGLAND LCN Consigliere CHARLES (Q-BALL) QUINTINA.”

Throughout the course of the undercover work, the FBI found out of Merlino’s plan to rob an armored car depot and arrested him and two accomplices in February 1999 en route to pulling the job. Questioned about his knowledge of the Isabella Gardner heist, Merlino refused to answer any questions. He would die in prison.

Merlino’s right-hand man was Robert (Bobby Boost) Guarente, a lifelong crook and Boston Mafioso with a lengthy rap-sheet. His first bust was back in 1958 for forging checks. A decade later, he was nabbed for heading a bank-robbery ring and earned his nickname for knocking over some three dozen banks or armored-trucks in his career in the New England underworld.

Bobby Boost was a well-liked wiseguy and often used as a go-between for various east coast mob factions during the 1980s and 90s. His best friend and gangland running buddy was Robert (Bobby the Cook) Gentile, a like-minded gangster and thief that was frequently seen in Guarente’s company. The pair were known to have pulled numerous scores together.

Gentile’s arrest-record dated back to the late-1950s just like his pal Bobby Boost, and included collars for aggravated assault, robbery, receipt of stolen property, bookmaking and counterfeiting. For his legitimate income, Bobby the Cook was in the concrete-pouring business and his company was quite well-regarded for its quality work. His skills in the kitchen were quite well-regarded as well, gaining him his nickname.

Around 1997, Guarente and Gentile went to work for Robert (Boston Bobby) Luisi, Jr., a recently-named capo in the Philadelphia mafia operating in New England. Mainly, they acted as bodyguards and cocaine distributors on his behalf. Boston Bobby lost his father and brother to a November 1995 mob slaying in a Charlestown restaurant, two of the final victims of the long-ranging conflict that engulfed the Patriarca syndicate throughout the late-1980s and into the early-to-mid 1990s.

Luisi, Jr. met some members of the Philly mob in prison and defected for the offer of being made into La Cosa Nostra, something he failed to do while serving under the Patriarca regime. Initiated into the mafia by Philadelphia LCN boss Joseph (Skinny Joey) Merlino, Boston Bobby was immediately promoted to captain status and allowed to put a crew together to run in Massachusetts. The “Three Bobbys,” Bobby Luisi, Jr., Bobby Guarente and Bobby Gentile were all inducted into the mafia in the same ceremony.

According to FBI and Massachusetts State Police records, Luisi, Jr. was given paintings from the Isabella Gardner robbery via Guarente, who in turn had got them from Carmello Merlino (no relation to Skinny Joey), and took them to Philadelphia, possibly selling them to an art collector in suburban Bucks County.

Skinny Joey’s Boston mob crew was short-lived and ill-conceived. Luisi, Jr. was busted in a drug-distribution conspiracy and turned over on Guarente, Gentile and Skinny Joey himself.They all went to prison and the paintings remained unearthed.

When Bobby Boost Guarente got out from behind bars in 2000, he retired to Maine. The FBI believes he brought the Isabella Gardner artwork with him.

In March 2002, Gentile drove from Boston to Portland, Maine to meet Guarante for dinner. It was immediately after finishing their meal at a fancy seafood restaurant on the water that authorities think Bobby Boost passed two of the stolen paintings to Bobby the Cook Gentile in the eatery’s parking lot.

So says Guarente’s widow, Elene. She came forward in early 2010, some half-dozen years following her husband’s death as a result of cancer, and told investigators that Guarente had a stash of the paintings in their cabin in the woods in Maine and removed at least two of them prior to leaving for their 2002 rendezvous, which he handed over to Gentile after they ate but before they parted ways.

Gentile, 77, denies Elene Guarente’s allegations or ever possessing the ripped-off art. However, the case for that argument took a blow in a 2012 federal raid of his Manchester, Connecticut home, where the FBI discovered amongst an arsenal of weapons and a large cache of prescription painkillers that he had no prescription for, a hand-written list of each of the stolen pieces of Isabella Gardner artwork accompanied with their estimated black-market values. Further hurting his cause is the fact that Gentile reportedly failed an FBI-administered lie-detector test.

Facing narcotics and gun charges, Bobby the Cook stayed true to the code of the streets and refused to spill the beans. Instead, he took the fall and last year he was sentenced to 30 months in federal prison. Gentile was under constant surveillance by the FBI in Connecticut during the 2000s, as his Clean County Used Cars lot was a local Hartford mob hangout.

The Isabella Gardner Museum displays blank frames in the places on its walls where the 13 stolen pieces once hung. It’s going on 25 years and every single frame is still empty.

“Besides the Jimmy Hoffa disappearance, I think not solving the Gardner heist sticks in the Bureau’s crow more than any other case ,” the former FBI agent said. “And these weren’t super thieves, Thomas Crown-types. They were knockaround guys that fell into the score of a lifetime  by sheer blind luck and didn’t know what the fuck to do with it. Now in the end, everyone’s deprived. The people that got the art aint selling it, or if they did sell some of it, they got a pittance of what they stole. So they aren’t coming out ahead. And then in terms of culture and history, everyone, the whole god damn world, is deprived of appreciating that brilliant artwork because it’s sitting in hiding in someone’s basement, not on display in a museum or where people can view it. Nobody won in this thing, everybody got screwed.”