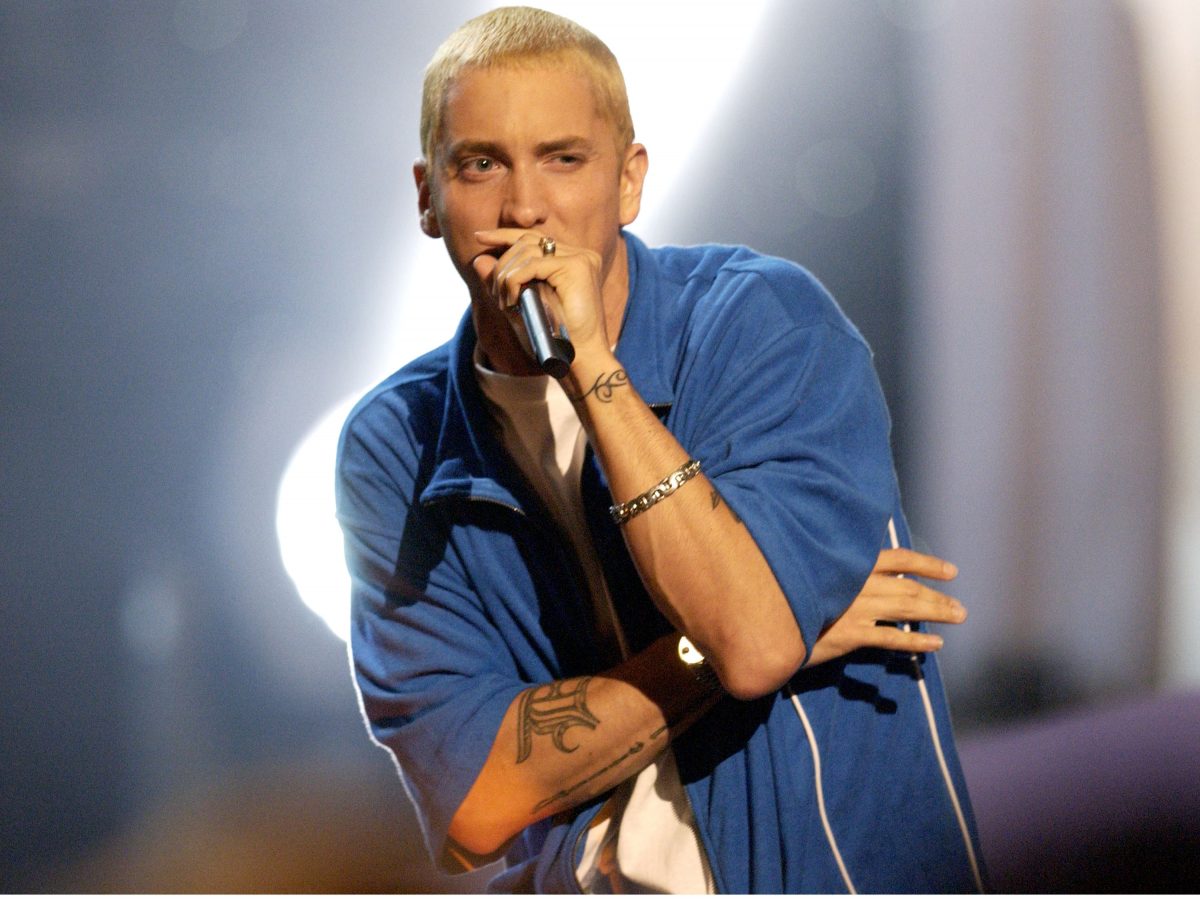 “BMF” show creator and executive producer 50 Cent teased his rap-game mentor’s cameo in the highly-anticipated scripted series on his social media accounts Tuesday. The Gangster Report was the first to detail Eminem’s casting in Season 1 of the BMF show three months ago. Under the most hush-hush conditions, he filmed his scenes in April in Detroit.

Eminem (born Marshall Mathers aka “Slim Shady”) hasn’t acted since he drew rave reviews for his performance in the 2002 semi-autobiographical film, 8 Mile, which made $245,000,000 at the box office and became an instant underdog-movie classic. A movie based on the story of “White Boy Rick” Wershe was supposed to be his follow-up, but the project, intended to be written, directed and produced by the same team that was behind 8 Mile, fell apart in pre-production.

Wershe’s life was the focus of the 2018 movie White Boy Rick, starring Matthew McConaughey. Wershe served 32 years in prison for a cocaine-possession case he took when he was just 17. He was the longest-serving non-violent juvenile offender in U.S. history until he was finally released last J

In the summer of 1984, Wershe was recruited by the FBI fresh out of the eighth grade and put to work infiltrating African-American drug gangs on the eastside of Detroit for the next two and a half years. The federal government encouraged Wershe to drop out of high school and wound up paying him close to $50,000 for his services. Today, at age 52, he recently filed an $100,000,000 civil lawsuit against the FBI, US Attorneys Office and the Detroit Police Department for child abuse and endangerment.

Black Mafia Family chronicles the real-life rags to riches story of Detroiters Demetrious (Big Meech) Flenory and Terry (Southwest T) Flenory, who rose from humble beginnings in smoggy southeast Michigan in the 1980s to rule the nation’s cocaine trade in the first half of the 2000s. They both went down in the landmark 2005 Operation Motor City Mafia case, the biggest domestic drug-conspiracy indictment in the annals of the DEA.

Both Flenory brothers copped pleas and received 30-year federal prison terms for heading a drug trafficking conspiracy. Southwest T, 50, walked free last spring from a compassionate release relegating him to serving the remainder of his sentence under home confinement. Big Meech, 52, is serving his time in a Oregon correctional facility and isn’t scheduled for release until October 2028. When White Boy Rick left prison last July, he was wearing a “Free Big Meech” t-shirt.

One of the true genius lyricists and provocateurs of his era, Eminem rose from near poverty in a trailer park neighborhood lining the North Detroit border to international superstardom in a matter of a year in the late 1990s. He’s sold more than 200,000,000 albums worldwide and counting in his 22-year career, transcending his genre of music and making a name for himself as the only white-colored all-time great in the rap game.