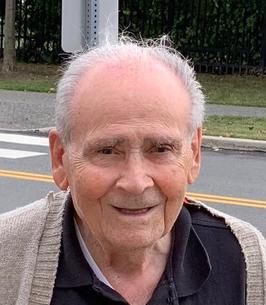 July 30, 2021 – Father Time finally caught up to long-retired Philadelphia mafia soldier Dominic Rugnetta. The 97-year old wiseguy died of natural causes on July 4. He was believed to be the oldest living member of American organized crime before cashing in his chips earlier this month.

Rugnetta’s uncle, Joseph (Joe the Boss) Rugnetta, was the Philly mob’s ornery consigliere in the Bruno Era. He died in 1977. <

For years, Dominic Rugnetta owned the South Philly Grill. FBI records indicate he was inducted into the Bruno-Scarfo family as a “made man” way back in the 1964. Rugnetta retired from mob life some 30 years ago, according to federal records and sources who once did business with Rugnetta’s sports book.

New Jersey mob elder statesmen Joe Miranda and retired New York mafia capo Lawrence (Little Larry) Dentico are both also 97. Miranda reportedly stepped away from his gangland duties in recent years after serving in a number of administrative posts for the Decalvacante crime family. He will be 98 in November. Dentico, a longtime member of the Genovese crime family, has a birthday this month and is now the oldest-living mobster in America with the death of Rugnetta.