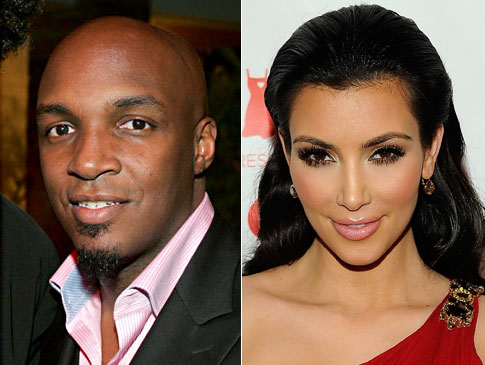 R&B music producer Damon Thomas, the ex-husband of the undisputed queen of reality television Kim Kardashian, gambled with his life 10 years ago when he cooperated with the FBI, DEA and IRS in helping the federal government bring down the notorious Black Mafia Family (aka BMF), America’s most prolific drug gang of the New Millennium. Thomas and Kardashian, now wed to hip-hop superstar Kanye West, were married from 2000-2004, at the peak of Thomas’ career as one half of the multi-platinum selling production duo The Underdogs (along with Harvey Mason, Jr.).

Back in the summer of 2005, Thomas testified at a grand jury proceeding against BMF co-founder Terry (Southwest T) Flenory, claiming he had conspired with Flenory to hide ownership of millions of dollars worth of jewelry from the IRS. Flenory and his brother and fellow BMF boss Demetrius (Big Meech) Flenory pled guilty in a wide-reaching narcotics-conspiracy and racketeering case in 2007 and both received 30-year prison sentences. This fall is the 10-year anniversary of their bust.

A protégé of R&B producer icon Kenneth (Babyface) Edmonds,Thomas went out on his own in 2000, joining forces with Mason, Jr. of megawatt late-1990s hip-hop producer Rodney Jerkins’ Darkchild crew, and together they went on to pump out hit records for Justin Timberlake, Beyonce, Mary J. Blige, R. Kelly, Chris Brown, Tyrese, Jordin Sparks and Jennifer Hudson.

The Flenory brothers started the monolithic BMF narcotics organization in the early 1990 in their hometown of Detroit – one fated to grow to be the largest urban crime conglomerate in our country’s history. By the end of the decade, BMF had expanded across the United States, setting up hubs in Atlanta, Los Angeles, New York, Chicago, Louisville, Memphis, Dallas and St. Louis while parading in the early 2000s as a fledgling rap-music label. The magnetic and boisterous Big Meech headquartered his activities out of Atlanta, the more subdued and low-profile Southwest T out of L.A, with their childhood friends Benjamin (Blank) Johnson and Eric (Slim) Bivens tasked with looking after gang affairs in the Motor City.

They were all indicted, along with more than two dozen of their subordinates, in October 2005, charged with distributing close to 3,000 kilos of cocaine nationwide per month. The feds wound up seizing almost 300 million dollars from BMF bank accounts and convicting 150 gang members or associates in a slew of superseding and branch-off indictments.

Thomas, 45, met the Flenorys around 2003 when he was hired to produce music for BMF-sponsored rappers. He was unwittingly drawn into their case on July 11, 2005 after Southwest T and Slim Bivens were pulled over driving on an interstate expressway in Illinois en route to a St. Louis for a meet-up with well-known BMF associate and southern rap royalty Young Jeezy and confiscated 22 pieces of expensive designer jewelry totaling five million dollars in estimated value. Taken into custody and questioned by the DEA, Flenory told the agents that the jewelry belonged to Damon Thomas, his music producer who was getting ready for a Young Jeezy video he was directing and planned on using the bling bling as props in the shoot.

Southwest T felt he could successfully pawn off responsibility for the gaudy array of jewelry on Thomas because Thomas was already laundering money for him with other jewelry purchases through the famous New York diamond king Jacob Arabo, known to hip-hop fans everywhere simply as “Jacob the Jeweler,” name-checked in countless rap tunes and eventually embroiled

in the BMF case himself, like Thomas, for aiding BMF in hiding their assets. Immediately following their release from custody, Southwest T and Bivens holed up in a luxury hotel in Cleveland and quickly made contact with Thomas and Arabo, corralling their cooperation in validating a cover story and filling them in on the details for how to pull it off.

Arabo told authorities he loaned the jewelry to Thomas and Thomas told them the same thing. Until he didn’t. Facing threats of indictment by the feds if they didn’t flip, Arabo didn’t fold, Thomas, fearing time behind bars, did, testifying in front of the grand jury in the fall of 2005 which led to the whole BMF ship crumbling into pieces a month later.

Staying true its word, the government included Arabo in a superseding indictment in 2006 that ensnared another 16 BMF members and co-conspirators. Pleading out in the case before trial, Jacob the Jeweler did two years in prison and was released in 2010. Per FBI informants in January 2007, Thomas was taking safety precautions in anticipation of a possible retaliatory strike from Southwest T and his BMF bandits. Such acts of violence, weren’t necessarily a calling card for the gang, however were far from unprecedented.

In 1997, Big Meech was the No. 1 suspect in the murder of a one-time federal cooperator killed in a drive-by carried out on an Atlanta expressway on the day he was released from prison . In 2003, he was the prime suspect (arrested, charges dropped) in the double homicide of Anthony (Wolf) Jones and Lamont (Riz) Girdy outside the Atlanta nightclub Chaos: Jones was a childhood friend and favored bodyguard of hip-hop mogul Sean (Puffy) Combs, arrested with him in the infamous 1999 Club New York shooting in Manhattan along with actress-singer Jennifer Lopez, whom Combs was dating at the time .

The following summer, BMF’s de-facto consigliere and third-in-command, Fleming (ILL) Daniels killed Rashannibal (Prince) Drummond, execution style, in the parking lot of Atlanta’s Velvet Room after Daniels’ car almost struck Drummond’s Porsche and Drummond smacked the vehicle Daniels was driving with his fist in anger. He got 20 years on a manslaughter beef.

A trio of BMF members, led by reputed “new era” syndicate leader Darnell (Coo Coo) Cooley, beat a club patron to death in a vicious assault that took place in August 2009 at a suburban Detroit jazz club and is suspected of ordering the execution of the only witness to the beating (the victim’s best friend) weeks later on the eve of the witness getting ready to testify in front of a grand jury investigating the jazz club attack and “post-Meech & T” BMF activity in Michigan.

Big Meech, 47, and Southwest T, 45, weren’t on speaking terms at the conclusion of their epic reign atop the U.S. underworld, millionaires several times over and leaders of separate factions of the BMF syndicate, but at the end of the day they both stayed loyal to each other – refusing to turn and point the finger in the other direction in the face of getting slammed with stiff sentences. The Flenorys won’t be eligible for parole until 2032.