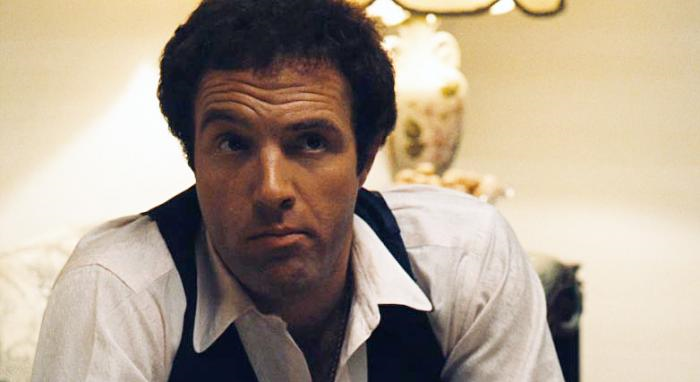 Hollywood actor and Godfather film alum James Caan almost got himself arrested in Chicago in 1980 while preparing for his role in an upcoming movie by running around with some of the Windy City’s most ruthless mobsters in an effort to learn the tricks of the high-end burglary trade, per one retired cop who worked the OC beat in Illinois. Caan was observed by federal surveillance units cavorting with then-Outfit lieutenants and well-known thieves, John (Johnny No Nose) DiFronzo, Joseph (Joey the Clown) Lombardo, Louis (Louie the Mooch) Eboli, James (Jimmy I) Inendino, James (Jimmy Legs) D’Antonio and Ronnie Jarrett in the months before he started shooting the Michael Mann movie Thief, filmed in and around Chicago in the early months of 1980.

In one instance, according to the old-time G-Man, Caan, a native New Yorker of Jewish descent, was caught on a wiretap planted in a Westside Chicago social club telling some of his Midwest gangland tour guides that he planned on joining them that evening on a heist. A pair of Cook County Sherriff’s Department vice squad detectives made sure he didn’t.

Cann, long tied to members of organized crime on the east coast in a social capacity, was staying at the ritzy Drake Hotel, located on Chicago’s Magnificent Mile, sitting right on the edge of Lake Michigan. As he left that night around 8:30 to meet up with the Westside robbery crew, he was stopped by two men flashing CCSD shields.

“We intercepted him on his way out of his hotel, I said, ‘Jimmy, we heard you and us have some mutual friends,’ he wasn’t stupid, he knew why we were there to talk to him,” recalled one of the detectives. “I told him ‘listen, I’m gonna level with you and cut you a break, we know where you’re going, who you’re meeting and what you’re aiming to do and if you are anywhere around that score, we’re going to slam dunk you like a fucking basketball, your face will be on the cover of every paper from here to London. You already gave us a reason to slap the handcuffs on you and I’m giving you a get out of jail free card, and if you give us another reason and show up at that score, I swear to the lord almighty, I’ll nail you with so many charges, you’ll be accepting your next Oscar nomination from a god dam prison cell.’ He played it off like he was Mr. Cool, big-shot actor, and just smiled. ‘I said, you understand what I just laid out for you, Jimmy?.’ He nodded and got into the car that was waiting for him. You know where he went? Fucking Morton’s Steakhouse and stayed there the whole fucking night.”

Thief was released in the spring of 1981 and grossed 11.5 million dollars at the box office against a 7 million dollar budget, receiving strong reviews from critics. The 75-year old Cann gained silver-screen infamy in his iconic portrayal of the hot-blooded Sonny Corelone in 1972’s Oscar-winning The Godfather Part I, a role he was nominated for an Academy Award for. Over the years, he’s made no apologies for his friendships with high-ranking Mafiosi like Carmine (Junior) Persico and Andrew (Andy Mush) Russo of the Colombo crime family in New York.

John DiFronzo is the reputed semi-retired Godfather of the Chicago mob today. Joey Lombardo is 86 and ailing behind bars, convicted in 2007 on murder charges – he was the Westside mob ringleader for over 30 years and DiFronzo’s consigliere. Eboli, son of slain New York don Thomas (Tommy Ryan) Eboli, died of pancreatic cancer in the fall of 1987. Jimmy D’Antonio, Lombardo’s driver and a master thief and wheel man dating back decades, was killed in a car accident in 1993. Jimmy Inendino and Ronnie Jarrett were part of the syndicate’s Wild Bunch assassin squad in the 1970s and early 1980s. Indendino is alleged to be the current capo of the Chicago mob’s Cicero crew, while Jarrett was rubbed out in December 1999 in the midst of a power dispute on the Windy City’s Southside.