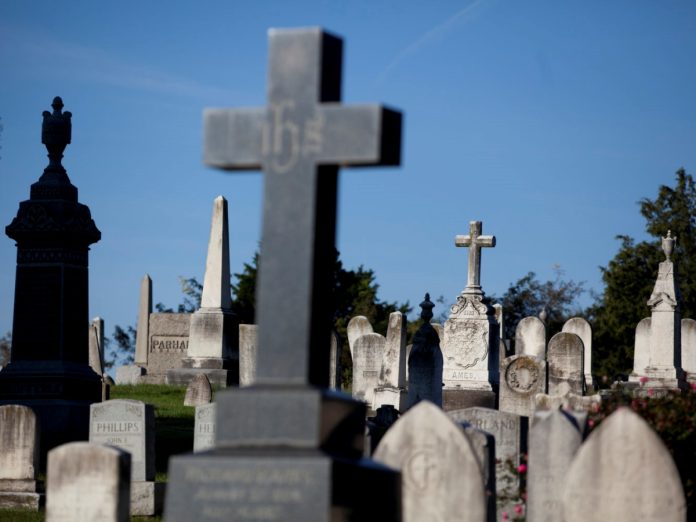 September 16, 2022 — The FBI in Rhode Island has exhumed a murder victim’s body from a Smithfield cemetery in a cold-case mob hit investigation, per sources and media outlets out of Providence. WPRI’s Tim White was the first to report on the exhuming of the body that was buried there in 1992. White reported the unidentified male was slain in Smithfield that year.

The body was dug up in the Potter’s Field section of the North Burial Ground Cemetery in Providence County on Wednesday in an area where graves are marked with numbers instead of names. Potter’s Field was established in 1960 for free and anonymous burials.<

At the time the unnamed victim was killed, the New England mob was in a state of unrest. Faction wars had destabilized the Patriarca crime family spanning the late 1980s and into the mid 1990s.

Back in the spring of 2016, the FBI unearthed the body of nightclub owner Stevie DiSarro, who was killed in Massachusetts and buried in Providence under a converted textile mill in May 1993 for running afoul of then New England mafia don Francis (Cadillac Frank) Salemme in a joint business deal in South Boston. Salemme was dragged out of the Witness Protection Program and found guilty at a 2018 trial of ordering the 43-year old DiSarro’s murder after Salemme came to the conclusion DiSarro was cooperating with law enforcement.