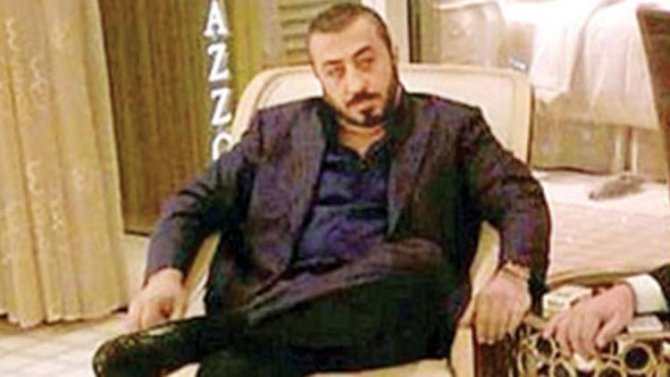 September 22, 2022 — The star witness in the trial of an alleged dirty FBI agent fears retribution from the U.S.’s incarcerated Armenian mafia boss Levon (The Lion) Derman, even in protective custody, according to sources. In one recorded conversation, the witness declared “I’m a dead man, my life is over.”

The Armenian mafia is based out of Los Angeles. The 56-year old Derman, who’s real last name is Termendzyan, remains locked up in prison in Salt Lake City for federal racketeering tied to a sprawling gas-scam conviction two years ago.

Former Armenian mafia “attorney of counsel” Edgar Sargsyan, the “Lion’s” legitimate-world liaison, is on the verge of testifying at the trial of Babak Broumand, a retired FBI agent accused of taking bribes from the Armenian mafia in exchange for greasing wheels behind-the scenes on their behalf; helping combat immigration and anti-terrorism investigations and providing tips on law enforcement intelligence being gleaned on the organization. Some described Sargsyan as an Armenian version of Tom Hagen, refencing the character in The Godfather Parts I and II

Sargsyan is not a licensed attorney but handled much of Derman’s business out a purported law office in Beverly Hills. He has told people, “Lev can touch (kill) someone from anywhere, he pushes one button and it’s done, you stop breathing,” sources claim.

Broumand left the FBI’s San Francisco office in 2018 following a raid of his home and vacation property in Nevada. His trial begins this week.

Sargsyan cut a cooperation deal with the federal government after being caught embezzling money from Derman’s gas-station empire in the middle of a billion-dollar biofuel racket the Armenians were running with a Mormon cult out of Utah, known as The Order. The leaders of The Order testified against Derman at his 2020 trial in a Salt Lake City federal court