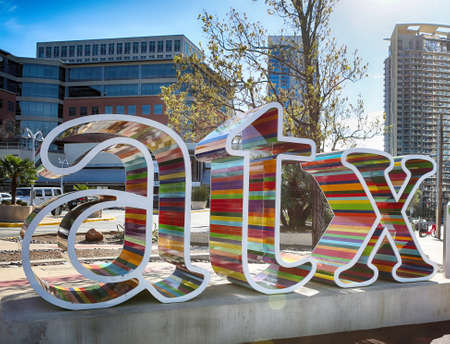 May 27, 2021 – The mobster who told the FBI that the CIA killed Teamsters chief Jimmy Hoffa died last year while living in Texas under an assumed identity in the Witness Protection Program. The pop-culture soaked Hoffa murder case remains unsolved 46 years and running.

Turncoat Chicago mob hit man Chuckie Crimaldi died of natural causes on August 1, 2020 in Austin, Texas, according to sources in federal law enforcement. He was 87.

For the past four decades, Crimaldi had been known to those around him as Chuck Cazzola. He owned and operated a plumbing company and a Chicago style Italian beef stand in his new life in the Texas capital. In 1976, he co-wrote the book, Crimaldi, Contract Killer with journalist John Kidner.

During his tenure working for the mob, Crimaldi’s name surfaced in multiple iconic mob affairs, including the Hoffa kidnapping and murder, the JFK assassination plot and Operation Mongoose, the alliance made between the CIA and the mafia in the 1960s to try to kill Cuban dictator Fidel Castro. When he flipped in 1971, Crimaldi helped the feds build a murder case against “Casino” mob chief Tony (The Ant) Spilotro and the Chicago Outfit’s DeStefano brothers for the 1963 gangland slaying of a Jewish loan shark named Leo Foreman. He also aided the government in narcotics and extortion probes.

Crimaldi worked for Salvatore (Mad Sam) DeStefano, the sociopathic Outfit hit man and juice loan king, who also taught Spilotro how to kill for the mob. Tony the Ant, the Chicago mafia’s point man in Las Vegas, was acquitted of the charges. Mad Sam was murdered himself during the course of the case. His brother, Mario, was eventually the only one found guilty of the Foreman ho

Spilotro and his baby brother Mickey were brutally beaten, stomped and strangled in a suburban Chicagoland basement in June 1986 after the rogue Tony the Ant’s behavior went off the rails in Vegas. Tony the Ant was the top suspect in the DeStefano hit and portrayed in the classic mob film Casino by Oscar winner Joe Pesci.

Crimaldi was often farmed out by Mad Sam to Outfit boss Sam (Momo) Giancana for his personal use on hits the Chicago crime family deemed essential. Giancana and labor boss Jimmy Hoffa worked together with the CIA in its attempt to oust Fidel Castro from power in Cuba by any means necessary. The mob in America lost millions of dollars in Cuban banks and financial institutions upon Castro and his revolutionaries seizing power in a 1959 coup.

Based in Detroit, Hoffa rose to the Teamsters presidency in 1957 and opened the door for the mafia to raid the union’s pension fund to finance business investments in places like Las Vegas, Atlantic City, New York, Florida and California. Giancana was shot dead inside his Chicago home in May 1975. Hoffa vanished from a suburban Detroit restaurant parking lot on July 30, 1975 following a falling out with his benefactors in the mob over The Commission’s decision to put the fiery rabblerouser out to pasture and demand he retire from union affairs. Nobody has ever been charged in either the Giancana or Hoffa murders.

Crimaldi connects both high-profile hits to the CIA. Giancana and Hoffa were scheduled to testify at the Church Committee Hearings on the CIA’s efforts to covertly eliminate Castro and turn Cuba democratic. Hoffa was the conduit between the mafia and the CIA, per Crimaldi.

“For a hit man, he was a pretty pleasant guy,” said author Dan Moldea of his memories of interviewing Crimaldi in the 1970s as part of his groundbreaking research into the Hoffa case. “I’m shocked he was still alive all this time. He was a smart criminal, not a knuckle dragger.”