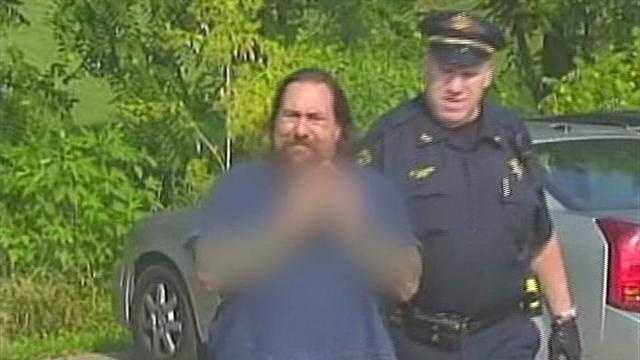 May 26, 2021 – The Rooster is heading back to the big house after dodging a hit from a deranged neighbor.

Pagan’s Motorcycle Club power Dennis (Rooster) Katona will report this week to a Westmoreland County, Pennsylvania prison to serve the remaining four years of a 2014 drug conviction following the U.S. Court of Appeals throwing out his appeal of a Pennsylvania State Supreme Court decision reinstating the charges. Most likely, Katona will be paroled by the end of the year. He was behind bars for two years of his six-and-a-half-year sentence until his conviction was tossed because of what was deemed a faulty search warrant.

Accused killer Victor Steban fired off rounds of his guns at Katona’s home last weekend, authorities claim. Steban, 53, was arraigned earlier this week for the double homicide of a Penn Township couple (Jake Erdeljac and Mara Casale) on May 23, just hours after he shot up the Katona residence. Steban told local reporters that his actions were all about “getting Rooster” on Tuesday morning while being ushered into the courthouse in shackles for his arraignment where he pleaded not guilty. The Katona family made a public statement to the press that Rooster nor his wife know who Steban is.

The 55-year old Rooster Katona was the Pagan’s MC National President in the late 2000s and early 2010s and was found guilty of intent to distribute a controlled substance (resulting from a coke and meth bust) at a 2014 bench trial. Katona’s conviction stemmed from a summer 2011 raid of his home where state police found three ounces of cocaine and three ounces of methamphetamine, totaling a street value of $25,

Rooster Katona is the founder and owner of East Coast Cycles, a custom motorcycle shop with outlets in Pennsylvania, Florida, Germany and Austria. Back in the 2000s, Katona did four years in the fed joint for leading an attack on an Hells Angels MC banquet in Plainview, New York in 2002. The ensuing melee left Pagan’s MC member Robert (Mailman) Rutherford dead, dozens injured, ten hospitalized and over 70 arrested and convicted of rioting charges.

At the time of the 2002 brawl, Katona was the sergeant-at-arms for the Pagan’s Pittsburgh chapter and the club’s national treasurer. After his prison stint, in around 2008, he rose to become the club’s boss.

The Pagan’s are the preeminent biker gang on the east coast, maintaining a particular stronghold in the areas in and around Philadelphia and Pittsburgh, spanning across rural western Pennsylvania and into Maryland, Delaware and West Virginia.