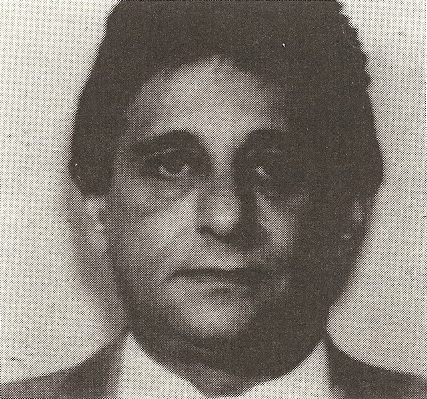 Whether it’s an official appointment or not, Chicago mob stalwart Salvatore (Solly D) DeLaurentis is acting in a consigliere capacity these days, with Illinois Don John (Johnny No Nose) Di Fronzo and his brother and aid-de-camp Peter (Greedy Petey) Di Fronzo, significantly leaning on the 76-year old Lake County capo to ease straining relationships between loyalists to jailed street boss Michael (Fat Mike) Sarno and the rest of The Outfit (local slang for the Windy City mafia).

According to underworld and law enforcement sources, Sarno brought into the fold and possibly inducted a group of Cicero-based hoodlums that have run amok and begun stepping on toes since Fat Mike, 55, was busted on racketeering charges in 2009 and subsequently convicted and sentenced to 25 years behind bars.

In reaction to this, the Di Fronzo brothers have repeatedly turned to the highly-respected DeLaurentis to smooth things out, which he has successfully done to this point.

The current capo of Cicero is alleged to be James (Jimmy I) Inendino, also called “Jimmy the Ice Pick” for his past use of the murder tool (Jimmy I cut his teeth in the Windy City underworld as part of the bloodthirsty “Wild Bunch,” in the 1970s and 80s, deceased Outfit boss Joseph (Joe Nick) Ferriola’s enforcement branch)

Some Chicago mob watchers speculate that Marco (The Mover) D’Amico is actually No Nose Di Fronzo’s consigliere, a normal go-to in situations like this, but Solly D was tapped to take care of the problem due to his roots in the Sarno camp.

Sarno and DeLaurentis were nailed together in a 1990 federal racketeering indictment that brought down almost the entire Cicero-headquartered “Good Ship Lollipop” crew ran by Ernest (Rocky) Infelice. That investigation revealed Solly D, sometimes referred to as “Solly the Pizza Man” or the shortened version “Solly Za” for his operation of a pizza joint, was Infelice’s No. 2 in charge, struck fear in many of those he encountered and eerily forecasted the gore-ridden 1985 murder of recalcitrant bookie Hal Smith.

In the months leading up to Smith’s heinous death, DeLaurentis was recorded telling him he would be “trunk music” if he didn’t start paying tribute to the mob. Smith’s strangled and mutilated body was indeed found in the trunk of his car in an Arlington Heights parking lot shortly thereafter, done away with by DeLaurentis’ men.

“This is Chicago, nobody skates for free, everybody pays,” Solly D was taped telling Smith.

Later that day, he told his wired-for-sound driver William (BJ) Jahoda, “I love my job.”

Because of these factors, DeLaurentis was saddled with more prison time than Sarno; He got out in 2005, opposed to Sarno who was let out in 1999 and was able to rise in the ranks quickly, named to manage the Family’s daily affairs in the wake of his predecessor James (Jimmy the Man) Marcello’s imprisonment nine years ago.

“Made” into the Outfit alongside Rudy (The Chin) Fratto and John (Pudgy) Matassa at a 1988 Father’s Day induction ceremony, DeLaurentis replaced longtime capo Joseph (Black Joe) Amato as racket chief of Lake County, a region north of Chicago that Al (Scarface) Capone originally infiltrated during the Prohibition era.

Upon his release from incarceration, DeLaurentis is reputed to have reassumed his post within the mob in Chicago.

Last year, an alleged underling of his, Paul Carparelli, 45, was arrested for running an extortion ring, taped telling an associate of his in the winter of 2013 that Solly D and one of Solly D’s primary lieutenants paid him $10,000 to give a slow-paying debtor of theirs’ “a thorough beating.”

“Solly DeLaurentis is not the type of individual to be trifled with, he’s a capable leader and enforcer and the kind of mobster the bosses in the Outfit appreciate and utilize,” said retired FBI agent (31 years on the job) and dogged Chicago mob pursuer Jim Wagner of Solly D’s reputation.