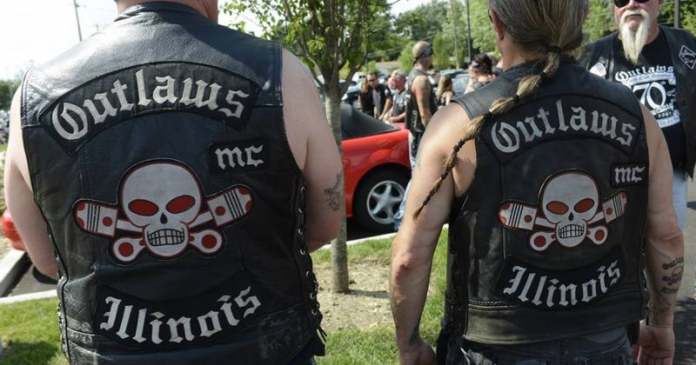 January 30, 2022 — Legendary Chicago Outlaws Motorcycle Club boss Pete (Greased Lightning) Rogers died last week of natural causes. He was 79 and patched into the club’s original Southside Chicago chapter in 1966, per court records. Soon, he became chapter president and then regional boss for all of Illinois and Wisconsin.

Rogers was the most powerful biker boss in Chicago for decades and forged the longstanding “Double O Alliance,” a working relationship with the Italian mafia in the Windy City known as the Outfit. According to ATF records, the alliance was cemented at a 1975 dinner meeting between Rogers and Outfit leaders held in a Southside tavern. The Outlaws MC was founded in the Chicago area and the Southside chapter is considered the “Mother Ship.”

Commanding the Outlaws war with the Hells Angels in the first half of the 1990s at a time when the West Coast-based Hells Angels were trying to develop a presence in Illinois, Rogers survived an assassination attempt when he was wounded several times riding his motorcycle in an expressway shooting on June 25, 1994. Three days later on June 28, Hells Angels-affiliate LaMont (Merciless Monte) Mathias was beaten and shot to death inside a Rockford, Illinois motorcycle repair shop.

The 47-year old Mathias, the No. 1 shot caller in the Hells Henchmen MC, had been at the forefront of the effort to bring the Hells Angels brand to the Land of Lincoln. Per FBI intelligence documents, Mathias gained permission to patch over his HHMC over to the Hells Angels from Hells Angels brass in California during a ceremony in Oakland in the weeks before his murder. Unbeknownst to Mathias, an undercover ATF agent had infiltrated his inner-circle and was keeping federal authorities apprised of the day-to-day affairs in the dispute with the Out

One Federal-court filing from the 1990s cited an informant telling FBI agents then-Outlaws MC international president Harry (Taco) Bowman summoned Rogers to his home base in Detroit in the days surrounding Christmas 1993 and instructed him to ramp up the club’s offensive against the Hells Angels. A series of fire bombings in Illinois followed in the first months of 1994.

Bowman died behind bars three years ago serving a life sentence in federal prison for racketeering and murder. Rogers was the longest-tenured Outlaws boss in history, serving as skipper of the Outlaws troop for more than a half century. He took power in the club in 1968, according to DEA documents.

By trade, Rogers was a skilled ironworker and card-carrying union member. The nickname “Greased Lightning” came from his days as a drag racer and his reputation as the fastest Outlaw in the world on both two and four wheels.

Rogers lived out his final years in Frankfort, Illinois, just outside of Chicago. His funeral is scheduled for February 4 at Maryhill Cemetery.