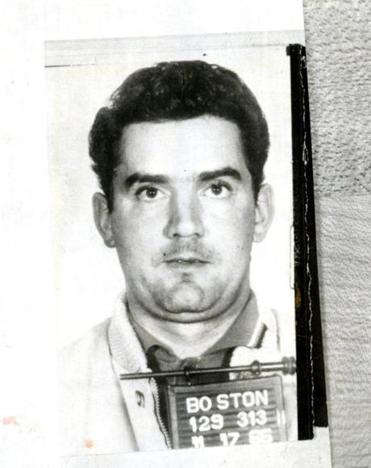 Former New England mafia boss Francis (Cadillac Frank) Salemme could face some type of formal charges connected to the May 10, 1993 mob slaying of 43-year old club owner Stevie Disarro, a close friend of his deceased son and namesake, if federal authorities discover Disarro’s remains at Rhode Island property they are digging on this week, per sources in Rhode Island law enforcement. The dig is being conducted via tips acquired from convicted drug dealer Billy Ricci, an associate of Salemme’s underboss Robert (Bobby the Cigar) DeLuca and whose property is the parcel of land being excavated, per these sources. On Thursday, human remains were unearthed. Salemme can be seen in this story’s featured image posing for an FBI mug shot in the mid 1960s.

At the time of his murder, Disarro owned and managed “The Channel”, a semi-nude strip club and bar in heavily mobbed-up South Boston and the subject of an intense FBI probe into activities regarding the club’s finances and its’ ties to then-don Cadillac Frank Salemme and Frank Salemme, Jr., his made man of an offspring. Prior to being a strip club, the Channel was a popular underground music venue. The Salemmes were thought to be involved in business dealings at the Channel back when it featured music acts as well

According to federal court filings, Cadillac Frank watched on as his son Frank Jr. strangled Disarro to death in May 1993 at the elder Salemme’s posh suburban Boston home, flanked by two unnamed lieutenants, for worry that Disarro had either begun or would soon begin cooperating with the feds against the father-son gangster tandem. Cadillac Frank and Frank, Jr. were suspected by the FBI of having silent ownership interests in the Channel.

Salemme, Jr. died of complications linked to the AIDS virus in 1995. Cadillac Frank had his half-decade reign atop the New England mob kingdom he ruled over come crashing down the same year, indicted beside infamous Boston Irish mob boss and FBI informant James (Whitey) Bulger. The revelation that Bulger and his right-hand man Stephen (Stevie the Rifleman) Flemmi were informing on him for years led to Salemme’s decision to cooperate and enter the Witness Protection Program.

Flemmi told his FBI handlers he accidentally walked in on Disarro being garroted by Salemme, Jr. that spring day 23 years ago, saw Cadillac Frank and two men he didn’t recognize watching the execution take place and quietly excused himself before the deed was done. A subsequent conversation with Cadillac Frank about what he had witnessed led to Salemme telling him that Bobby DeLuca helped him and his son dispose of Disarro’s body in Rhode Island.

Bobby the Cigar DeLuca ran mob operations in Rhode Island and turned FBI informant in 2011. He had been tight with 69-year old Billy Ricci during his days on the street, the pair allegedly doing gangland business together. Authorities are digging on Ricci’s Providence property, a converted mill building, searching for any remains of Disarro, a well-known and popular Boston nightclub maven. Ricci, a member of DeLuca’s former mafia inner circle, pled guilty to drug charges this month and according to those familiar with the Disarro inquiry, as part of his plea deal he had to agree to let the FBI search his property for Disarro’s remains.

Out of prison for the past seven years, the 82-year old Salemme is living under an assumed name somewhere in the United States. His rise to power and his tenure on the throne was bullet-ridden. Salemme survived an assassination attempt in the parking lot of a Saugus, Massachusetts’ pancake house on June 16, 1989, the same day New England mafia underboss William (Billy the Wild Man) Grasso was wacked in his home base of Connecticut by his own men.

A war had broken out on the streets in the aftermath of Salemme’s release from 15 years behind bars for the bombing of mob attorney John Fitzgerald’s car and the incarceration of the long-tenured leaders of the New England mafia’s Boston wing, the Angiulo brothers. Syndicate-namesake Raymond Patriarca’s hand-picked successor, his son, Rhode Island-based Ray, Jr., sociopathic Billy Grasso, Ray Sr.’s former cellmate in prison and Ray Jr.’s second-in-command, and charismatic Cadillac Frank Salemme, the Patriarca’s then-representative in Beantown, were being opposed by a faction of the crime family headed by East Boston capo Joseph (J.R.) Russo and his protégé Vincent (Vinnie the Animal) Ferrara from the North End, the Angiulo’s old stomping grounds. Bianco’s ascension to the boss’ chair and a making ceremony (recorded by an FBI bug) bringing Russo and Ferrara-loyalists into the Family, temporarily quelled tensions.

However, it didn’t last.

Bianco was indicted and jailed in March 1990 (so were Russo, Ferrara and Patriarca, Jr.) and when Salemme took power that summer he set off a reign marked by a series of retribution killings, per Massachusetts State Police records, taking aim at those he held responsible for plotting his murder a year before – “at least a half-dozen, probably more,” one retired FBI source estimated.

His own camp didn’t go unscathed either. Salemme’s rivals were ordering hits on his soldiers from behind prison walls. Richard (Richie the Hatchet) Devlin, one of Salemme’s ace enforcers and most-utilized assassins, was murdered in 1994.

Cadillac Frank and his son had “their hooks into” Disarro, says one GR source, lending him the cash to re-open the Channel and using the business to launder a portion of their illicit earnings. Following news breaking in the early 2000s of Flemmi’s admission of what he saw at the Salemme’s swanky Sharon, Massachusetts residence that day Disarro was killed in 1993 and what Cadillac Frank had admitted to him thereafter about using Bobby DeLuca to get rid of Disarro’s corpse, the state police told the media that the main reason charges weren’t immediately being filed against Salemme and DeLuca was because of the lack of a dead body at the time.

That particular problem might be solved soon. If the human remains discovered Thursday do in fact turn out to be Stevie Disarro, Salemme may be in legal hot water again. So could Mark Rosetti and Cadillac Frank’s little brother, “Action Jack,” one source with knowledge of the probe speculated.

Rosetti, the capo of J.R. Russo’s East Boston crew and a noted hit man, turned out to be an FBI informant too. His alleged role in Disarro’s murder might be part of a slew of gangland hits Rosetti participated in, planned or carried out himself while working for the FBI, in a similarly Illegal and ethically-questionable arrangement to the Whitey Bulger fiasco.

Jackie Salemme,72, was charged (along with Bulger crony Brian Halloran) in the October 1981 murder of underworld figure George Pappas at the Four Seas Restaurant in Boston’s Chinatown and was assigned responsibility to watch over the New England crime family on a day-to-day basis on behalf of his locked-up big bro as acting don in the mid-1990s prior to joining him as a guest of the government due to his own racketeering beef. Drug-addled Halloran was brutally killed by Bulger in 1982, shot more than 20 times, in a homicide committed in a waterfront restaurant’s parking lot in Boston (Anthony’s Pier 4) and depicted in 2015’s Bulger biopic, the Scott Cooper-helmed film Black Mass with Johnny Depp playing Bulger and Peter Sarsgard portraying the desperate, cocaine-fueled and hyper Halloran.