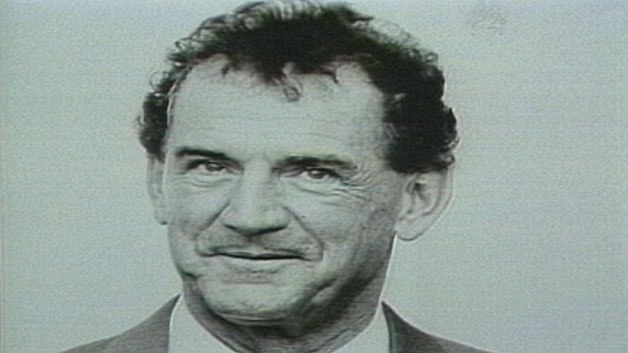 More skeletons remain in former New England mafia boss Francis (Cadillac Frank) Salemme’s closet than just simply the Stevie DiSarro slaying, according to multiple retired FBI agents familiar with Salemme’s underworld tenure in Boston. Per these sources, Salemme took part in at least an additional seven gangland murders that he lied about to federal authorities at his 1999 debriefing following agreeing to become a witness for the government.

“There’s more, believe me there’s more,” one source said. “Frank was less than completely forthcoming in his wheeling and dealing with the Bureau. A lot of people knew he was telling them what they wanted to hear and picking and choosing what to share in terms of things that could hurt guys in his camp.”

The 82-year old Salemme was pulled out of the Witness Protection Program earlier this week and arrested for the 1993 homicide of DiSarro, a mob associate and nightclub owner Cadillac Frank and his son, Frank, Jr., were partners with in a South Boston alt-rock-music venue-turned-topless bar called the Channel. He intends to fight the charges in court. DiSarro, 43, was reportedly cooperating with the FBI and IRS in investigations into the elder Salemme’s reign as Godfather of the New England mafia. .

Cadillac Frank has been yanked out of the “program” before and for reasons related to the killing of DiSarro. He pled guilty to obstruction of justice charges for lying in his debriefing regarding his knowledge of the DiSarro hit in 2008 and did an extra year behind bars.

Salemme joined Team America in 1999 and originally walked free in 2004 after nine years in the can. Admitting his role in eight murders, he testified in front of the U.S. Senate and in court against retired FBI agent John Connolly, iconic Boston Irish mob lord, James (Whitey) Bulger’s mole inside the Bureau for almost two decades. Bulger, at one time Cadillac Frank’s close pal, is serving life in prison. Connolly was sentenced to 40 years.

Several former members of law enforcement claim Salemme lied under oath in his testimony on Capitol Hill and at Connolly’s trial. Specifically, Cadillac Frank denied involvement or knowing about the murders of fellow Beantown underworld figures Tommy Timmins, Pete Poulos, Robert (Bobby D) Donati, Rocco Scali, Barry Lazzarini, Vinnie Arcieri and Richard (Vinnie the Pig) DeVincent, which multiple sources both from cop and crook circles alike, say Salemme either helped personally carry out, ordered or sanctioned. Some of the still-unsolved murders spawn from Cadillac Frank’s early days as an east coast mob assassin in the 1960s, others from his vengeance-filled near half-decade on the throne at the helm of the Patriarca crime family in the 1990s.

Informants have told federal prosecutors that Stevie DiSarro was strangled to death on May 10, 1993 by Frank Salemme, Jr. as his dad and uncle, John (Action Jack) Salemme watched on in the dining room of the Salemme family homestead in suburban Sharon, Massachusetts. Salemme, Jr. died of complications resulting from the AIDS virus in 1995. Jack Salemme, Cadillac Frank’s baby brother, was an acting boss of the New England mob for a short period in the mid-1990s.

DiSarro’s remains were dug up back in March on property owned by mob associate Billy Ricci, a former lieutenant of Cadillac Frank’s underboss Robert (Bobby the Cigar) DeLuca’s in Providence, Rhode Island. Until he became a member of Team America in 2011, Bobby the Cigar was based his operations out of the Providence area. Ricci got busted in a drug conspiracy earlier this year and cut deal for himself, pointing the FBI to his converted mill building in Providence as to where it could unearth DiSarro, buried there 23 years ago by DeLuca and Salemme. It’s unclear at this time if Jack Salemme will face any future charges in the DiSarro hit as well.

Bobby the Cigar, who like his former boss Cadillac Frank had been spending his latter-years in the Witness Protection Program, was arrested on obstruction and perjury charges in connection with the DiSarro case in June. Salemme was living in the Atlanta, Georgia area, while DeLuca, 71, was residing in Florida. The pair ruled the New England mafia side-by-side from 1991 through 1995 when they were nailed for racketeering.

Released from a 15-year prison sentence in the late 1980s, Salemme maneuvered his way to the top of the Patriarca clan with a mix of master politicking, guile, gumption and a little bit of good luck. Cadillac Frank survived an attempted assassination in the summer of 1989, getting shot in the parking lot of a Saugus, Massachusetts pancake house by members of a faction in the crime family led by capos Joseph (J.R.) Russo and Vincent (Vinnie the Animal) Ferrara opposing Salemme’s rise to the boss’ chair. Salemme himself had been convicted of attempted murder in the January 1968 car bombing of a Boston mob attorney and future South Dakota Circuit Court Judge named John Fitzgerald.

Per sources, Tommy Timmins was allegedly garroted to death by Salemme at Salemme’s Sharon, Massachusetts residence (the same one DiSarro was allegedly done in at) on April 27, 1968, almost three months to the day after Fitzgerald’s car was bombed and the lawyer lost a leg. Poulos was a Salemme confidant and killed by Salemme’s childhood friend Steven (The Rifleman) Flemmi, Whitey Bulger’s right-hand man in the mostly-Irish Winter Hill Gang, a month later out in Las Vegas at Salemme’s behest while Salemme hid out in New York trying to avoid arrest in the Fitzgerald bombing. Flemmi has told the FBI that he accidentally walked in on Salemme, his son and brother murdering Stevie DiSarro in the spring of 1993.

Bobby Donati, Rocco Scali, Barry Lazzarini and Vinnie Arcieri were all Russo-Ferrara loyalists that got clipped on Salemme’s say so once he took power as payback for the fact that Russo and Ferrara had tried to kill him during the “Unrest of ’89,” according to first-hand sources and government documents. Donati, Vinnie the Animal’s driver and a prime suspect in the infamous Isabella Stewart Gardner Museum heist from 1990 (a half-billion dollars of rare art stolen), was beaten to a bloody pulp and his throat slit ear-to-ear on September 24, 1991 outside his Boston area home and stuffed into the trunk of his car. Lazzarini was beaten to death, left hogtied inside his Manomet, Massachusetts residence on October 3, 1991. Scali, a North End restauranteur, was shot in the head at point-blank range in the parking lot of a Dedham, Massachusetts pancake house on October 2, 1992, Arcieri felled by a barrage of bullets in the driveway of his Orient Heights, Massachusetts home a little more than two months later on December 8, 1992.

Longtime New England mob thug “Vinnie the Pig” DeVincent lasted until April 3, 1996, eight months after Cadillac Frank was arrested, when he was killed in the mafia hotbed of Medford, Massachusetts. An FBI document from 1997 states that DeVincent, 63, was refusing to pay Salemme tribute to run his sports book and juice-loan racket and Salemme order him whacked from his jail cell. Vinnie the Pig, according to the document, was tight with Ferrara and groomed by Ferrara’s mentor in the mob, former Patriarca Family underboss Jerry Angiulo.

According to Rhode Island State Police records, Bobby Donati was killed by Salemme, his son, his bodyguard Richard (Richie the Hatchet) Devlin and East Boston capo and controversial FBI informant Mark Rossetti. The Salemmes, Devlin and Rosetti allegedly pummeled Donati with their fists and feet, an assault concluded by Rossetti slitting his throat, per the state police files. Lazzarini, per sources, was killed by the same foursome in a similar manner.

Devlin was slain in 1994, still the No. 1 suspect in the Scali murder. Another ace Salemme enforcer and Devlin’s gangland running buddy, Richard (Richie Nine Lives) Gillis, remains the main suspect as the triggerman in the Arcieri homicide. In the weeks prior to his slaying, Arcieri had gotten into a verbal spat with Rossetti, also thought to have been the shooter in the DeVincent hit. Rossetti’s name has been bandied about for playing a possible role in the DiSarro murder.