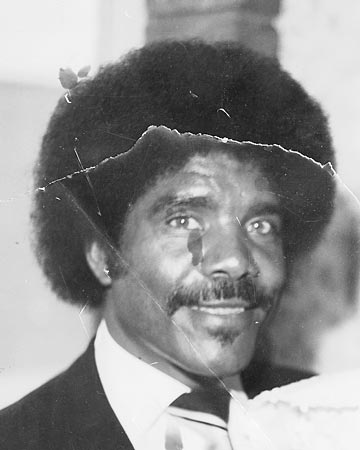 A couple months before Feodies Shipp found himself scrambling for his freedom and physical well-being at the Ritz-Carlton Hotel in July 1992, his drug-dealing partner Felix “The Cat” Walls got a hunch something wasn’t right with Bernie “The Jew” Schrott.

According to Walls, back in April, Schrott was going to bankroll one of their joint business deals using close to three million dollars of Walls’ and Shipp’s drug money as a down payment on up to 50 million dollars that Schrott said he had access to from investors. At Bernie the Jew’s request, Walls put 2.8 million together in cash, placed it in several garbage bags, and sent it on a plane chartered by Schrott headed to California.

Schrott and Walls were both supposed to be on that plane, leaving from Waterford’s Oakland County Airport on April 14, 1992 at 10 a.m. An hour before takeoff, however, Bernie called Felix and bailed, claiming he was too sick to make the flight. Walls got a bad feeling and skipped out on getting on the plane as well.

Felix the Cat’s instinct proved keen. Upon landing in Ontario, California, DEA agents raided the plane and seized the money on board on the grounds that it was part of drug activity.

“At that point, I knew Bernie was an informant,” Walls was quoted telling the Metro Times in a 2000 interview.

Future court filings confirmed that suspicion – as a result of years of requests, counsel for Walls received a government inventory of Schrott’s prior cooperation, including the seizure of 2.8 million dollars from a Learjet that flew from Detroit and California in April 1992 and Bernie the Jew’s reward for the tip-off, which was $150,000.

Even faced with the government claims of his cooperation, Schrott still steadfastly denied the allegation that he is an informant to the Metro Times in 2000.

“That’s ridiculous,” he said of the notion that he’s worked for law enforcement in the past. “I don’t know anything to inform on.”

Following Walls’ money being intercepted by the DEA, raising red flags about where his “money scrubber” Bernie’s loyalty lied, Felix the Cat scurried out of town, going on the run to dodge what he knew was sure to be (and was) a pending indictment. Apprehended after nearly three years as a fugitive, Walls was convicted of a narcotics and tax evasion conspiracy in two subsequent trials, the second one of which he acted as his own attorney, and sentenced to 30 years in prison.

They were charges and a trial that Feodies Shipp never lived to face.