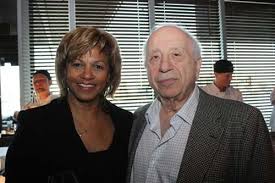 Aside from knowing all the right people on a professional level, Feodies Shipp had made some pretty impressive friends and social companions in his personal life. His best friend was former federal judge Sam Gardner. He was known to pop up in local sports hero and champion-boxer Tommy “The Hit Man” Hearns’ entourage during several of Hearns’ sold-out fights in Las Vegas.

Soon, Shipp would have a daughter on the way. He talked to friends about possibly getting out of the drug game, reexamining his lifestyle for the sake of his wife, her brother’s judicial career and his newborn child.

The window for such an opportunity, whether a sincere option for the Yellow Man or not, was closing. And fast.

Beginning in the winter of 1992, Tommy Berry, Shipp’s and his partner Felix “The Cat” Walls’ cocaine supplier out in California started working for the government and talking about the business he did with them. They owed Berry a significant amount money and he had no problem feeding them to the Feds once he got arrested and decided to make a deal for himself. Berry told them that he was doing a million dollars’ worth of narcotics transactions with Shipp and Walls per month and that he had met and lunched with someone he was introduced to as Bernie at the Beverly Hills Hotel, “an old mobbed-up Jewish cat” that laundered their  drug money.

By July, the roof was about to cave in.

Feodies was arrested by FBI agents in the early afternoon of July 18, 1992 at Pasquale’s Family Italian Restaurant on 13 Mile Rd. and Woodward Avenue in Royal Oak. Before the agents could take him away for processing at FBI headquarters downtown though, Shipp’s natural, almost-hypnotic hustling skills kicked in and he convinced the agents to allow him to get rid of a brown-leather Gucci briefcase in his possession, which he stashed in the trunk of his gold-rimmed Cadillac in the Pasquale’s parking lot.

The ace hustler kept spinning his magic while in police custody. In exchange for agreeing to cooperate, Feodies got the Feds to release him for 24 hours to “get his affairs in order.”

The con worked. He never returned.