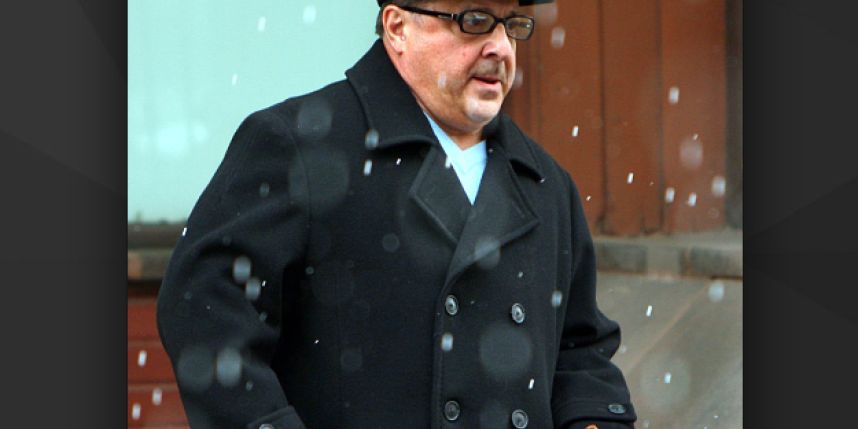 New England mob turncoat Robert (Bobby the Cigar) DeLuca has pled not guilty to charges of lying to the FBI in his 2011 debriefing regarding the 1993 murder of Boston nightclub owner Stevie DiSarro. A federal judge in Beantown ordered the 70-year old Bobby the Cigar held without bail while he awaits trial. DeLuca was arrested in Florida late last month. He was extradited to Boston last week.

During his FBI debriefing session, DeLuca denied having knowledge of DiSarro’s slaying. The government believes he was in charge of finding a place to bury DiSarro’s body. Formerly based out of Providence, Rhode Island, DeLuca had been living under an assumed identity in Florida since he flipped five years ago when he was busted for racketeering and extortion.

Back in March, authorities unearthed DiSarro’s remains on property in Providence belonging to one-time DeLuca crew member Billy Ricci. Nailed in a drug conspiracy earlier this year, Ricci cut a deal, pointing the FBI to where DiSarro was buried and allowing for a dig behind his converted mill building.

DeLuca served as the Patriarca crime family’s underboss between 1991 and 1995, second-in-command to revenge-thirsty don Francis (Cadillac Frank) Salemme out of Boston. After the pair went down on a RICO and Salemme entered the witness protection program, DeLuca emerged from a three-year prison stint to become the right-hand man to Salemme’s successor, Luigi (Baby Shacks) Manocchio, the Providence-stationed Patriarca clan Godfather who was indicted alongside Bobby the Cigar in early 2011. The 89-year old Manocchio did five years behind bars and is currently retired living out his final days back home in the friendly confines of his Federal Hill neighborhood.

DiSarro, 43, was killed on May 10, 1993, allegedly strangled to death by Cadillac Frank’s son, Frank Salemme, Jr. as Cadillac Frank watched on inside the Salemme family home in Sharon, Massachusetts. The Salemmes and DiSarro were partners in a South Boston nightclub-turned-go-go bar called the Channel which had come under scrutiny from law enforcement and the IRS.

Salemme died from AIDS in 1995. Cadillac Frank pled guilty to lying to the FBI about his knowledge of the DiSarro slaying at his 1999 debriefing and was slapped with a five-year prison sentence. He’s been free since 2009.