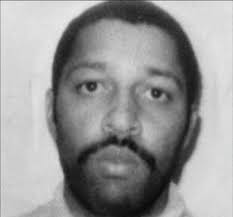 October 22, 2020 – The original “Big Meech,” legendary Detroit drug lord Demetrius Holloway, was slain 30 years ago this month in one of the Motor City’s most sensational homicides ever, a gangland hit most historians point to as the official end to the decadent and destructive crack era in the D.

Black Mafia Family boss Demetrius (Big Meech) Flenory, born and raised in Detroit and America’s most notorious dope boss of the last three decades, is alleged to have taken his nickname from Holloway, who was the king of the coke game in Motown during the late 1980s. Flenory, a genuine hip hop icon, has been in prison since November 2005 and is often name-checked in rap lyrics by the likes of Drake, Lil’ Wayne and Jay-Z.

The sly, cultured and fastidious 32-year old Holloway was gunned down inside The Broadway, a trendy urban clothier in downtown Detroit, on October 8, 1990. At the time of his murder, Holloway was under assault on multiple fronts; the federal government was on the verge of dropping a drug and racketeering indictment and he was said to be at war with at least three separate crime factions.

“If you heard the words Big Meech back in the Wild West days of Detroit in the last half of 1980s, you were talking about Demetrius Holloway, he’s was head honcho around here, top dog in the drug trade,” retired DEA bureau chief Bob DeFauw said. “While all his contemporaries are wearing track suits and thick gold chains around their necks, Holloway was wearing $15, 20,000 Italian suits, looking more businessman chic than dope boy chic. The man was cut from a different cloth.”

Low-level drug world players, Lester (Little Les) Milton and Tommy (Toe Tag) Milton, wound up being convicted for carrying out the Holloway slaying. The Milton brothers were tied to a group of eastside drug dealers and extortionists headed by Waymon (World Benji) Kincaid, the reputed No. 1 shot-caller for the entire non-Muslim Black prison population in Michigan.

Kincaid was locked up for a murder he committed as a teenager in 1975. Both Kincaid and Holloway were schooled in street affairs as youngsters on Detroit’s eastside by the old Murder Row crew, also known simply as the Detroit Black mob. Murder Row imploded in the early 1980s in the aftermath of the Michigan Federated Democratic Social Club Massacre and the beheadings of two members and a member’s girlfriend.

In April 1980, Holloway went to federal prison for a robbery conviction and came out in 1985 ready for action. Within a matter of months of walking free, Holloway planted his flag, building a mammoth wholesale cocaine operation with reach into every nook and cranny of the business in the state of Michigan. The multi-tiered organization would grow even bigger in the years to come.

Holloway’s drug empire was vertically integrated and cloaked in a web of shell companies, real estate holdings and offshore-banking protections. At his peak, DEA records estimate he was moving hundreds of kilos per week ac

“Holloway came into the picture like a hurricane,” DeFauw recalled. “One day he’s in prison, the next he’s out here making moves, running the city. It felt like it happened that fast. We’re asking our informants, who is this guy?, where did he come from? He got really big, really fast and changed a lot of the way business was being done. The guy could have taught a class on how to make your dirty money work for you and become clean money. The money he was making was spread out all over the place. It was very difficult for us to track.”

Holloway teamed with his childhood best friend, the flashier and more impulsive Richard (Maserati Rick) Carter, to expand his territory and make contacts in the entertainment and pro sports scenes. He recruited the four towering and brutish Brown brothers (“Rocking Reggie,” “Boogaloo,” “Ghost,” & “Wizard,”) and their “Best Friends” crew to be his enforcement wing. His headquarters was the Chalk & Cue pool hall on Seven Mile and he opened up a chain of shoe and apparel stores called “The Sports Jam,” which Foot Locker was considering purchasing for tens of millions of dollars at the time of his death.

Always having a private jet on standby, Holloway frequently went on lavish gambling-spree weekends in Las Vegas and Atlantic City, famously winning or losing millions at the dice and blackjack tables in single sittings. Him and Maserati Rick were childhood friends with pro-boxing champion Tommy Hearns and would travel with him and his entourage to fights. The Detroit Police Department considered him the most powerful dope boss in the city at the height of the crack epidemic and dubbed him Public Enemy No. 1.

Holloway’s kingdom of cocaine began showing cracks by late 1986, as the Brown brothers branched out from muscle work to wholesale distribution and declared war on their former boss. Ghost and Wizard Brown were killed within days of each other in December 1986.

Come the summer of 1987, Maserati Rick Carter got himself and Holloway entangled in a beef with Eastside drug chief Edward (Black Ed) Hanserd, a one-time customer of the pair turned competitor with a sudden flush supply line out of California. Carter was shockingly shot to death in his hospital bed on September 12, 1988 and in the weeks that followed, Holloway staged his own kidnapping outside a fast-food burger joint and went into hiding.

FBI records allege Holloway was feuding with Benji Kincaid at this time too. Kincaid, according to the records, felt entitled to a piece of Holloway’s profits because it was his connections in the dope game that got Holloway on his feet after his release from prison three years earlier.

On the afternoon of October 8, 1990, Little Les Milton went into the Broadway clothing store and shot Holloway in the back of the head as he was purchasing a pair of designer Ralph Lauren socks at the front counter. Milton snapped his fingers, exclaimed “Got’em” and calmly walked out of the store whistling. Tommy Milton, his younger brother, was waiting on the corner outside in a BMW to whisk him away from the scene. They were convicted of the hit a decade later.

Kincaid had allegedly employed the Milton brothers for extortion duties on his behalf in the past, FBI records contend. The 63-year old World Benji came out of prison briefly in 2017, but was locked back up for a parole violation shortly thereafter.

DeFauw said the feds considered several possibilities regarding where the Miltons got the order from to kill Holloway, including Kincaid and his camp, the two remaining Brown Brothers, Rocking Reggie and Boogaloo, and the Black Ed Hanserd crew. Holloway’s successor, Cliff Jones and his “Monster Squad” got a looksee by investigators as well, according to FBI documents declassified in 2015. The Monster Squad had replaced the Browns and the Best Friends as Holloway’s strong-arm unit.