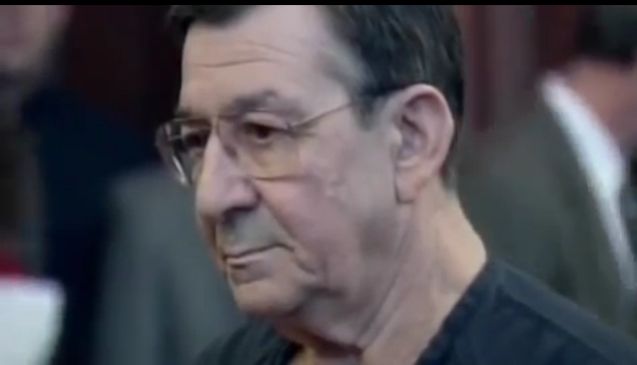 May 20, 2021 – Disgraced former Youngstown (OH) mob don Lenny Strollo died of natural causes this week at the age of 91, living quietly in the shadows of his old mafia kingdom forced to wear the scarlet letter of a cooperator. Strollo was the final mob boss in Mahoning Valley history. He became a government witness in 1997 after an arrest for racketeering and murder and helped state and federal officials make dozens of convictions, which effectively put an end to the mob rule in the area for good. The cooperation he provided got his prison sentence shaved down to just 13 years and Strollo walked free — and back to Youngstown – in 2010.

Youngstown was dubbed “Crimetown USA” or “Bombtown USA” for its rampant mob violence in the 1960s and 70s. The territory was shared by Cleveland and Pittsburgh crime families and tensions between the two groups ebbed and flowed through the decades. By the time Strollo was taking power, the Cleveland mob’s presence in the Mahoning Valley barely existed, if at all, leaving the whole region ripe for the taking by the Pittsburgh group.

Strollo’s run as boss of the Youngstown mafia began in the late summer of 1991 with the murder of his mob rival in the area, Joseph (Little Joey) Naples. His reign continued the tradition of deeply embedded ties into the local justice and political system and made an alliance with the region’s African-American underworld.

Both Strollo and Little Joey Naples were inducted into Pittsburgh’s mob family in a 1987 ceremony, according to court records. Brier Hill Jimmy Prato is alleged to have sponsored them. When Prato retired shortly thereafter, Strollo and Naples began feuding.

Naples was killed by a sniper’s rifle on a piece of property he was building a house on in August 1991. Naples’ brothers were all slain in the Youngstown mob wars of the 1960s.

In order to “make his bones,” Strollo lured Youngstown mob figure Charles (Charlie the Crab) Carabbia to his murder in 1980, per FBI informant files. Carabbia and his two brothers were the Cleveland mafia’s Mahoning Valley representatives at the time. Charlie the Crab’s body has never been recovered. Orlando Carabbia just died last month.