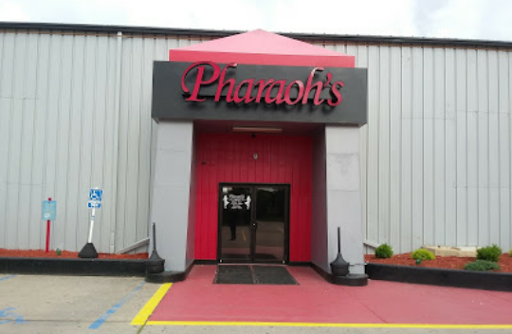 Buffalo biker boss John (Tommy O) Ermin is The Outlaws Motorcycle Club’s International President and only one person removed from reputed Buffalo mafia don Joseph (Big Joe) Todaro, Jr., per recent government court filings related to the drug, prostitution and bribery charges his nephew is facing. The Outlaws MC is a Midwest club, historically based out of Chicago and Detroit, and before Tommy O’s reported ascent to the throne, has never had its seat of power reside on the east coast.

The 51-year old “Tommy O” Ermin is the dayshift general manager at Pharoah’s Gentlemen’s Club in Cheektowaga, owned by Todaro Jr.’s nephew, Peter Gerace, Jr., who is under indictment in federal court out of Western New York for narcotics and sex trafficking. Big Joe Todaro Jr., the owner and operator of the widely-popular La Nova pizza and buffalo wing franchise, has always denied any involvement in organized crime.

Prosecutors unsuccessfully tried to block Gerace, Jr. — free on bond — from returning to work, citing the presence of Tommy O and eight other Outlaws MC members on the club’s payroll, while he awaits his day in front of a jury. Last week, U.S. District Court Judge John L. Sinatra ruled Gerace, Jr. can go back to work running his club before he stands trial.

Tommy O has helped Gerace, Jr. oversee daily affairs at Pharaoh’s for most of the last decade. He has a scant police rap sheet, showing only an April 2010 arrest for assault in a barroom brawl that spilled out into the street. Ermin copped a plea to disorderly conduct in the case and received 30 days of community service as puni

The Outlaws have traditionally maintained a working relationship with Italian mob factions in their chapters’ respective regions. Big Joe Todaro, Jr., 74, was pushed out of his position in the LIUNA in 1990 for his links to the Magaddino crime family.

Those who know Tommy O say he is college educated, a natural leader and an avid artist when he’s not on his bike riding around Erie County. According to those familiar with Ermin’s family life, he lost part of his left leg in a motorcycle accident that tragically killed his wife.

“Tommy O is a mover and shaker in the biker world these days,” biker gang investigator Steve Cook told The Buffalo News.

Informants have told the FBI and U.S. Prosecutors that Ermin holds Outlaws MC chapter meetings, known as “church” in club circles, Wednesday nights at Pharaoh’s. Ermin survived a battle with COVID-19 last summer where he was hospitalized on a ventilator and in a coma for two weeks. He did an interview with a local podcast discussing his bout fighting the Coronavirus in the fall.

Per ATF documents, Ermin is spearheading a New England expansion of The Outlaws MC brand, targeting Massachusetts, Vermont, Connecticut, Rhode Island, New Hampshire and Maine for placement of new chapters and absorbing of smaller clubs in “patch-over” ceremonies. Todaro, Jr. is currently the subject of a multi-pronged federal assault involving a number of different state, federal and international criminal investigative bodies, according to multiple sources.

The feds are circling Big Joe Todaro, Jr. say sources in the U.S. Attorneys Office in Western New York, looking to jam up as many of his associates as they can in hopes of squeezing a racketeering case against the Todaro regime out of them. Todaro Jr.’s other nephew, Anthony Gerace, is on his way to prison for drug and weapons convictions and an alleged dirty DEA agent is on his way to trial on bribery and extortion charges.