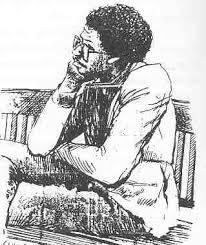 July 5, 2019 — His drug dealing days appear to be behind him. Sketchy real estate deals, those might be another story.

Back in the 1980s, Sylvester (Seal) Murray was one of the biggest drug world figures in Detroit, Michigan, a high-ranking lieutenant in Young Boys, Incorporated (“YBI”), the most impactful and infamous of the city’s many corporate-styled narcotics rings during the freewheeling, neon-spangled Reagan era. This week, Murray, a reverend, found himself the focus of an investigative report broadcast on the local Detroit Fox television affiliate (Fox2’s Problem Solvers), questioning the ethics of land purchases made by his Come Back Home Ministries, one of which resulted in a man’s house being placed on the market without him knowing it. When the man, who has a deed demonstrating rightful ownership of the property, contacted Murray’s business associates, he was asked for $15,000 to make the problem go away.

The one-time drug boss and the Come Back Home Ministries he heads are in the controversial “bulk portfolio” real estate industry, where property buys are done in bundles, usually including lots of land in shady neighborhoods and properties in disrepair. Some researchers find the bulk real estate trend damaging to the community and an example of vulture capitalism at its worst.

Murray, 65, hasn’t been in trouble with the law since he was released from his last prison term 16 years ago. In December 1982, he was indicted as part of a colossal round up of nearly 50 leaders, workers and associates of YBI, an organization founded on Detroit’s Westside in the late 1970s and instrumental in changing the way drugs were sold, transported and marketed in the Midwest dope game.

At the peak of its power, YBI was clearing a million bucks per week in profits and dominated virtually the entire Motown heroin trade. Known for being suave and shrewd, Murray was YBI’s supply boss and a top advisor to YBI founders Milton (Butch) Jones, Raymond (Baby Ray) Peoples and Dwayne (Wonderful Wayne)

YBI pushed heroin on elementary school play grounds using kids as young as 8 and 9 years old as their core dealer base on the street. The organization transported most of their drugs and money in taxi cabs. Members were known to wear Adidas gear and footwear, fur-lined Max Julien jackets and campaign hats referred to as “Boaters” or “John Dillinger caps.”

In the months preceding the 1982 bust, Jones allegedly had Davis murdered after Davis tried to break-off from the group and start his own gang. Following the bust, Jones and Peoples had an ugly falling out, with Peoples orchestrating a robbery of Jones’ suburban home and Jones in turn ordering the executions of Peoples and his co-conspirators.

Baby Ray Peoples was slain behind the wheel of his car in the summer of 1985. Jones is currently serving a life sentence in state prison for unrelated murders he ordered in the 1990s as the head of another gang called The Dawg Pound.

Former YBI crew chief Darryl (Stoney Roney) Terrell was indicted on drug trafficking charges out of Detroit in 2017. Terrell was a frequent companion of both Butch Jones and Seal Murray in YBI’s heyday of the early 1980s.

According to a 2011 bankruptcy filing, Murray owed the IRS $14,000,000. FBI surveillance teams followed Murray to several meetings with Italian mobsters in Detroit to discuss narcotics business.